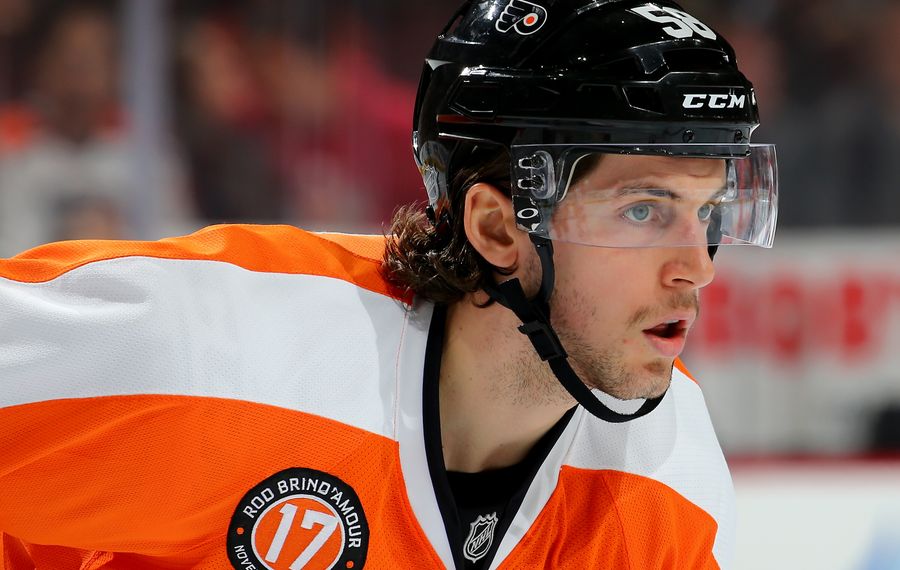 ROCHESTER – After spending his entire career in the Philadelphia Flyers organization, Taylor Leier has quickly acclimated to the Americans and his new surroundings.

On the ice, Leier has scored nine goals and 16 points in his first 24 games since arriving in a Jan. 17 trade that sent Justin Bailey to the Flyers organization.

Off the ice, Leier, a self-proclaimed “foodie,” has found some local restaurants he enjoys. He also frequents Wegmans, a grocery store he discovered in Pennsylvania.

“I was real happy when I saw that was here,” Leier said recently.

Rochester also offers Leier, 25, an opportunity to pursue one of his passions, fishing. “I’m like a fishing fanatic,” Leier said.

“As soon as the ice froze over, I got out there,” Leier said.

Smith owns a portable hut they secure by pounding pegs in the ice. They also bring along a heater and some chairs.

“Next thing you know, nice and cozy,” Leier said.

Sitting for hours at a time on the ice offers Leier a much-needed respite from the grind and pressure of pro hockey. He said the peacefulness he experiences fishing has helped his transition to the Amerks “100 percent.”

“I want to do the best I can in hockey,” Leier said. “Sometimes I get, like, obsessed. When I get the chance to do different things I like to do, too, like ice fishing and kind of not think about hockey, I think that helps (me) come back to the game feeling more refreshed and not so overwhelmed sometimes.”

In Rochester, Leier loves catching perch he can fry and eat. At home in Saskatchewan, he invites his friends, packs a lunch and takes his boat out looking for pike, trout and walleye.

“I love … having my phone off and just doing me,” he said.

Leier developed his love of fishing growing up. After school ended, his family would leave Saskatoon and spend the summer about two hours north at a cabin on Emma Lake.

He and his father, Tim, would go out every morning. Meanwhile, his mother, Cindy, and brother, Keaton, would stay back.

“I would wake my dad up in the morning,” Leier said. “Me and him would go together with our dogs every day.”

Leier would eventually grow more interested in fishing than his father.

“I think he really just liked being with me more than fishing sometimes,” Leier said. “But I was obsessed with it.”

Leier and his family still spend summers on Emma Lake. He bought his own boat when he was 18 and started earning his own money. Two summers ago, he sold it and purchased a 2017 Pro Angler Smoker Craft, the boat he always wanted.

“I usually train in the morning and I’ll go (fishing) for the rest of the day or the evening,” Leier said. “You just don’t worry about anything other than fishing. It’s a good mind break. I think the rush-and-go lifestyle, it’s everywhere now. I just really try to give my mind a break sometimes and it helps a ton.”

Leier has contributed a ton to the Amerks, compiling six goals and nine points in the last eight games.

After spending all of last season with the Flyers, Leier took a positive approach to returning to the American Hockey League. The experience, he believes, has been valuable for his confidence.

The last two months, of course, have been a whirlwind for the former fourth-round pick. He left the organization he grew up in and the AHL team, the Lehigh Valley Phantoms, where he played 226 games over four seasons.

“I’ve adjusted well,” Leier said of coming to Rochester. “I kind of just go with the flow and just try to stay true to my game and not really change too much. I’m playing with a lot of good players and I’m pretty happy with my game as of late. The coaches are kind of giving me a pretty long leash to do my thing.”

Given his age, versatility and production, Leier could earn a recall to the Sabres someday, perhaps as a third- or fourth-liner.

Overall this season, he has scored 19 goals, one off his career high.

Leier has been playing center regularly instead of left wing for the first time in his life. Taylor watched video of him taking faceoffs with Lehigh Valley and became intrigued.

But Leier was only in the circle because his regular center had a sore wrist.

“He reads plays very well, he’s a guy I think that he looks at his wingers and he can make plays,” Taylor said. “He’s a good passer. So I felt like I could trust him more than anybody at that time to play center. It’s worked out.”

Leier said it took him a little time to find a rhythm in the middle.

“You get a lot of touches on pucks,” Leier said. “I like being engaged right off faceoffs. I’ve probably played around 20 games now at center my whole life. I grew up playing defense, then I liked scoring too much, so I switched to forward.”