When Cantina 62 opens in Shea's Seneca on April 1, it will be exactly a year since owner Matthew Krupp lost the restaurant's lease at 2723 South Park Ave. in Lackawanna over a conflict with his landlord.

The year hasn't been easy, as Krupp hoped to find a new location for his taqueria and open within six months, but construction delays at Shea's Seneca extended the wait. In the meantime, his attempt to revive the Lackawanna Grove Bar, with co-owner Morgan Crewson, met brief success before closing at the end of 2018.

"It's been tough," Krupp said. "I don't know if I would have kept going if [Cantina 62] wasn't such a loved brand. People in the community really loved what we were doing [in Lackawanna]."

The second food-and-drink tenant to open in Shea's Seneca (2180 Seneca St.), alongside Bottle Rocket Beer Reserve and eventually Public Espresso, Cantina 62 will occupy 1,800 square feet, roughly twice the size of its previous spot. Otherwise, the Mexican-American restaurant will share much in common with its previous location, which lasted three years.

The food menu will be identical, highlighted by the Nachorrito (Spanish rice and beef smothered in sofrito, queso, enchilada sauce and sour cream, served over nachos, $13.25) and the Philly cheesesteak specialty taco ($4.75), as well as more burritos, tacos and nachos. Krupp said rice bowls would be tacked on soon, too.

The setup will be fast-casual, with employees taking orders at the counter but diners receiving some attention at their seats. The dining area is a similar size to the Lackawanna location - about 45 seats - but with considerably more elbow room, Krupp noted.

Limited by the layout in Lackawanna, Krupp has helped design a more spacious bar area in Shea's Seneca, with a temporary liquor license possible by the opening date. The focus will be on margaritas (frozen available, too), as well as harder-to-find Mexican beers (not Corona, in other words) and sangria. 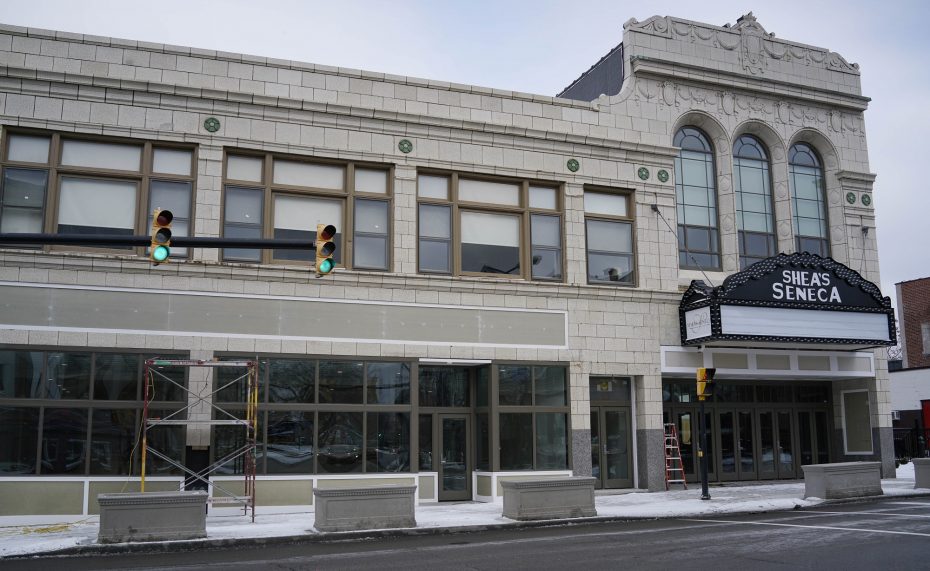 A selection of canned non-alcoholic drinks, with flavors such as tamarind, mango lemonade and tropical punch, will be available, and may be ordered mixed with vodka, too.

Although Cantina 62 will initially open at 11 a.m., Krupp intends to add breakfast hours around Cinco de Mayo. Fresh options will be added such as fruit salad and smoothies.

Despite the delays, Krupp said he enjoyed the opportunity to help with the design process alongside Schneider Development, which has redeveloped Shea's Seneca.

"The momentum of [Shea's Seneca] really drew us in," Krupp explained. "We were the last committed tenant in on the project. It's nice to be a part of a group that complements each other."

INFO: Cantina 62, 2180 Seneca St. in Shea's Seneca. Hours: 11 a.m. to 10 p.m. daily, with potential for later hours on weekends. The owner noted that there are still positions available for hire, through their Facebook page and website.