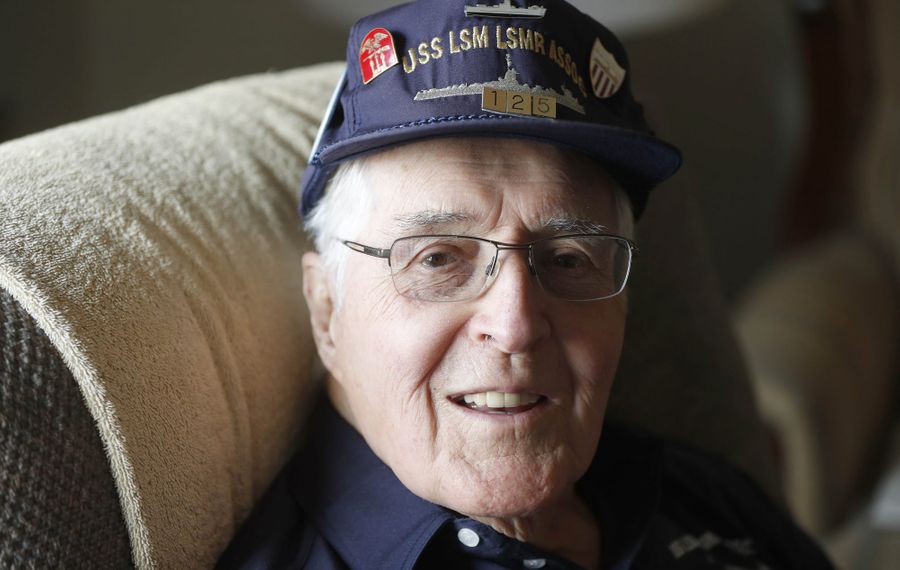 Sometime in the late spring of 1945, Allen Judd remembers going up on the deck of his Landing Ship Medium, an amphibious assault ship that was anchored off the shore of Okinawa.

As some of his buddies played cards below decks, Judd saw the fierce battle raging on the island. He heard the booming of mortar shells and watched tracer rounds and star shells light up the night sky.

"You're thanking God that I wasn't there, that I wasn't part of it," Judd said 74 years later, when asked what was going through his mind.

The Riverside native, who enlisted in the Navy just before he turned 18, emerged unscathed from the fighting in the Pacific to return to Buffalo and his parents, before marrying and starting a family of his own.

Even after losing his wife of 46 years, and a dear companion after that, Judd's spirits and sense of service remain strong.

"My philosophy has been for years that the reason we're put on this earth is to help everybody who can't help themselves. And I've been living by it ever since, and they tell me I've done good," Judd, now 93, said in an interview in his apartment in the Ken-Ton Presbyterian Village.

Judd was still in school at Buffalo Technical High School when his older brother, Arthur, was a bombardier flying missions on B-26 bombers during World War II.

Judd decided he didn't want to wait to be drafted, so he went to the local recruiting office. He said the Marines wouldn't take him because he wore glasses, so he picked the Navy.

On his 18th birthday, in February 1944, Judd headed to basic training on Seneca Lake.

He made several other stops for specialized instruction to learn how to tend the diesel engines on a Landing Ship Medium. The transports carried tanks, other vehicles, equipment and troops right up to the beach during an island assault.

Judd and the rest of his crew picked up their ship, the LSM-125, in Galveston, Texas, then rode it through the Panama Canal and out to San Diego. From there, in March 1945, they set off for the war in the Pacific. 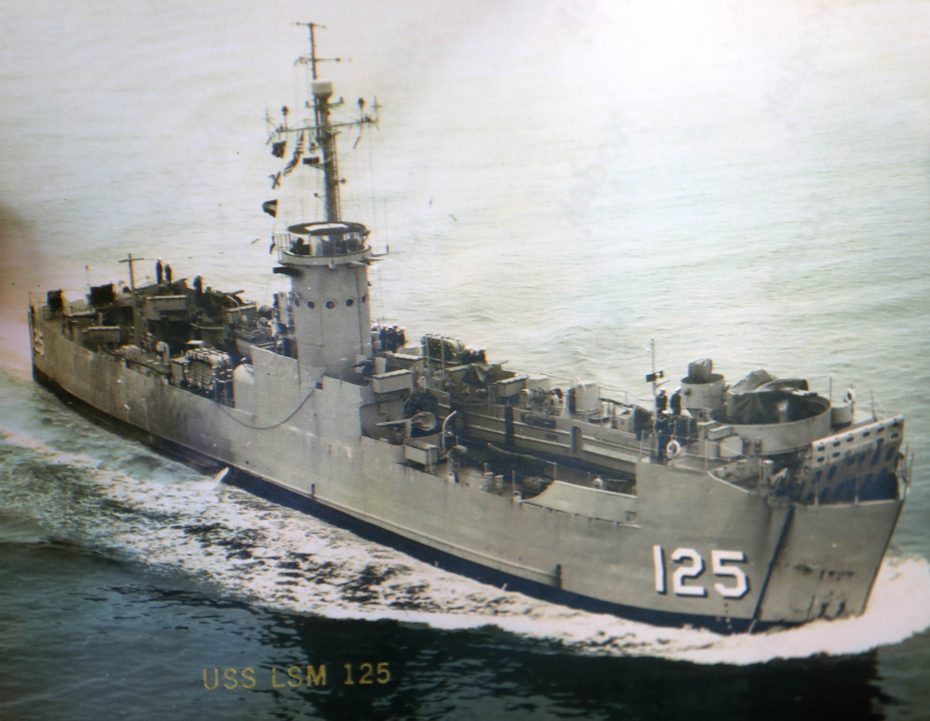 The LSMs were low to the water's surface, Judd remembered, and the crew clearly saw all manner of sea life, including hammerhead sharks, flying fish and enormous sea turtles.

When they passed through Pearl Harbor, Hawaii, the site of the Japanese attack 3 1/2 years earlier, a large oil slick coated the waters.

"You could still see the destruction. One ship was laying over on its side," Judd said.

They traveled to the Philippines, the Solomon Islands, Korea and Malaysia, among other stops during and after the war.

In August 1945, while the ship was in a harbor in Guam, the crew heard over the radio the news of Japan's surrender. "The place exploded," Judd recalled. "Everything that could make a noise, did."

He was discharged with the rank of engineman 2nd class in May 1946. He later was called up from the Navy Reserves in the early 1950s during the Korean War. He was stationed in the Algiers section of New Orleans, a short ferry ride from the French Quarter.

After World War II, he went back home to finish his diploma at a high school for veterans. He then used the GI Bill to attend Canisius College and the Rochester Institute of Technology, where he studied photography.

He worked in several photo studios and photo processing labs and, on weekends, took wedding photos. He was a full-service photographer, carrying in his bag hairpins, sewing needle and thread, smelling salts, rain bonnets and other items his subjects may need.

His wife, Doreen, died from cancer in 2001. Later that year, Judd moved into the senior apartments in the Town of Tonawanda where he still resides.

Judd and a dear friend, Madeline, later traveled to Mexico, Hawaii, Alaska and other destinations before she died about seven years ago.

Judd, who has a son and daughter, was an active volunteer through St. Mark's and All Saints' Episcopal Church in Riverside, working with a food pantry and delivering nondenominational communion to seniors, until a few years ago.

He earned a first-degree black belt in judo years ago and still works out regularly, lifting weights in his apartment and doing pool exercises at the Belle Center.

Speaking of veterans of his generation, if called to service one more time, Judd said, "We'd do it again if we had to. We'd do it, even now."