Drugs. Divorces. Heartbreak of all kinds, and the songs to go with it. The run of Fleetwood Mac has been anything but boring—including the band's latest roster shakeup. Now back for more and headed to KeyBank Center at 8 p.m. March 26, here's a quick look at the band, and what to expect at the show.

Current tour’s lineup: After the latest departure (voluntary or otherwise) of Lindsey Buckingham last April, the band features its most cherished quintet (Christine and John McVie, Fleetwood and Nicks) while adding two notable names: longtime Crowded House frontman Neil Finn, and the heart of Tom Petty’s Heartbreakers lineup, guitarist Mike Campbell. Finn will handle Buckingham’s vocals and Campbell will tear through cuts like “Go Your Own Way” with a whole new vigor. 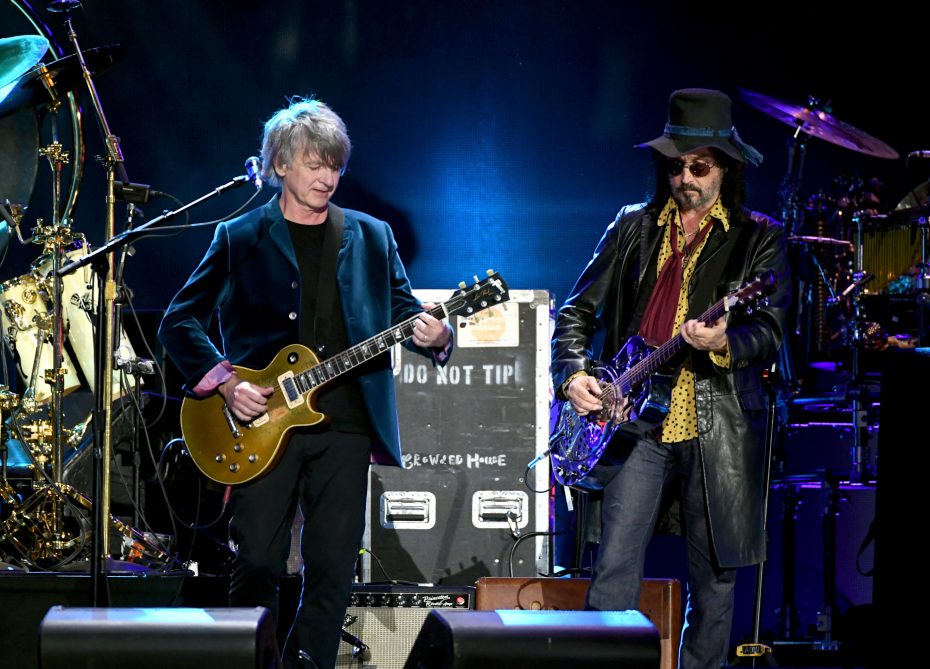 Addition through addition: What happens when an iconic band adds two musicians with their own cherished work? They make sure they know the new material—then coax them into reviving some of these past hits for surprising on-stage collaborations. This tour already has featured regular performances of Finn’s slow-dance classic “Don’t Dream It’s Over.” And though he admitted to Rolling Stone last year that he was reluctant to do so, Campbell is leading the Mac through a rendition of Petty’s cherished “Free Fallin’” as part of the encore—so keep your Bics handy.

What to expect: Will it be weird to see the band perform without Buckingham? Yes. Songs like “Second Hand News” and “The Chain” are so stamped by the singer’s vocal and persona that it’s hard to imagine anyone else on either. Yet the reconfigured band has regularly churned through both on its earlier tour stops. Intersperse these favorites between Nicks-fronted hits like “Landslide,” the cowbell of Christine McVie’s “Hold Me,” and the band’s timeless “Dreams” and longtime fans will find plenty of their own past to celebrate.