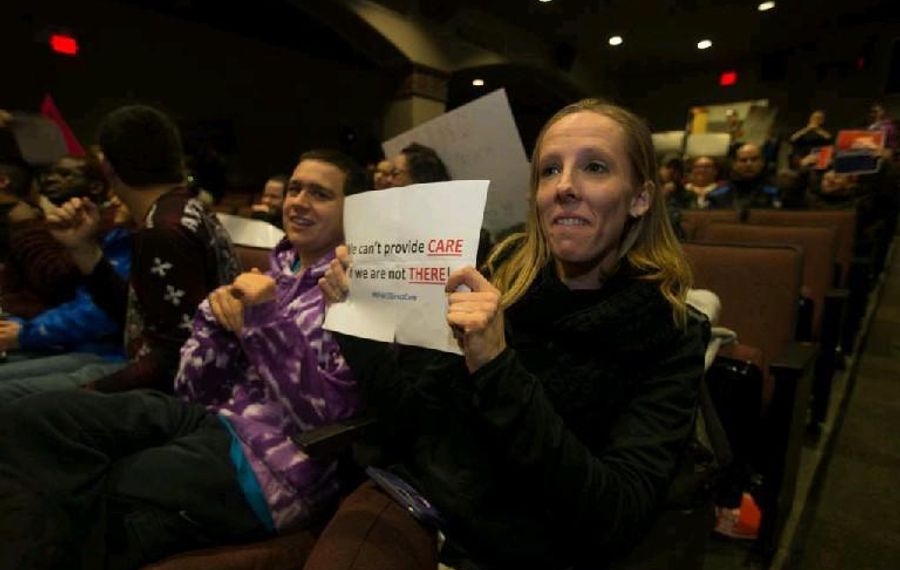 As the pace of Albany’s budget negotiations quickens and state officials governor work to close a $2.3 billion hole, critical funding priorities remain. One involves the plight of direct support professionals and the not-for-profits that hire them.

That group is asking for $55 million more in statewide funding to increase hourly pay from minimum wage standards to living wage. Average salaries for direct support professionals would be $17.72 in the New York City/Long Island region and $15.54 in other parts of New York.

The problem is the money. Advocates make a fair point when they say that the demands of the job far exceed the pay, with hourly wages between $11.10 and $14.60.

One of the unintended consequences of state minimum wage policies and a tight job market is that direct service professionals can make more money at a fast food restaurant or in retail, for example, where managers and owners increase may wages $2 to $3 an hour to attract workers.

That’s happening. The work might be less fulfilling and not in line with the goals of many college graduates who want to work with the developmentally disabled, but they still have to pay the rent and keep the lights on.

Organizations such as People Inc. that heavily depend upon state funding to pay their direct support professionals are asking for a living wage. It would slow the churn.

Data from 2018 demonstrate the need. Turnover and vacancy rates are soaring: 14.3 percent of all DSP jobs were vacant last year, up almost 80 percent from 2014, when the rate was 8 percent.

The workforce is heavily populated by women, African-American and Hispanic/Latin community members. Like other industries that have been under pressure, those employing direct support professionals find themselves unable to react to the current marketplace forces. In this case, wage increases are needed to keep and attract vital workers. The companies should also commit to reviewing their policies and procedures to ensure they are using their resources effectively.

The direct service professionals’ campaign points to the final 2017-18 state budget that included funding for the first two phases toward a living wage. However, an additional four installments are necessary to fulfill that living wage.

Gov. Andrew M. Cuomo, they say, agreed a couple of years ago to the six-phase, committing to the first two phases but not the rest. The increase is included in the Assembly and Senate one-house budget bills, which offers hope for negotiation.

Legislators and the governor must cobble together a budget that is fair and affordable. In doing so, they should consider the case of direct support professionals and, more importantly, the largely voiceless population they serve.