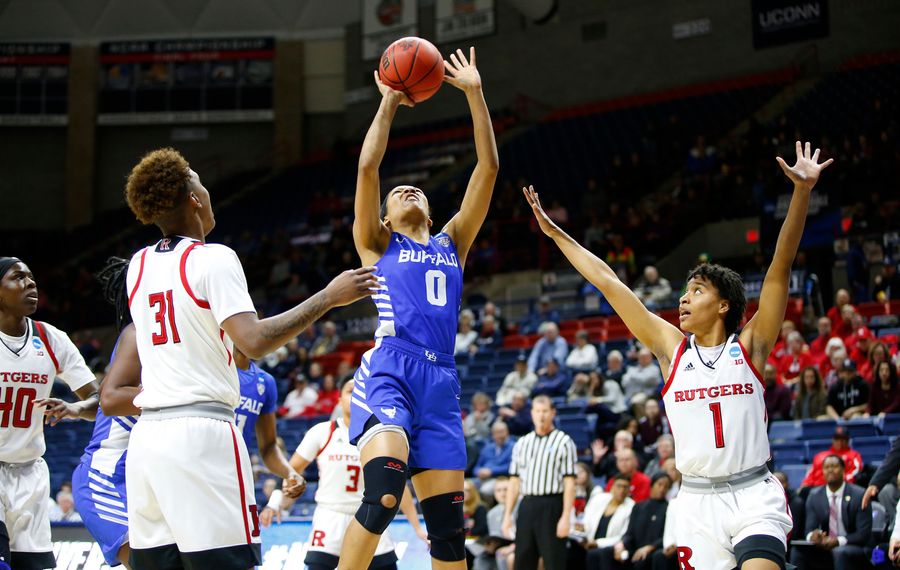 But most of all, she missed her teammates.

The University at Buffalo junior forward was academically ineligible for the first semester, which caused her to miss the first eight games of the season. Hemphill said that time on the shelf taught her a valuable lesson — to not take anything for granted — and her return has provided the Bulls a fearsome force in the frontcourt.

“It was extremely difficult to go through that and be around my sisters all the time but not be able to travel with them and play games with them,” Hemphill said, “but to be there in practice with them. It hurt a lot, but it built me as a person and helped me grow and look at things from a different outlook and to learn not to take for granted the things that I have, as it can obviously be taken away, as the first semester was taken away. And I’ve learned a lot during that time. But it was extremely difficult to not be a part of the team.”

The 6-foot-1 Hemphill, a Buffalo native and Cardinal O’Hara product, has been a key contributor to the Bulls’ run to a Mid-American Conference tournament championship and a third NCAA Tournament appearance in four years.

The No. 10-seeded UB women will play No. 2-seeded and perennial powerhouse Connecticut in the second round of the NCAA Tournament at 7 p.m. Sunday at Gampel Pavilion. The Bulls are trying to advance to the Sweet 16 for the second consecutive season. 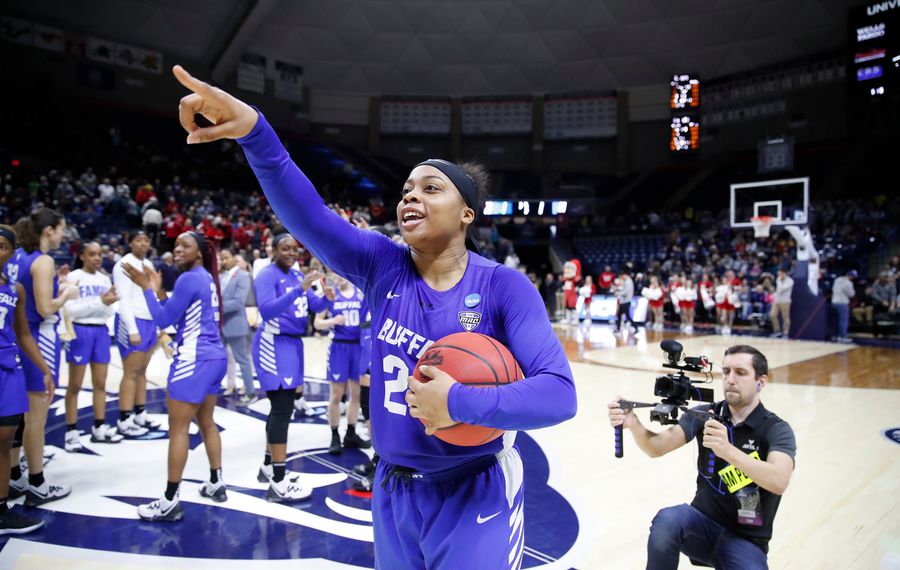 Hemphill helped secure a berth in the NCAA Tournament by grabbing a MAC tournament record 21 rebounds in UB’s conference title game victory against Ohio, adding 16 points, four assists, two steals and a block. She was named to the all-tournament team, along with teammates Cierra Dillard and Hanna Hall.

Hemphill additionally scored 12 of her game-high 23 points in the fourth quarter of UB’s first-round NCAA Tournament victory against Rutgers on Friday night. She also grabbed a team-high seven rebounds and had two assists, a steal and two blocks.

“I think Summer is the best post in the MAC conference,” UB star guard Cierra Dillard said. “I think she’s one of the best posts in the country. I think that a lot of people don’t get to see the extraordinary talent because we don’t get a lot of shine on the big stages and TV time and since we’re a mid-major, a lot of people don’t talk about us a lot. But when we’re on this stage, you see the prolike skills in her, and you see the pro that she has the potential to be. To be only a junior and do what she does is amazing.”

UB posted a 6-2 record without Hemphill in the lineup. But her addition made a strong team much more formidable.

Hemphill returned to the court on Dec. 18 for a 75-69 victory at Dartmouth, where she poured in a career-high 24 points and grabbed 14 rebounds.

“It was really easy because Summer is such a workhorse,” Hall said. “It was easy to get her back into the game, and she’s so athletic, and honestly she never took a day off, even when she was out she was always super involved in every single practice, so that’s important. But Summer is a really good leader by example, and she just works hard and the way that she rebounds and does all the hustle plays — our bigs have to kind of match her level of intensity. So it was really easy and really good for us to have her back so that everyone else could kind of pick their intensity up.”

She went on to average a double-double this season, with 14.3 points and 10.6 rebounds per game. She’s recorded 13 double doubles this season.

“I’m a team player,” Hemphill said, “Being from Buffalo and being able to play for my city, that means a lot to me and I would just love to continue winning and making this city proud.”