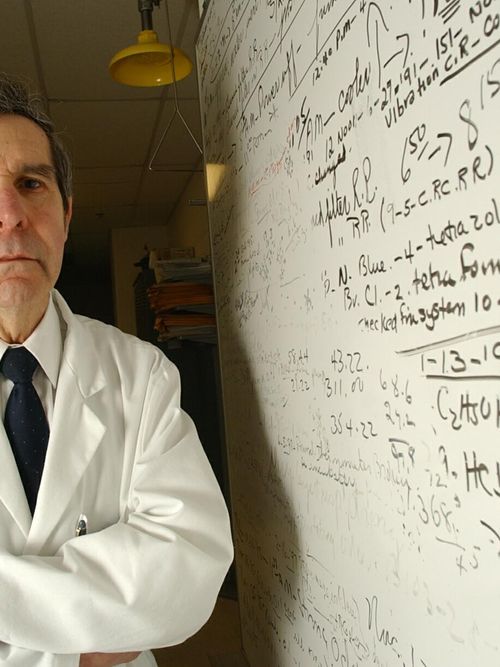 Even in retirement, he could still be found working at the Veterans Affairs Medical Center in Buffalo.

"I think in order to age gracefully one has to keep occupied," he told The Buffalo News in 2003, when he was 77.

The same held true at his home in North Buffalo. It was common to see Dr. Binette mowing his lawn or gardening, even into his 90s. He was a nature lover who drew a loyal following of birds and squirrels to his property by feeding them.

Dr. Binette was also a people person, chatting with the head pharmacist at the nearby CVS or with employees of the bakery he frequented. He was also a devoted father and husband, a relationship that extended to work: Dr. Binette and his wife, Margaret, worked together in a lab, and their studies together were published in scientific journals.

Dr. Binette died Friday in the Harris Hill Nursing and Rehabilitation Facility after a long illness. He was 93.

Born in Bromptonville, Quebec, he earned his medical degree at the University of Montreal, and served in the Canadian ROTC. Dr. Binette had wanted to be a pilot, but poor eyesight in one eye kept him from pursuing that dream, said his daughter, Janet Binette.

He performed his residency at Boston City Hospital before accepting an invitation from Dr. Evan Calkins at the University at Buffalo to join a newly formed geriatrics medicine program, Janet Binette said. He and Margaret married in Massachusetts.

Thus began Dr. Binette's long career in Buffalo, which included working at Buffalo General Hospital, Meyer Hospital and the VA. He continued to teach first- and second-year medical students at the UB School of Medicine, instilling in them a sense of curiosity and a love for learning, Janet Binette said. In 2012, Dr. Binette received an award recognizing his 50 years of service to UB.

At the VA, Dr. Binette and his wife researched proteins, including looking into possible causes of Alzheimer's disease and dementia, Janet Binette said.

At work, Dr. Binette was known for always asking questions on rounds. "He would challenge his students to speak and to ask questions, and to listen," his daughter said. "He emphasized listening to the patient and their family members as well. He looked at the whole picture."

At home, Dr. Binette would feed the birds through the winter, and provided them with birdbaths in warmer weather. Generations of birds, including cardinals, seemed to flock there. "The neighbors all enjoyed that," Janet Binette said. "He and my mother turned some neighbors into bird lovers as well, who didn't really know much about birds before." The squirrels received treats from him all year long.

Janet Binette said her father was a humble, compassionate person who was committed to his wife. Margaret Binette died over a year ago, just shy of the couple's 63rd wedding anniversary. Dr. Binette helped care for her at home in her last years of her life.

Along with his daughter, Binette is survived by a son, George; a brother, Renaud; and one granddaughter.

A service will be held at noon, Thursday, March 28, at the Forest Lawn Cemetery Historical Chapel.