Ryan Ploetz has been working nearly around the clock at his maple farm this week. Four hours of sleep on Tuesday night. Two hours on Wednesday.

But a lack of sleep led to a lot of maple syrup – more than 425 gallons in less than a 48-hour period.

"Ever hear the saying when the sun shines, you make hay?" said Ploetz, 32. "Well, when the sap runs, you make syrup."

For Ploetz, owner of Ploetz's Maple Syrup in Concord, and Western New York's other many syrup producers, they have had some huge weekdays of production while preparing for their biggest showcase of the year: Maple Weekend.

The misleadingly named Maple Weekend – it runs this weekend and next – is a celebration of New York's maple syrup heritage. Ten Erie County establishments as well as many more in Wyoming (11), Chautauqua (five), Cattaraugus (four) and Allegany (three) counties offer a variety of activities this weekend, including all-you-can-eat pancake deals, hay rides and an opportunity to watch the syrup-making process. Details about the weekend are available at mapleweekend.nysmaple.com.

That syrup-making process has to be strictly monitored when the sap is flowing, as it was during this week's springlike weather, a two-day run that Ploetz described as "one of the best runs we've had in the last few years, quantity and sugar content-wise."

It takes about 40 gallons of sap to make 1 gallon of maple syrup. For Ploetz, that means keeping track of 7,000 taps in trees on his family's land as well as in other woods he leases, transporting tanks of sap to his sugar shack at the end of Dowd Road, where he and his uncle, David Ploetz, run machinery that helps distill the sap to syrup. Ryan Ploetz said he is more than one-third of his way to his goal of 3,000 gallons of syrup this spring season. 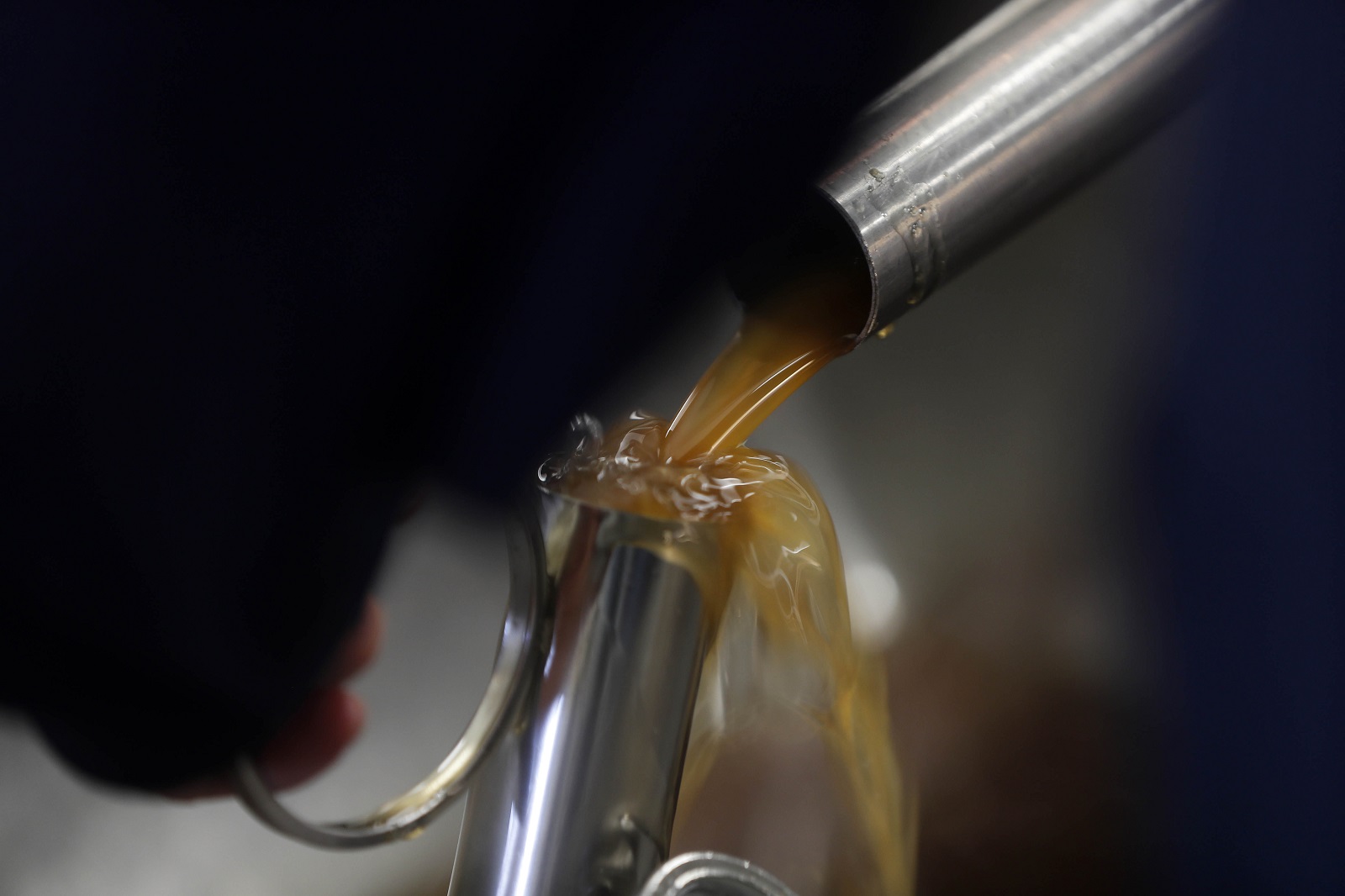 Ploetz's family has been involved in producing maple syrup for a century. There was a five-year gap in the 1990s that was restarted in 1998 when Ploetz, as a 12-year-old, was four-wheeling when he found some taps that had been leased on the Ploetz's land by the Springville Future Farmers of America. He found buckets that were full and frozen.

"What do you do when you're 12 years old and you see something frozen?" he said. "You gotta lick it, right?

"And it was sweet, and I'm like what the heck? I came back with a million questions for my father."

His father, Keith Ploetz – who runs Ploetz Dairy Farm – showed Ryan how it all worked, helping the 12-year-old tap seven trees. Ryan collected sap in seven buckets and boiled down syrup over a fire. "I boiled on that little flat pan over our campfire pit on concrete blocks," Ryan said, "and made a gallon and a half of syrup."

Ryan Ploetz kept working at making syrup year after year, part hobby and part business and part something else. As the sign hanging in the sugar shack reads, in a saying attributed to Ryan: "Maple syrup making is not a business or a hobby, it's a passion."

The sap-to-syrup process begins with tubing that runs from taps to tanks, which effectively replaces the bucket method. Ploetz uses vacuum pumps on the tree to "trick" the trees.

Ploetz hauls in the sap by truck, tractor or wagon to the sugar shack. There it goes through a reverse osmosis machine, which takes the water out of the sap and increases the boiling rate of the sap. Once there's enough concentrate – "the sweet sap," as Ploetz says – it is run through an evaporator, where it enters as sap and comes out filtered, and then is bottled for retail or selling in bulk.

The evaporator is a shiny silver machine the size of a pickup truck, with enough valves, gauges and tubing to make it look like something out of Willy Wonka's factory. That evaporator will be running this weekend inside Ploetz's sugar shack, where diners can enjoy all-you-can-eat pancakes while the evaporator fills the room with the smell of syrup.

Across from the evaporator hangs, in a frame, the "firing jacket" that Ryan's late great-grandfather, Bruce Luno, used to wear while boiling syrup. Ryan says it hangs in that room for good luck.

Based on what happened this week, it works.