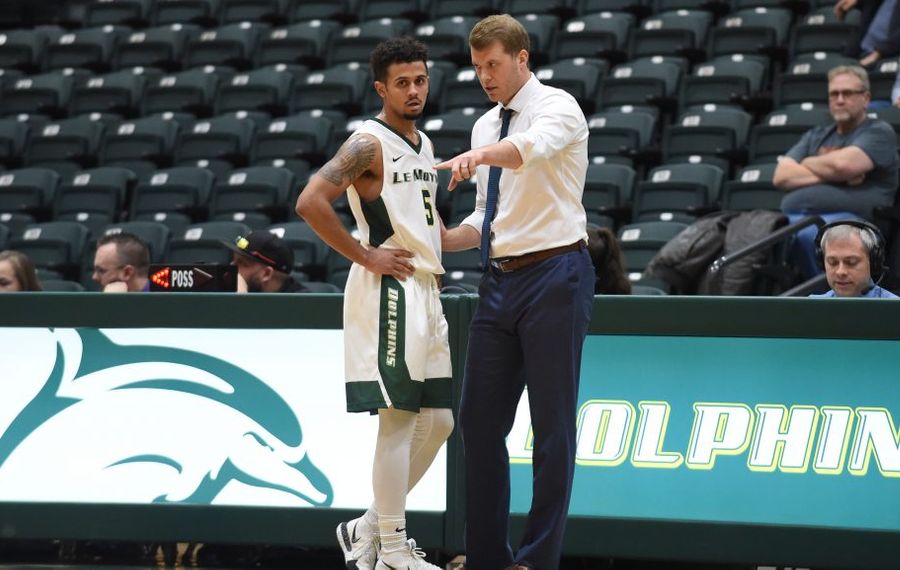 Jeff Goodman of Stadium.com reported Friday on Twitter that Patrick Beilein is "in the mix" for openings at Niagara and at Mercer University in Macon, Ga. Neither Patrick Beilein nor Priority Sports Management, which represents Beilein, has responded to a request for comment.

"The search for our next men's basketball coach is progressing, but we will not comment on individual candidates," the Niagara athletic department said in a statement to the News.

Le Moyne head coach Patrick Beilein is in the mix at both Niagara and Mercer, source told @Stadium. Beilein is the son of Michigan head coach John Beilein.

Patrick Beilein recently completed his fourth season as head coach at LeMoyne College in Syracuse, where he is 77-41 overall and 55-25 in the Northeast-10 Conference. Beilein has led the Dolphins to berths in three Division II NCAA Tournaments, including this season. Saint Thomas Aquinas defeated the Dolphins, 61-59, on March 16 in the first round.

Beilein's father, John, is a Burt native who is in his 12th season as head coach at Michigan. The Wolverines face Florida in a second-round NCAA Tournament game Saturday in Des Moines, Iowa.

Niagara fired Chris Casey on March 11, four days after Monmouth eliminated the Purple Eagles from the first round of the MAAC Tournament in Albany. In six years at Niagara, Casey had a record of 64-129, including 39-77 in the MAAC.