It began with a scheduled trip for my wife and I, to a grandson’s graduation in North Carolina. Three of our five children live near the Charlotte area, and not seeing them as often as we would like, this presented welcome family time together.

After arriving, we settled in at my daughter’s home, a couple of days prior to the trip to Raleigh, for the graduation ceremony. I received a call informing me of the sudden passing of a friend. I was shocked having seen him only days before.

Pat was an ex-marine, teacher, sports coach, and someone who always stepped forward to volunteer where needed, as well as my friend. The next day, I found the funeral home site online, furnishing the obituary and guest book information. In the guestbook, I noted to his family that I was out of town, and regretted not being able to see my friend one more time.

I expressed my gratitude for his friendship, his knowledge, and his humor, and that he would be missed.

That afternoon, my wife, my two granddaughters, my daughter (our driver) and I, set out on the two-hour drive to Raleigh, for the graduation ceremony. As we proceeded, directions on my daughter’s cellphone app gave us programmed routes to our destination. About an hour into the trip, the app suggested an alternate route, to save time. Although it seemed we had reversed our progress, sometime later the voice on the phone barked out an upcoming turn to make.

Taking in the surroundings, I did not clearly hear the name of the road to watch for. As we approached the rural intersection, my attention was drawn to a small cemetery, right on the corner of that turn. There were maybe 50 headstones, boldly standing, linking the past to the present.
I got a chill as I looked at the street sign above. Not a common last name, it was the name of my recently departed friend. It took me a moment to mentally digest what I had just witnessed, as I then passed this on to my family. 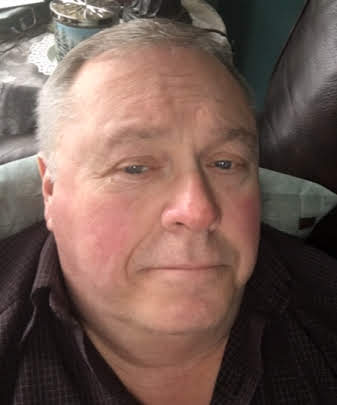 The car went silent for a moment. We then discussed the sequence of events that unfolded, concluding there was no explanation.
As we drove on, I kept putting the pieces together in my mind. Being offered the route change and accepting. The cemetery on the immediate corner. And, my friend’s name on the street sign above.

Coincidence? Maybe, but on another level, I’m not convinced. Was there communication still taking place?

We had formed a close friendship over the years, and touched upon many subjects. This included the past and what might be in the future. I felt the possibility of him visiting me one last time, as I optimistically welcomed the thought of this being a reality.

We arrived at our destination for the graduation and celebrated the day as proud grandparents. Although I remained engaged throughout the family gathering, I was occasionally distracted, revisiting the event that occurred.

When I detail this to friends and associates, some, unconvincingly, try to explain it away. The majority arrive at the same conclusion as I have. Rest in peace my friend. You are missed. There goes that chill again.

John Curr, of West Seneca, had a mystical experience on the road in North Carolina.