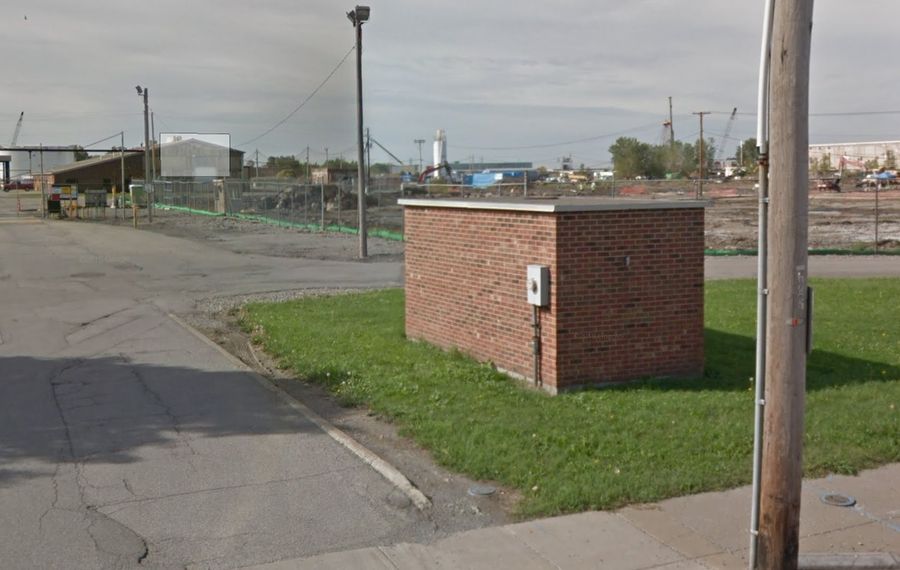 Krog Corp. is planning to demolish an old laboratory building that was used by ExxonMobil Corp. as part of its environmental cleanup and reuse of the Elk Street site.

The Orchard Park-based industrial developer received approval from the city Preservation Board Thursday to allow it to tear down the 3,000-square-foot building on the Buckeye Terminals property, located at 625 Elk.

It's part of a larger 31-acre parcel that Krog is remediating through the state's Brownfield Cleanup Program, under a previous agreement with ExxonMobil from a year ago when it purchased nearly half of the former refinery property along the Buffalo River.

Krog President Paul Neureuter said in a letter to city officials that the brick and corrugated metal building has been abandoned for several decades and is in "extremely poor condition." Crews have completed asbestos cleanup on the structure in preparation for demolition, which is needed so Krog can treat the soil under the building as part of the bigger state-approved remediation.

Krog did not indicate what its plans are for the property. Neureuter was not available for comment.

Krog was selected more than a year ago by ExxonMobil to complete an environmental cleanup of the 88-acre former Buckeye Terminals oil refinery and terminal property at 503-635 Elk. The developer acquired about half of the property from the oil giant, but the rest had previously been sold in 1995 and 2005 to two other companies, James Panepinto's One Babcock LLC and Buckeye Terminals of Emmaus, Pa., respectively. The cleanup will include those parcels, as well.

An aerial view of the former ExxonMobil Buckeye Terminals site on Elk Street that Krog Corp. is cleaning up. (Google)

Krog also acquired a narrow sliver of land under the river from the city so that it could have full access to the site as part of the cleanup.

And National Grid sought permission to demolish an old electrical substation at 807-809 Perry St. that the company said it no longer needs. Built in the 1930s, the two-story brick building "is in a deteriorating state and at the end of its useful life," said National Grid Senior Project Manager William Tucker in a letter to the city. A modern "outdoor" substation has been built to replace it.

The Preservation Board tabled the request, asking National Grid to see if it could reuse the existing building rather than just tearing it down.