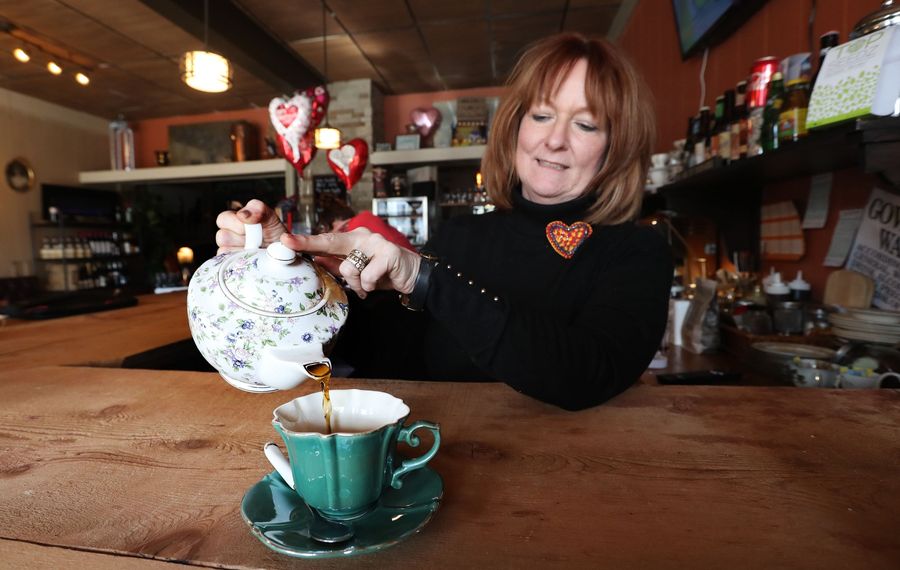 On March 24, Mambrino King owners Anita and Drew Pfeiffer will lead a procession down Main Street in East Aurora, from their old location, at the intersection of Pine Street, to their new digs at 640 Main, the former EA Wireless. The Pfeiffers hope to have their business back in action, following the move, in the middle of April.

Open since 2016, Mambrino King has grown in popularity through its selection of wine, coffee, small plates, from-scratch cakes and Jaclyn A Artisan Chocolates. The Pfeiffers allowed their lease to expire at 720 Main St. in order to move into a shop with 100 additional square feet and slightly more capacity, seating 35 instead of 30, but in a layout "more conducive to conversation," Anita Pfeiffer explained.

"We'll be able to grown in a way that we want to," added Pfeiffer, who had intended to retire four years ago but has been impressed and motivated by the loyalty of her customers.

Ultimately, the Pfeiffers' reason for moving was twofold: Parking was scarce at the old location, while spaces are more plentiful in the large lot behind CVS and Taste. Also, the owners were eager to expand their food offerings, which required a kitchen - a luxury they didn't have before.

[Related: Read the history of Mambrino King, the most famous horse in East Aurora]

The focus of the menu will continue to be shareable plates, ranging from charcuterie to flatbreads. A liquor license is being considered, too, as Anita Pfeiffer hopes to add a fleet of five cocktails to the existing wine list.

Much will remain the same, though, as Jaclyn A Artisan Chocolates, which now has a city location, will be sold, pastry chef Emily Savage will continue to craft social-media-famous cakes, and the coffee will still be sourced from Goodrich Coffee in Clarence.

The procession from the old to the new location will be at 3 p.m. March 24, which will also mark the final service at 720 Main. All are welcome to participate. In the map below, the red location indicator represents the new location, while the orange text points to the old.