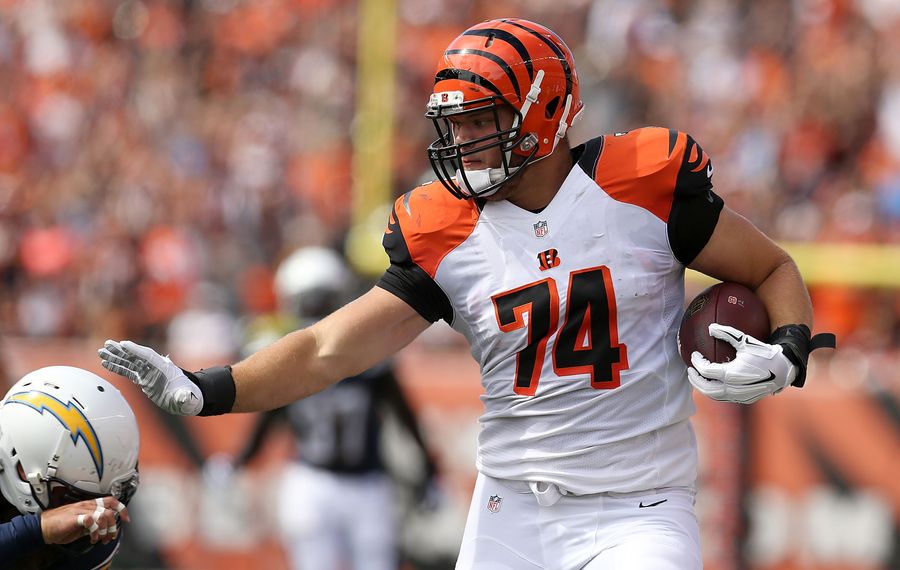 He becomes the second tight end the Bills have signed from the Cincinnati Bengals, joining Tyler Kroft, added last week.

Counting incumbent Jason Croom, the Bills have three tight ends on their roster.

Fisher had visited the Bills on Friday after working out for the Washington Redskins, per an ESPN report. He also met with with the Houston Texans, according to multiple media reports.

The Bengals made the 25-year-old Fisher a second-round draft pick from Oregon in 2015. They had him at tackle, but he has since moved to tight end.

Fisher played tight end in high school before moving to the offensive line at Oregon. He was listed as the No. 25 offensive tackle in the nation by Scout.com.

He did take some snaps at tight end during his four seasons with the Bengals. He caught two passes on five targets for 43 yards.

Earlier this month, NFL Media reported the 6-foot-6-inch Fisher went from his listed weight of 305 to 285 pounds. It also said he was also running routes for current NFL quarterbacks in California.

Fisher played 11 games at tackle last season, making one start. He started seven of eight games he played in 2017, but his season was cut short due to a heart issue.