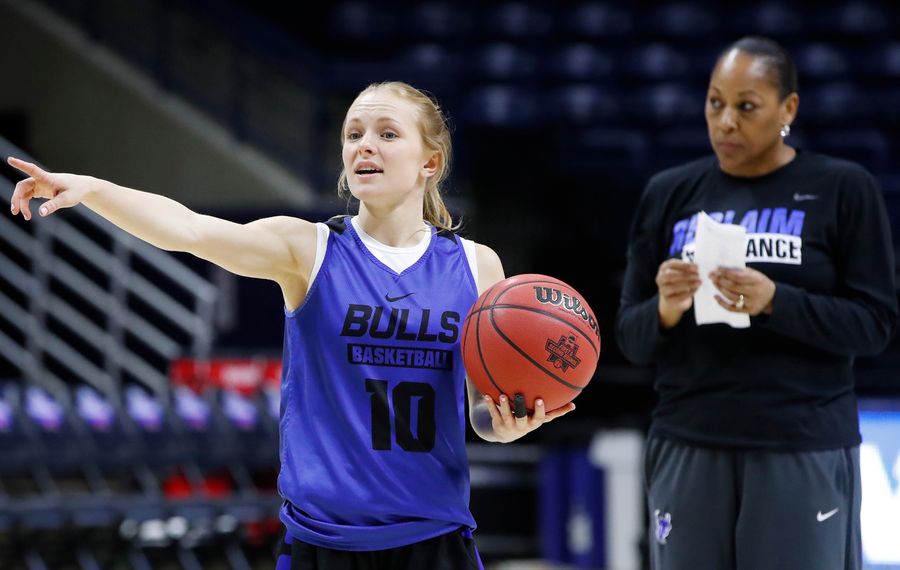 Hall had her playing time dialed back considerably. She came off the bench in each of the final seven games of the regular season, with redshirt freshman Finess Dickson taking over Hall’s role as starting point guard.

“She wasn’t ready defensively,” Legette-Jack said about Hall on Thursday at Gampel Pavilion, where the No. 10-seeded Bulls are preparing to play No. 7 Rutgers on Friday in the first round of the NCAA Tournament. “She was doubting herself. She was walking around with disbelief in who she was, and she had the keys to my car.

“And I said, ‘You know, if you’re going to have the keys to my car, I can’t let you just go drive around. It’s almost like driving intoxicated. You can run into a tree. I can’t have that. It’s dangerous for all of us. I need you to be very clear on who you are. You’re going to have to be very clear on what I think of you. And what I think of you is a person that can lead this team. You sat for a year already, under (since graduated starting point guard) Stephanie (Reid), and you’ve learned a lot. You’re not going to be perfect defensively. You’re not going to be perfect offensively. But no one’s perfect except for the person above. I need you to go out there and give me your best effort.’ ”

Hall was undaunted. The 5-foot-3-inch Hamilton, Ont., native had helped lead the U19 Canadian National Team to its first bronze medal at the 2017 FIBA World Cup in Italy.

She wouldn’t shrink from this challenge. And she wasn’t surprised by it, either.

“At first I kind of had a feeling we had to make some changes, for sure, because what we were doing wasn’t working,” Hall said, “and it’s really about the team, so whatever is going to work is going to work. So I was just ready and locked in no matter what. I knew that I was going to have to bring the same energy in practice, have my same voice, like nothing was going to change on my end.”

But the Bulls – 16-6 with Hall in the starting lineup – went just 4-3 with her coming off the bench, including a home loss to Kent State in the regular-season finale.

“I think a couple of the games when I came off the bench,” Hall said, “I came in really ready to go and was able to give my team some really good minutes, so I think she realized that she could trust me and I could be out there.” 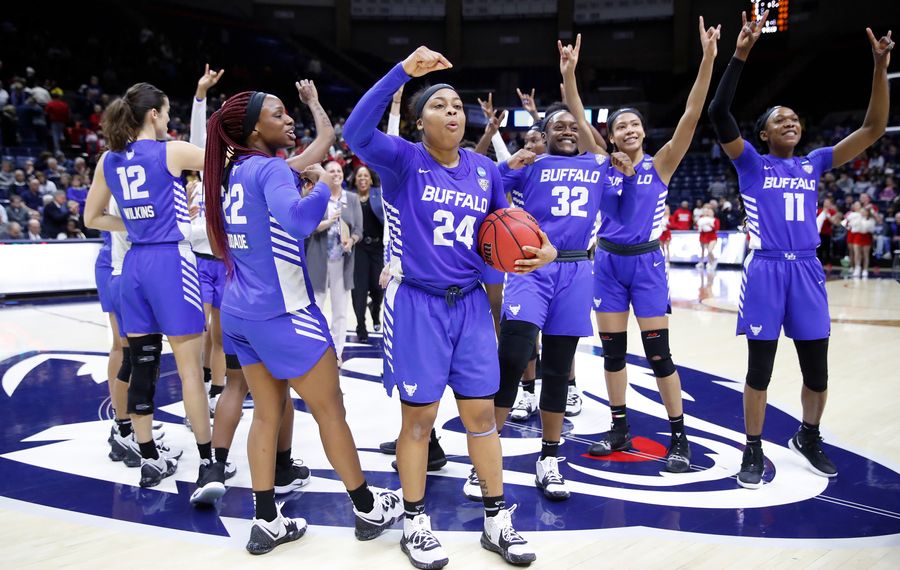 Fourth-seeded UB was set for a rematch with the fifth-seeded Golden Flashes in the first round of the Mid-American Conference tournament.

“After that Kent State game, I texted her on the bus,” Legette-Jack said. “And she said, ‘Coach, I’m ready for those keys again.’ And when she shared that thought process and she went out there in that first game against Kent State again, it was a whole different game. And then she helped us through the next two games after that.”

Hall returned to the starting lineup for the MAC Tournament, recording 16 points and a team-high five assists in 36 minutes in the quarterfinal victory against Kent State.

She continued starting in victories against top-seeded Central Michigan and second-seeded Ohio, helping the Bulls win the conference championship.

Hall had 17 points and tied her career high with seven assists in the title game. She made five 3-pointers and played all 40 minutes.

Hall is averaging 6.5 points, 2.3 assists and 37.1 percent shooting this season. She’s shooting 38.2 percent from 3-point range (47 of 123), the best of anyone on the team with at least five attempts, and second in volume to only senior guard Cierra Dillard.

“She’s a workhorse and she deserves everything she’s getting,” Dillard said about Hall. “A lot of people don’t realize that she’s only a sophomore, so to do what she’s doing at a sophomore level is unbelievable. She’s a great PG and she definitely held the (reins) in Cleveland.

"But if you can stay focused through that all and get through that, you’re going to have an unbelievable season. And that’s what she did. Throughout the last part of the regular season, she was coming off the bench, but she just stayed focused. She stayed determined to do anything she can to help the team win.”