At an even 5-feet tall, Ariana Grande appears to be standing on top of the world.

Already this year, the 25-year-old pop star won her first Grammy, became the most followed woman on Instagram (147 million followers) and broke the record for most streams in a week (307 million) on the Billboard Hot 200.

Grande released her fifth studio album “thank u, next” in February to the tune of chart-topping success, helping her become the first artist since The Beatles in 1964 to have the Nos. 1, 2 and 3 songs on Billboard's Hot 100.

In her sixth year of pop stardom, Grande is increasingly solidified as one of the biggest names in music.

Grande will be shaking her hips to hits like “God is a woman” and “7 rings,” complete with an elaborate set design and meticulous choreography, when her fourth headlining tour comes to Buffalo for a show at 7:30 p.m. March 22 in KeyBank Center.

City Honors senior Raymond Wasielewski, 17, can't wait to see Grande perform in person. "Overall I'm really excited to see Grande because of the huge entertainment factor present in her shows, as well as the thrill of getting to watch one of (if not) my very favorite artists in person," he said.

"It's not very often one of the very biggest performers in the world are coming to Buffalo, so even if I didn't love her, I would still want to go and see why so many people are fans of hers." 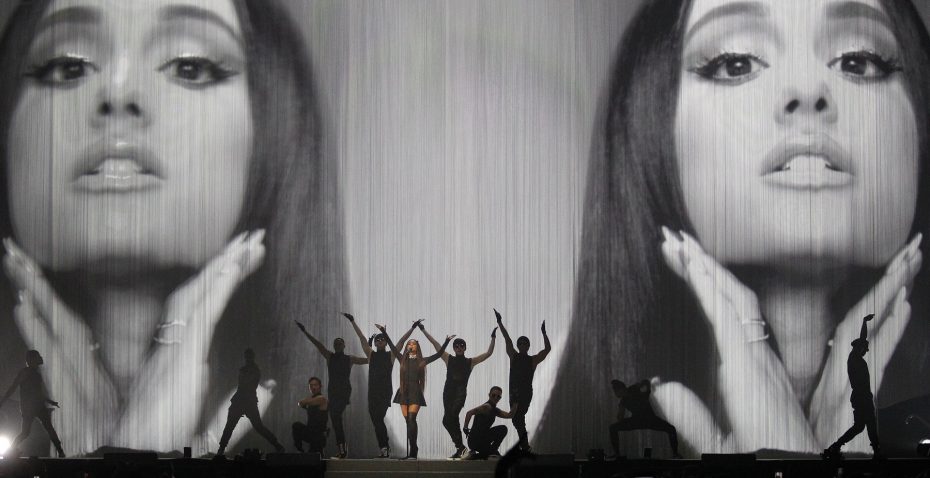 The "Sweetener Tour" is Grande’s first since the 2017 "Dangerous Woman Tour," during which the Manchester bombing claimed the lives of 23 concertgoers, leading Grande to suffer PTSD and cancel the remainder of the tour. Two albums and a whirlwind of personal upheaval later, Grande is back on the road in support of her two most recent albums “Sweetener” and “thank u, next.”

“Sweetener” was dropped less than six months before “thank u, next,” a period in which all hell broke loose very publicly within Grande's very personal life. The events perpetuated by the media are all too familiar: the breakup of Grande and rapper Mac Miller, the near-instant engagement to comedian Pete Davidson, Miller's death from an overdose and the breakup with Davidson. Grande was berated by Miller’s fans who blamed her for his death while simultaneously being attacked for worsening Davidson’s mental health.

To be put into this whirlwind of trauma and tragedy is enough to crack anyone, yet Grande plopped herself in the studio and recorded through the hurt to create "thank u, next." The result is an album that, even in its darkest points, is weightless. The songs give a shout-out to her ex-boyfriends by name, praising them on account of her budding self-growth.

Where “Sweetener” acted as her pent-up emotional release, “thank u, next” allowed her to have some fun, even if to escape from reality.

In “needy,” Grande writes “You can go ahead and call me selfish/ But after all this damage, I can’t help it,” plainly confessing her hurt in a way that allows her to begin moving on. In such an intrusive and voyeuristic society, the belief of knowing who or what a pop star is specifically singing about is thrilling; one feels in conversation with the performer, and in turn builds a connection.

"The last few years have been tough and she continues to grow as a person and persevere," said Caroline Portman, a sophomore at City Honors. "Because of how many people she reaches, her optimistic attitude spreads and inspires others to have a similar mindset, no matter what they are going through."

Grande follows the multitude of young female pop stars like Britney Spears and Christina Aguilera who have grown up in front of an audience. But where she differs from a lot of her predecessors is that in today's social media-driven world, she deliberately shares a great portion of her personal life and does that by reaching out to fans directly.

"I'm not a big fan but regardless if one enjoy her music or not, you cannot deny that Grande genuinely cares for her fans," said Naomi Banks, 19, of Buffalo. "She interacts heavily with them across all platforms, which deepens the relationship they have with her and therefore her music."

And although she has matured in front of millions since her teenage role on the Nickelodeon show "Victorious," Grande has kept a consistency in her image, uniting her fans by maintaining the person they think they know. Her girlish charm is both alluring and dependable, keeping her long-term fans while attracting new listeners.

But Grande’s sky-high ponytail wouldn't still be around if not for her four-octave soprano voice - her greatest skill and main attraction.

The ability to instantly and effortlessly jump across the musical scale and emit whistle tones reminiscent of Mariah Carey is not something to take lightly. Her talent is instantly recognizable, which elevates her work to something more than just catchy. She is consistent and reliable, delivering well-rounded albums and hits that can be played on the dance floor or in a carpool.

Whether you're a casual-onlooker or die-hard fan, Grande's KeyBank Center show offers the chance to see one of music’s biggest stars at the height of her pop-popularity.