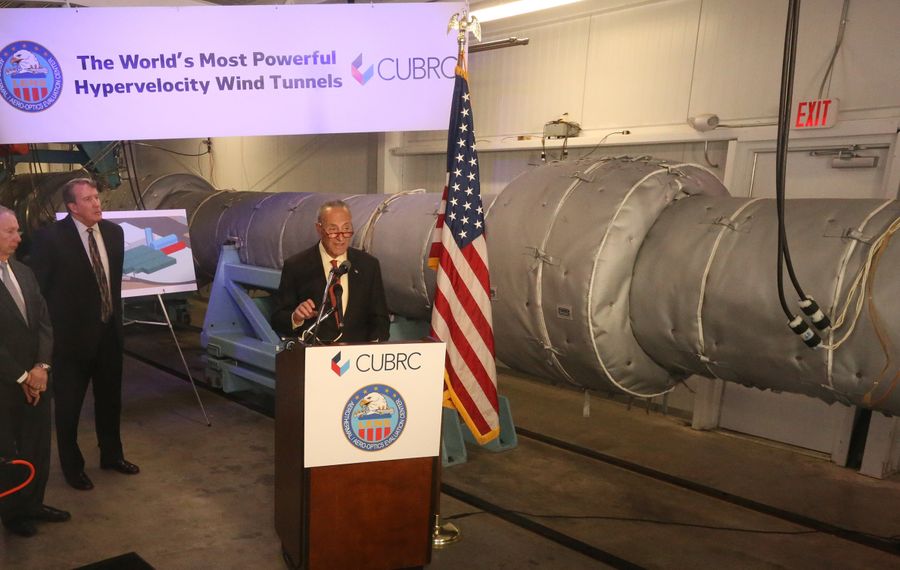 In an unremarkable-looking building just off Genesee Street in Cheektowaga, researchers perform tests for missiles and other weapons that can travel many times the speed of sound.

To hear Sen. Charles Schumer and a top Defense Department official tell it, the facility operated by CUBRC is crucial to national defense, to keep pace with Russia and China in developing "hypersonic" weapons.

Schumer last fall helped secure $16 million in federal funding for CUBRC and pledged to seek at least that much this year. Longer range, he wants funding for CUBRC programmed into the defense budget, rather than obtained on a year-to-year basis.

CUBRC is a not-for-profit scientific company, formerly known as Calspan-University at Buffalo Research Center. Testing for military projects is one facet of its high-tech work.

Schumer visited CUBRC on Thursday and brought along Michael Griffin, the undersecretary of defense for research and engineering, to highlight CUBRC's importance to military projects. Griffin is a former NASA administrator who oversaw the space shuttle's return to flight after the 2003 Columbia disaster. Griffin credited CUBRC with helping make that relaunch a reality.

"China and Russia are developing these right now," Schumer said. "I hate to say this, but when it comes to hypersonics, China's ahead of us. That means they can put at risk certain military facilities we have throughout the world quicker than we can defend them and quicker than we can go after theirs."

CUBRC is home to a testing facility called the Large Energy National Shock Tunnel, or LENS, which is partially owned by the Defense Department. LENS is a wind tunnel used for aerodynamic tests, for developing weapons such as missiles. "It's unique," Schumer said. "It's one of a kind here in America, and in the world." 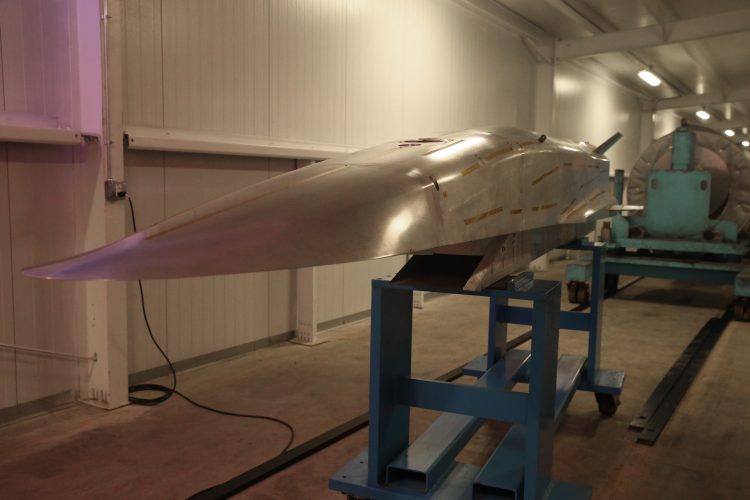 Schumer said LENS stands out for its ability to conduct tests at a high level of complexity and velocity. China and Russia don't have a testing facility like LENS, he said. "They have to do it in the air. It's hit or miss."

Griffin said in hypersonics, "China's ahead, and we're going to catch up. And this facility is a key to catching up, because we can put real-world sized articles in these test chambers here and understand what sorts of shapes we need to have, what sorts of materials they need to be made of, what sorts of controls strategies we need to put them on target, so that when we proceed forward into production, we can do so knowing that things will work in the end."

"We need to see our adversaries' hand and raise them," Griffin said.

CUBRC employs 155 full-time people, including in high-paying, advanced roles like rocket scientists and aerospace engineers. CUBRC is preparing to build a fifth test tunnel on the property, which would allow for longer-duration testing, said Tom McMahon, president and CEO.

"We need to have stability of funding with an upward trend," McMahon said. "CUBRC does not hire people for a couple months at a time. We hire career-track engineers and scientists. To do that, you need to know you're going to have funding more than six months from now."

Schumer said hypersonics "will grow and grow. It's a burgeoning new field. And this facility can make Buffalo and Western New York the center of it in the whole country, which down the road could spin off many other companies and many other jobs."