An accusation of child sex abuse against the Rev. Ronald B. Mierzwa, longtime pastor of an Ellicottville parish, has been forwarded to the Vatican, after a Buffalo Diocese investigation substantiated the allegation, the diocese said Thursday afternoon.

Two other priests who had faced allegations of child sex abuse – the Rev. John J. Sardina and the Rev. Robert A. Stolinski – were cleared as a result of the diocese investigation, a spokeswoman for the diocese said in a statement.

Sardina and Stolinski have returned to active ministry. Both priests are retired from running parishes. They are allowed again to celebrate Masses publicly and perform other sacramental duties that were forbidden during their leaves.

Bishop Richard J. Malone determined Mierzwa will remain on administrative leave, based on the recommendation of the Diocesan Review Board, which met Wednesday and reviewed investigations by Scott F. Riordan, the outside investigator hired by the diocese, and by Steven L. Halter, the diocese’s director of professional responsibility.

Mierzwa, who has been on leave since September, will continue to be on leave as the Vatican office known as the Congregation for the Doctrine of the Faith reviews his case and makes a final determination.

Mierzwa, 68, was ordained in 1976 and has been pastor of Holy Name of Mary Church in Ellicottville since 1994.

The diocese has given no indication about when the abuse was alleged to have happened or where Mierzwa was assigned at the time.

The diocese suspended 19 priests from active ministry in 2018 due to allegations of sexual abuse or misconduct. The diocese has not specified when the abuses were alleged to have occurred or where the priests were assigned when the alleged abuse happened. 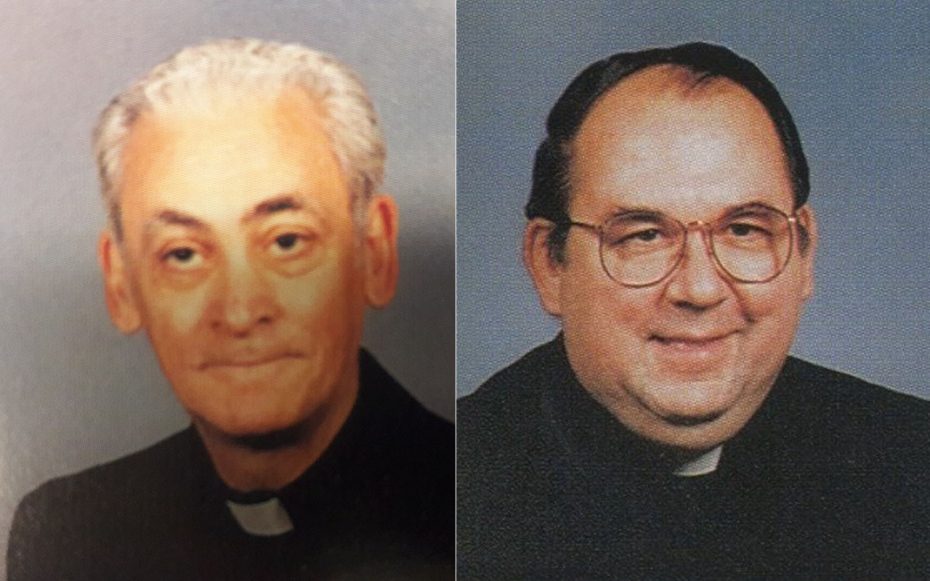 The Rev. John J. Sardina, left, and the Rev. Robert A. Stolinski, right.

With Sardina and Stolinski, Malone now has cleared six of the priests of wrongdoing and reinstated them.

The bishop determined accusations against six of the 19 priests suspended in 2018 to be credible, and he forwarded their cases to the Vatican for further review. The diocese is still investigating complaints against seven priests, who remain on leave.

The diocese last year also acknowledged that 80 priests who served in the Buffalo Diocese since 1960 had substantiated claims of child sexual abuse against them.

WKBW-TV reported Thursday that it obtained records kept by the bishop that allegedly showed Stolinski had a history connecting him to pornography. Pornography was allegedly found in rectories where Stolinski was living, according to WKBW-TV, who reported that Stolinski had allegedly twice been sent to a treatment center in Canada.