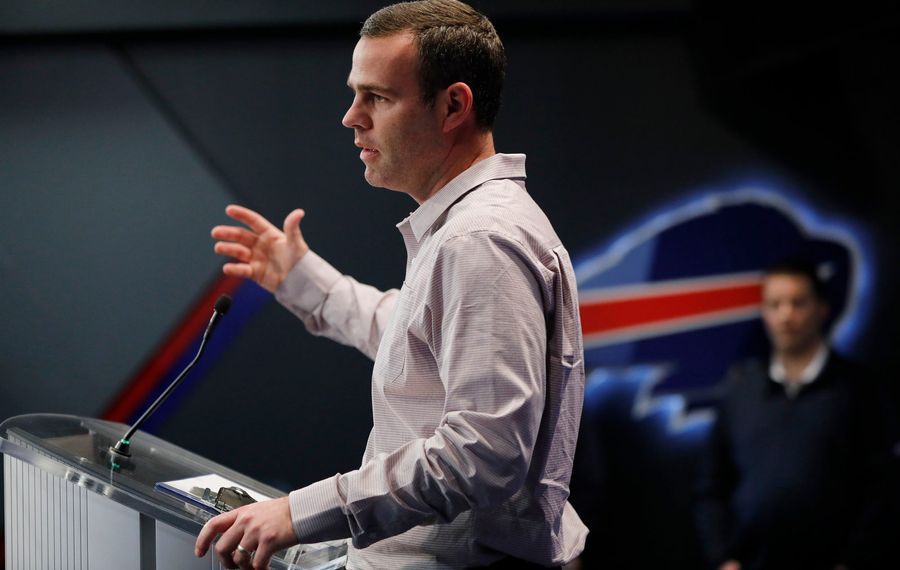 One of the remaining marquee free agents in the NFL remains on the Buffalo Bills' radar.

During an appearance Thursday morning on WGR 550, Bills General Manager Brandon Beane provided an update on the team's interest in Detroit Lions defensive end Ziggy Ansah, who made a free-agent visit to Orchard Park last week, but remains unsigned.

"We had a great visit with Ziggy," Beane said. "He’s a great young man. You know, he had a tough shoulder injury last year and he’s still rehabbing that. I know he went on a couple other visits, or at least one other that I’m aware of. We had great talks with him and his agent, and it’s kind of just at a standstill right now, but it doesn’t mean it will or it won’t happen. We’ll see going forward. We’ll stay in touch with him and his representatives."

Beane wouldn't rule out pursuing another defensive end, but made it sound unlikely.

"There’s a couple guys out there, but we’re mainly in a holding pattern there," he said. "I don’t know that there’s a guy out there that we would probably jump on before the draft, but depending on what we land in the draft, maybe there’s some guys that we pursue after that, separate of Ziggy, whether we go after him or not."

Beane also addressed a few other topics during his 10-plus minute interview, including ...

The decision on Shaq Lawson's fifth-year option, which has to be made by May 3: "Well we’ve still got time. Right now our focus is on the draft. Shaq’s out training and (we) have checked in with him through a couple people a couple of times just to see how he’s doing. I know he’s looking forward to coming back. We’ll probably wait and approach that a little bit closer to the deadline. Again, we’re just getting done with free agency and now all focus is on the draft.

On whether the team is interested in signing defensive end Jerry Hughes, who will be a free agent after next season: "Jerry’s a guy that we like and respect. He’s kind of (the) veteran now that Kyle (Williams) is gone. He’s probably the elder statesman of our D-line, so yeah, Jerry’s a guy we like. That’s more than likely something we’d look at, again, probably after the draft. Right now our 100 percent focus is pretty much there.

On the health updates for cornerback Taron Johnson (shoulder) and linebacker Matt Milano (leg): "Those guys have been here since the season’s end. Most of the guys get out of town, and we want them to. Relax, get their minds and their bodies fixed, and then get back to working out wherever they live. But Taron and Matt and a few of the other guys, a couple of the punters, have been around. It’s good to see them. They’re doing well. They’re in good shape. For the most part, I think they’ll be active in our offseason program. Now, they may still have some limitations, but for the most part, they’ll be back on the field with the guys in May.