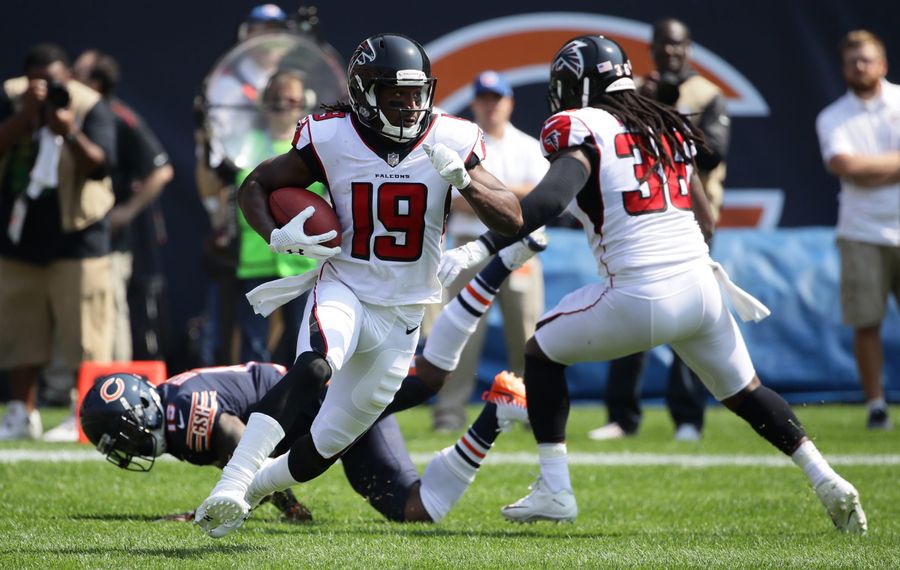 Andre Roberts has spent last decade working to become the best receiver and kick returner he can be. Last season, he reached the pinnacle of his profession by being named first-team All-Pro as a returner – and his team decided not to re-sign him.

So when Roberts was asked what made Buffalo a good fit for him in free agency, it's understandable why the opportunity to stick it to the Jets was at the top of his list.

“I think that was the biggest thing first – being able to play the Jets twice a year,” Roberts said at his introductory press conference. “Coming from there, I know all about what they’re about. Being able to go against my old team is always going to be fun. … The way they kind of handled it was a little shady, but it is what it is. I'm a Buffalo Bill now, and I'm enjoying being here.

“I was surprised,” Roberts added. “Any guy that was an All-Pro, and their team doesn't really want to sign him back, I think would be surprised. It is what it is. This is my sixth team, so I've been in free agency more than once. I understand what it is. I understand it's a business thing.”

Chad Kelly pleads guilty to second-degree trespassing: Kelly avoided jail time with the plea, but he was sentenced to one year of supervised probation and 50 hours of community service. Taking the plea deal now also allows Kelly to potentially get another shot in the NFL, though he could still receive a suspension.

Pegula execs push sports wagering at Bills, Sabres games: Sports betting in New York is overdue, and the Pegulas seem to agree. A lobbying firm representing Pegula Sports and Entertainment was in Albany this week to push for live, on-site betting at Bills and Sabres games, ensuring Buffalo's teams have the same economic opportunities as downstate teams once sports betting is legalized. Tom Precious wrote that "the issue is unlikely to be addressed in the budget, though supporters are pushing for some sort of a sports betting deal before the end of the legislative session in June."

Bills players Spencer Long, Jeremiah Sirles support Nebraska flooding victims: Nebraska is dealing with heavy flooding, so two members of the Bills and a member of the Kansas City Royals are teaming up to sponsor a dinner for anyone displaced by the storms and first responders. Several hundred people are expected.

[BN] Blitz newsletter: What are the Bills' draft needs after the first wave of free agency?