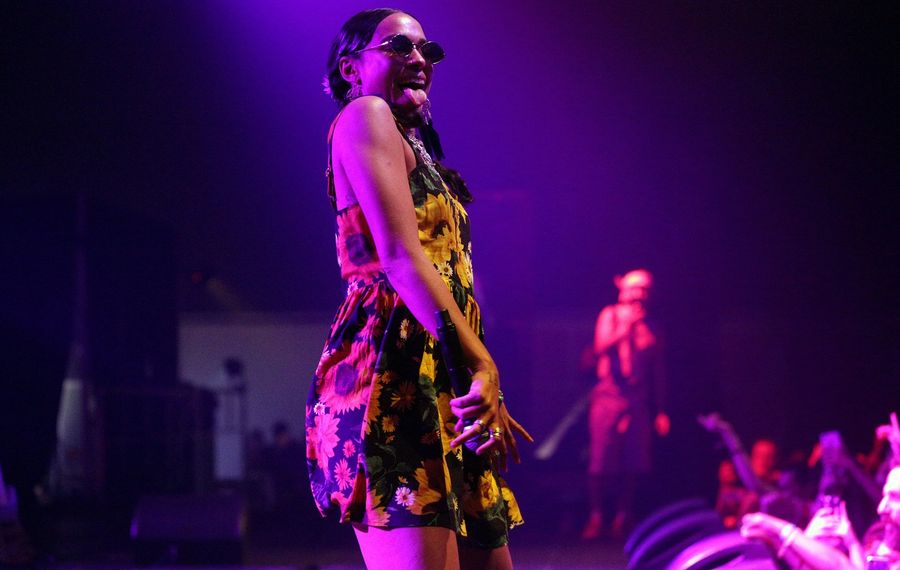 If you're going to the Ariana Grande concert at KeyBank Center - or just looking for new music to enjoy - here are five other female artists to check out.

Princess Nokia. If you like Ariana Grande’s flow on “7 rings” then you might also like Princess Nokia. That’s probably because Grande was accused of copying Nokia’s style immediately after its release. True or not, check out Nokia’s debut album “1992 Deluxe” from 2017 for a look at one of the freshest voices in hip-hop.

Nilufer Yanya. This fresh-faced London-based songwriter blends genres with ease, emerging in a murky point between rock and pop. Yanya’s debut album, being released March 22, is already receiving buzz from sources like NPR and Pitchfork. Her first single from the record “In Your Head” is bold and catchy, without giving the audience exactly what they think they want. Rather, what they need.

[Related: On top of the world, Ariana Grande comes to Buffalo]

Sneaks. Sneaks is the name young bassist Eva Moolchan records under as a perfect description of the nuance and creeping appeal of her work. A modern example of post-punk, Sneaks creates sparse compositions that are surprisingly danceable and relentless in the best way possible. It’s certainly not for everyone, but listen to her junior album “Highway Hypnosis,” to be transported to some unknown, beautiful planet.

Hatchie. From Australia, Hatchie is critically considered to be carrying the torch for the genre of dream pop, creating lush and idyllic landscapes with her lofty voice and whimsical compositions. Her 2018 single “Sure” is a promising preview to her debut album “Keepsake” set to be released this summer.

Jay Som. Melina Duterte uses the alias of Jay Som to create well crafted, intricate bedroom-pop songs. She has put out two albums and several EPs that have increased in production value, yet remained charming. Listen to her most recent singles “Turn the Other Cheek” and “Simple” to get a sense of her style that pulls off complexity while sounding effortless.