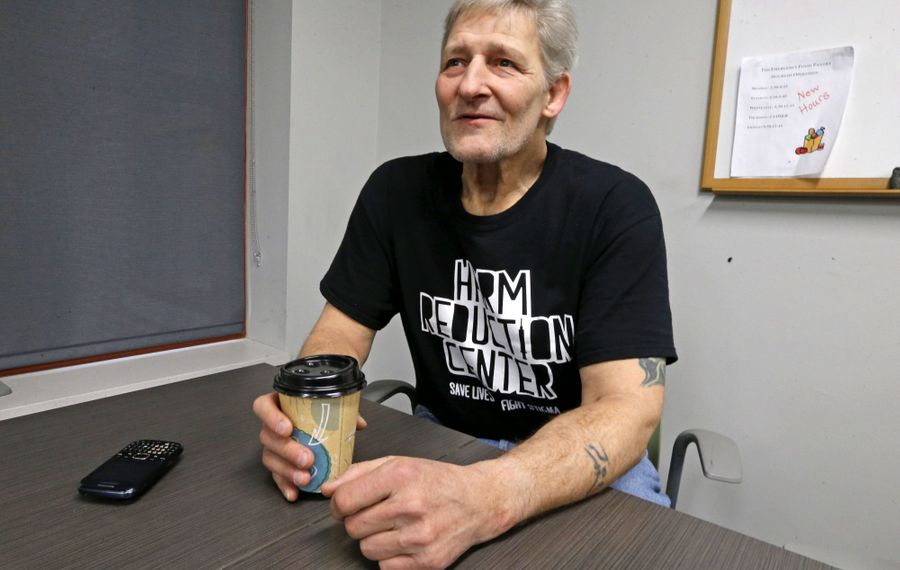 Nearly 20 of Joseph Dudek's friends are among the more than 1,000 Erie County residents who have died of opioid-related drug overdoses since 2015.

But Dudek is still alive, despite his decades-long and continuing drug use.

He's an example of how efforts to curb drug fatalities are paying off in Erie County, especially on the front lines. Treatment providers like Evergreen Health are dramatically changing how they work with drug users like Dudek, a 60-year-old North Buffalo resident. And better-informed drug users are changing how they go about feeding their addiction until they're ready to overcome it.

Dudek doesn't shoot up alone anymore. He has someone watch him use drugs, even if it means he has to share his stash. He exchanges his needles. He keeps a Narcan rescue kit handy and inserts a thin, white test strip in every new batch of heroin to detect the presence of potentially lethal fentanyl.

"Some people push it all in and get it over with," Dudek said of other drug users. "Me, no. I've got to be careful."

Erie County's fatal overdose rate reached nearly one a day in 2016, but now fatalities have fallen to a four-year low. As of last week, suspected and confirmed deaths for 2018 numbered 194 – still high, but down by more than a third from only two years earlier.

Dudek has been a street drug user for more than 40 years. One of eight children, he left home at 14. He started shooting heroin in the Black Rock and Riverside neighborhoods as a teenager.

In 2014, fentanyl started getting mixed with heroin or replacing it entirely. The high was so quick, so intense, Dudek said, but it faded quickly. And many users dropped dead.

Dudek said counselors at Evergreen Health in Buffalo made a difference in his life. Evergreen is the main health provider in the region that works with drug users to help them adopt safer practices if they are not ready to get clean. Its caring and nonjudgmental approach to treatment appeals to Dudek.

"When I tried to go to a doctor at a regular clinic, they just treated me like a number," he said. "At least, when I come here, they care about my well-being." 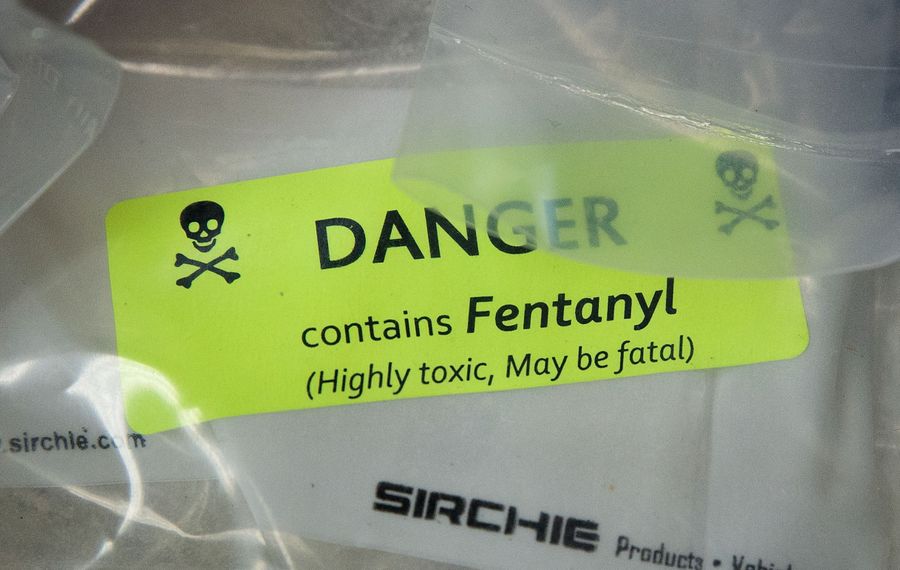 Evergreen has expanded its services since its creation in the 1980s to address the HIV and AIDS epidemic by offering a needle exchange program. Evergreen now provides treatment and counseling to thousands of drug users. The agency distributes clean needles and accessories, and it also hands out emergency overdose rescue kits and thin, white fentanyl test strips.

When Dudek used to buy a gram of heroin, he'd cut it into two bags. But now, he dissolves a sample and dips a fentanyl strip he gets for free at Evergreen. If only a single indicator line appears on the strip, he knows it contains some type of fentanyl – the leading cause of opioid deaths. Instead of dividing his gram in half, he said, he'll cut it into eighths to protect himself.

His younger sister of his died of an overdose in 2002. His younger brother, an earth science teacher at Tonawanda Middle School, died after eating a fentanyl patch in 2010, he said. An older brother still wrestles with addiction.

Dudek battles a sense of desolation that his life didn't turn out as he had hoped. That feeling keeps him returning to the drugs that have sidelined him, despite serious health scares, near-paralysis from a contaminated needle, monthslong hospitalizations, rehab stints and a few years-long periods of staying clean before relapsing, he said.

He's not giving up, though.

"I have a sister," he said. "She's like my guardian angel. She's always there. She's very forgiving, and she's very thoughtful. I don't want to hurt her."

So he's getting help. While the number of new participants in Evergreen's needle and new syringe exchange programs has not changed much over time, the number receiving additional services has grown by more than 500 percent since 2014, according to Evergreen data.

Evergreen also tracks the number of overdose rescue kits that wind up getting used by addicts and replaced. The organization credits the kits for nearly 300 overdose saves in 2018. Since the opioid crisis began, thousands of rescue kits have been given to emergency medical personnel and distributed to the community by the Erie County Department of Health.

Evergreen and other treatment providers also participate in a five-county program called Buffalo MATTERS, a physician-led program launched last year that removes many hospital barriers to opioid drug users getting access to treatment.

It used to be that someone coming to a hospital emergency department because of withdrawal or overdose would often be stabilized and then discharged.

"We would give out a list of numbers, some of which didn’t work, and say 'Good luck,' " Lynch recalled.

But he and other physicians started linking emergency patients at Millard Fillmore Suburban Hospital and Erie County Medical Center to one of three willing treatment providers. More importantly, they provided those patients an immediate prescription for buprenorphine, an opioid replacement therapy known under the brand name Suboxone, to keep a patient from suffering before they could be seen at the partnering treatment clinic.

That model has exploded into a Buffalo MATTERS network that includes 13 hospitals, including those in the Kaleida and Catholic Health systems; 39 clinics; and 21 pharmacies across the region. Anyone participating in the network must agree to provide treatment regardless if the patients continue to abuse drugs and their ability to pay.

This "low threshold" approach is proving so successful that Albany, Schenectady and Rockland County are now adopting the program. Lynch is also traveling to New York City next month to respond to interest there and will fly to Australia to present the approach at an international conference on critical care.

"Who would have thought New York City would have been asking Buffalo for advice?" Lynch said. "It’s a testament to the community."

'Trying to help me'

Erie County's trend of fewer opioid-related deaths continues to outpace many state and national trends. One reason for that, many say, is the 2016 creation of the Erie County Opioid Epidemic Task Force, whose members come from hospitals, addiction treatment providers, government, law enforcement and family advocacy groups.

"The county’s collaborative approach is unique and has to get credit for decreases we see," said Emma Fabian, senior director of harm reduction at Evergreen Health.

The work of places like Evergreen and the more than 70 agencies participating in Buffalo MATTERS is supported by the task force, whose members' work is coordinated by the Erie County Department of Health.

And those resources flow to front-line treatment providers who are working to keep drug users alive long enough to get help overcoming their addictions.

National numbers for the Centers of Disease Control and Prevention indicate 2018 may be the first year since the opioid crisis began where overdose deaths level off after years of growth.

Dudek credits local providers, and he appreciates efforts to destigmatize addiction. Though still a drug user, he's taking steps to get healthier, he said. He's on methadone and avoids using other drugs when visiting his sister, children or granddaughter.

He looks ahead to when he might be clean for good.

"A lot of people have put a lot of effort in trying to help me," he said. "It's not a waste of time."

Any local residents struggling with addiction, or family and friends in need of support, can call the 24-hour Addiction Hotline at (716) 831-7007.