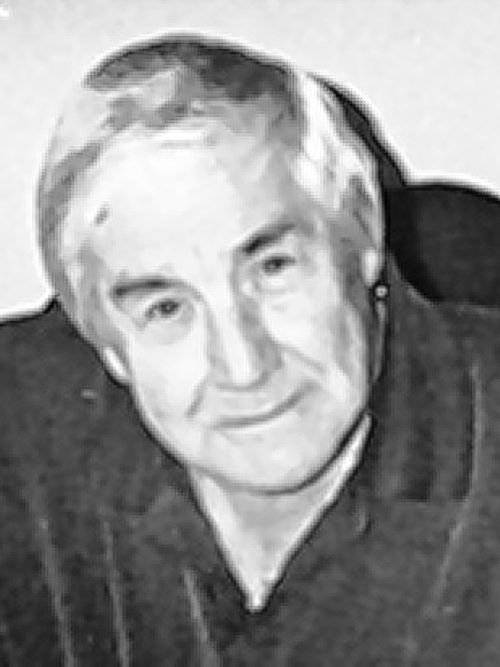 Gerald “Gino” Kurdziel worked for more than 40 years as a laborer at Globe International, a company that manufactured conveyor belts.

Although he dedicated himself to his job, he came alive when he stepped onto stages across the United States with polka bands, playing upright bass and singing lyrics in both English and Polish.

"His passion was, without a doubt, in the whole Buffalo — and beyond Buffalo — polka community," said his great-niece and goddaughter, Debra A. Skok Watson.

He was born in Buffalo, the son of John and Anna (Kleparski) Kurdziel and the brother of Felix "Phil," Casimir "Casey," Richard "Rick" and Edward “Edju” Kurdziel. His father, a railroad worker, died when Mr. Kurdziel was a teenager.

Mr. Kurdziel started his first polka band at the age of 17 in the family home on Warren Avenue in the Broadway-Fillmore neighborhood. In the early 1960s, he played bass and sang with the Walt Jaworski Orchestra as they accompanied Frankie Yankovic, known as America's Polka King, on a weekly television show on WKBW.

Mr. Kurdziel once was called upon to play backup for polka star Gene Wisniewski, who needed an upright bass player to join the Harmony Bells rhythm section for a show in the St. John Kanty Lyceum.

At age 18, Mr. Kurdziel enlisted in the U.S. Army, serving stateside. He was honorably discharged as a private first class at age 20, in 1955.

That year, Mr. Kurdziel began work as a laborer at Globe International, where he continued until retiring in 1997.

Mr. Kurdziel was a charter member of the New Yorkers Orchestra, which became famous for its rendition of the Broadway show tune "Hello Dolly" as a polka.

The New Yorkers Orchestra recorded two albums on the Chicago record label Jay Jay, followed by several albums on the Buffalo-based Pan label, including "Hello Dolly Polka and 11 Other Favorites" in 1964. Before the album was released, the band put out two singles. Billboard magazine spotlighted a song titled "I No Go Home Oberek," which was the B side of "Hello Dolly Polka." That record sold more than 250,000 copies.

The New Yorkers Orchestra also performed on a weekly radio show from the Polish Village on Broadway that was hosted by Dan Lesniak. It was broadcast on the early FM stereo station WADV, which opened in 1962.

Mr. Kurdziel then formed the G-Notes Orchestra with Grammy-winning musicians John and Tom Karas. They recorded for the Buffalo-based Blue Bird record label and on polka star Eddie Blazoncyk's Chicago-based polka label, Bel-Aire. Blazoncyk referred to the group as "Gino and the G-Notes."

The G-Notes' recordings for WAM Records, including the album "At Last!", are regarded as classics.

During this era, the G-Notes performed every Friday in the Adam Plewacki American Legion Post on Paderewski Drive.

Along the way, Mr. Kurdziel moved from an upright bass to an electric bass "to keep up with the times," Watson said. "But all the album photos show him with his beloved upright bass."

In 2008, Mr. Kurdziel performed with the Buffalo Bells Orchestra to raise funds for the Dyngus Day Parade.

Although Mr. Kurdziel sold his bass in 2012, his family said, "polka music never left his heart," and he loved being invited on stage to sing with local bands.

He last performed in public in late 2017 at Potts Deli & Grille, a performance that was filmed for an episode of "Polka Buzz."

He was an active volunteer with the annual "Owl Family Picnic," a group of polka band members and fans who raised funds for charities.

Mr. Kurdziel was a skilled artist, specializing in pencil drawings. "He really had a keen eye," Watson said.

He is survived by his wife of 62 years, Shirley (Barnas) Kurdziel.