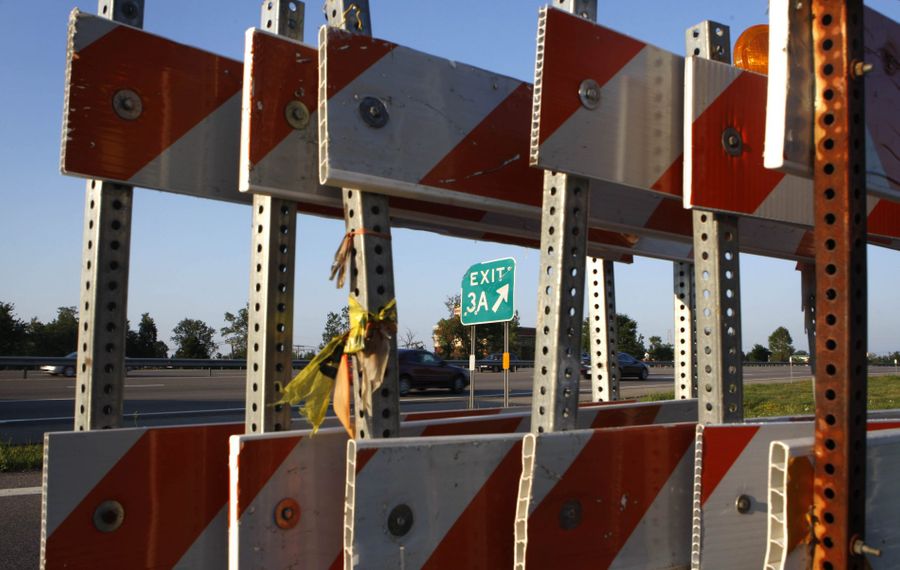 As the saying goes, there are two seasons: winter and construction.

Western New York is transitioning from one to the other.

The New York State Department of Transportation, which recently announced the return of Skyway construction, on Wednesday announced that bridge work on the I-290 in the Town of Tonawanda will return Tuesday.

Key things for motorists to know:

• Traffic will be reduced to two lanes in each direction on Interstate 290 beginning on Tuesday, March 26.

This summer's I-290 construction marks the DOT's second phase of a $6.7 million bridge replacement. Both concrete bridges, between Delaware Avenue and Colvin Boulevard, were originally built in 1965. The first phase of the project, which finished in fall 2018, replaced the eastbound bridge with a new steel bridge. A temporary bridge will handle traffic during construction.

The existing westbound bridge will be replaced with a new steel bridge "during the 2019 construction season," the DOT said, with construction due to be completed in the fall of 2019.

The DOT said that the multiple-use path under the I-290 bridge -- part of the Rails to Trails path -- will remain in its current location "with slight variations during construction to ensure safety."

The state DOT reminded motorists that fines are doubled for speeding in a work zone and, in accordance with the Work Zone Safety Act of 2005, convictions of two or more speeding violations in a work zone could result in the suspension of an individual’s driver license.

Skyway traffic is resuming as well, with only outbound roadways open in afternoons, evenings and weekends; inbound traffic will be allowed from 5 to 11 a.m. on weekdays.

Spring must be close; work on Skyway resumes at 9 a.m. Friday