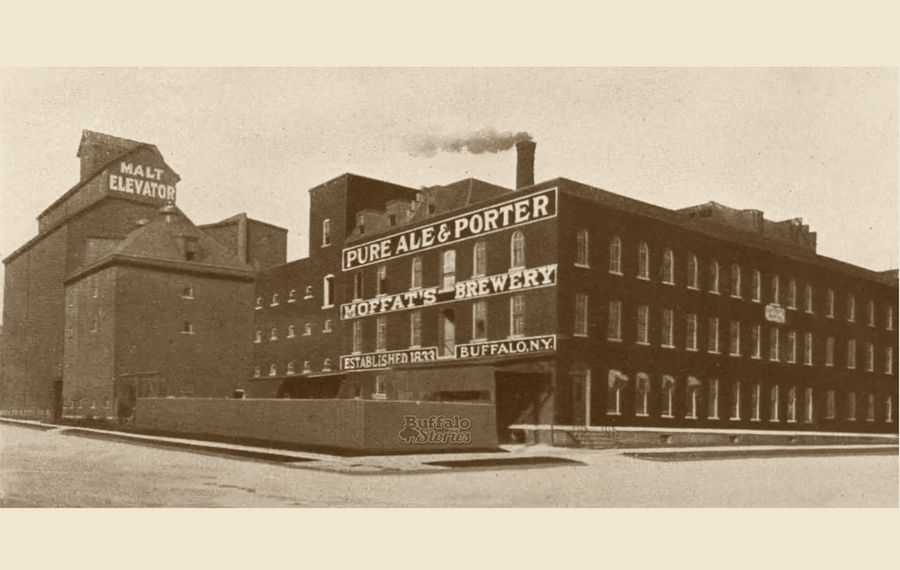 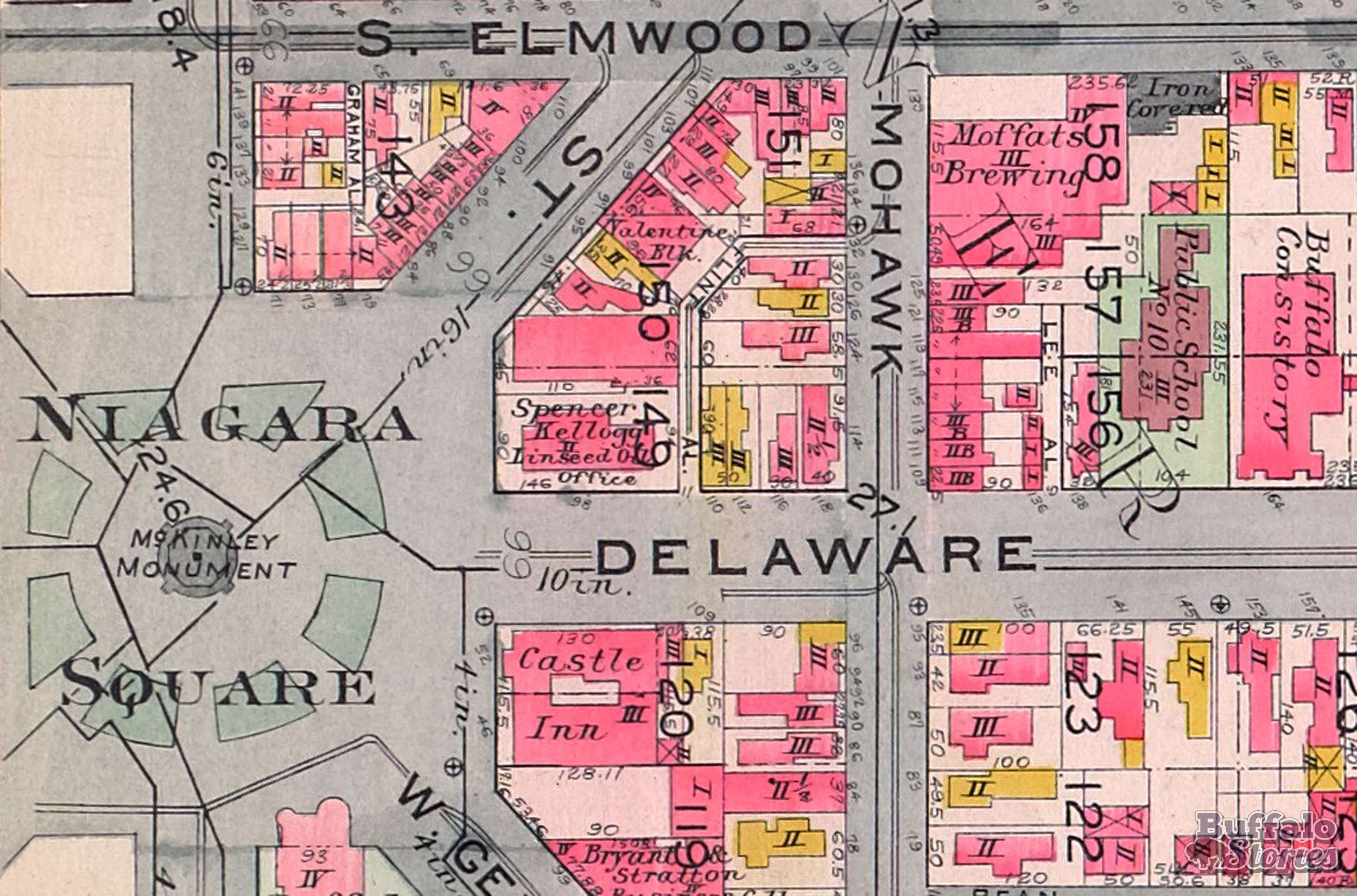 A 1910 map of Buffalo, showing the location of Moffat’s Brewery.

Buffalo was incorporated as a city in 1832. The next year, John Moffat opened a brewery at the corner of what was then Mohawk and Morgan streets – Morgan was later renamed South Elmwood Avenue.

Moffat was known for producing ale and was the only brewery so close to the core of Buffalo’s downtown – only a block north of Niagara Square. On the small plot of land was all the infrastructure necessary to brew beer – from a grain elevator, to a malt house, to a small bottling works.

Simple ingredients in their product made for a simple brew. Moffat used only malt and barley in the brewing of their ales. They used the simplicity as a necessary selling point, because by around 1900, Moffat was the only brewery in Buffalo that didn’t own taverns where its beer was sold.

Unlike many of the more financially successful taverns which controlled exclusive pouring rights at many neighborhood gin mills, Moffat relied on being the second or third option at independent bars, as well as on sales in grocery stores and home delivery.

“If you never experienced the independence feeling that comes over one who draws his own ale from his own barrel just as he wants it, our advice for you is to try it,” reads one ad for Moffat’s Cream and Old Mellow ales. A Moffat’s barrel could be delivered to your home for $2 when that ad was published in 1903. 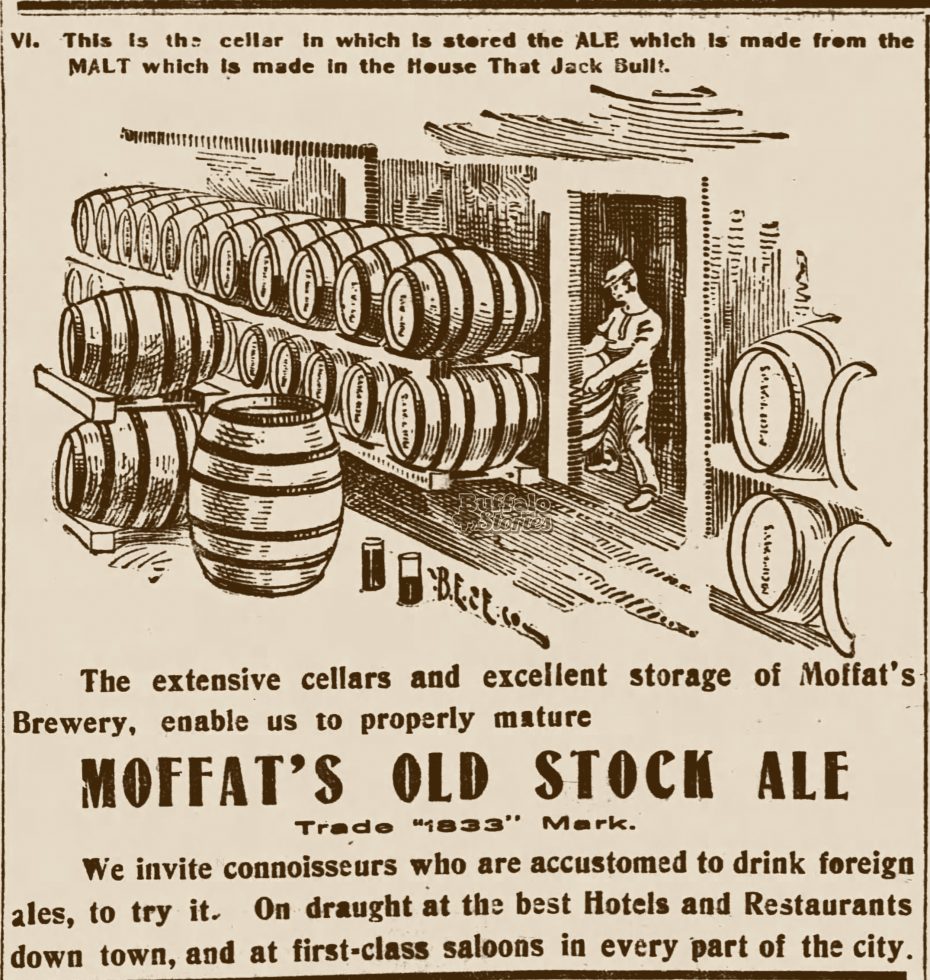 Moffat operated as Buffalo’s longest continuously operating brewery until Prohibition, when it closed up shop. The buildings were used for storage until they were torn down to make way for the Statler Hotel's 1,000-car parking ramp.

The brewery never reopened after Prohibition was lifted, but Buffalo’s Phoenix Brewery sold ale under the Moffat name through the 1930s.