Even before the show begins, young audiences are transported to another place and time when they arrive for "The Jungle Book," the latest production from Theatre of Youth. The interior of the Allendale Theatre is bathed from floor to ceiling in leaves of light and shadow while the sounds of jungle birds, plus an occasional growl and roar, echo above the throng. Spring may be just arriving outside, but it's a jungle in there.

And then the drums start to pound and the story begins of a boy who was raised by wolves, taught by a bear and panther, and pursued by a man-eating tiger.

It is all quite exciting and also very cute. After all, this is a show for children ages 6 and older.

The action is not entirely defanged, however. There is a real life-or-death drama at the heart of Rudyard Kipling's stories of Mowgli, the lost man-cub who is adopted by a pair of wolves in the jungles of India. Saved early on from the jaws of the tiger Shere Khan, the growing boy is later entrusted to the bear Baloo and panther Bagheera for his education and protection.

And like so many little boys before and since, Mowgli winds up ignoring his mentors' teaching and getting into trouble. 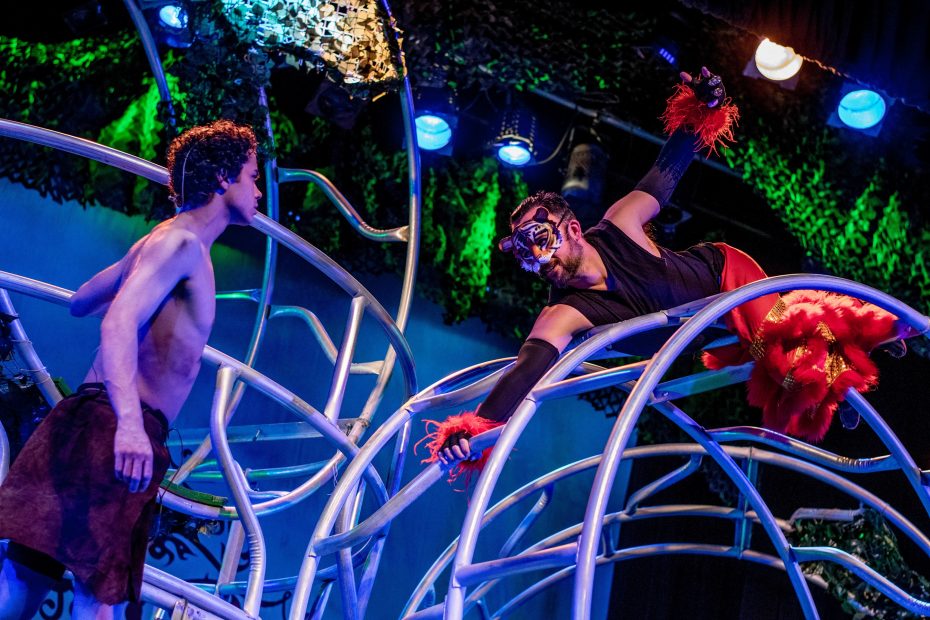 Daniel Torres makes for a mischievous Mowgli who clearly loves his animal family despite his misplaced bravado when defying their advice. Five other actors represent the animal kingdom, with TOY regular Bobby Cooke playing Baloo the big-hearted bear, Brendan Didio as the sensible panther Bagheera and Lissette DeJesus as slinky Kaa the snake. Matthew J. Divita narrates and plays Father Wolf, and Rick Lattimer prowls the set as the ferocious Shere Khan. In addition to their main roles, the performers quick-change into other creatures, including a couple of joke-cracking vultures and a troop of maniacal monkeys.

Those wacky monkeys are up to all sorts of funny business, breaking every playground rule and having a blast doing it. Of course Mowgli wants to join them. As he argues, "Monkeys just do what they want when they want to," right before he unhappily finds out just how true that is.

Between learning that monkeys dab and snakes sound like Zsa Zsa Gabor, some life lessons sneak in, and Mowgli grows up. But always in the background is the threat of the tiger, the killer that lost Mowgli to the wolves when he was a toddler and has lusted for him ever since. The climatic chase scene had kids sitting straight up in their seats, as Torres and Lattimer climbed and swung their way around the impressively constructed, spinning set. 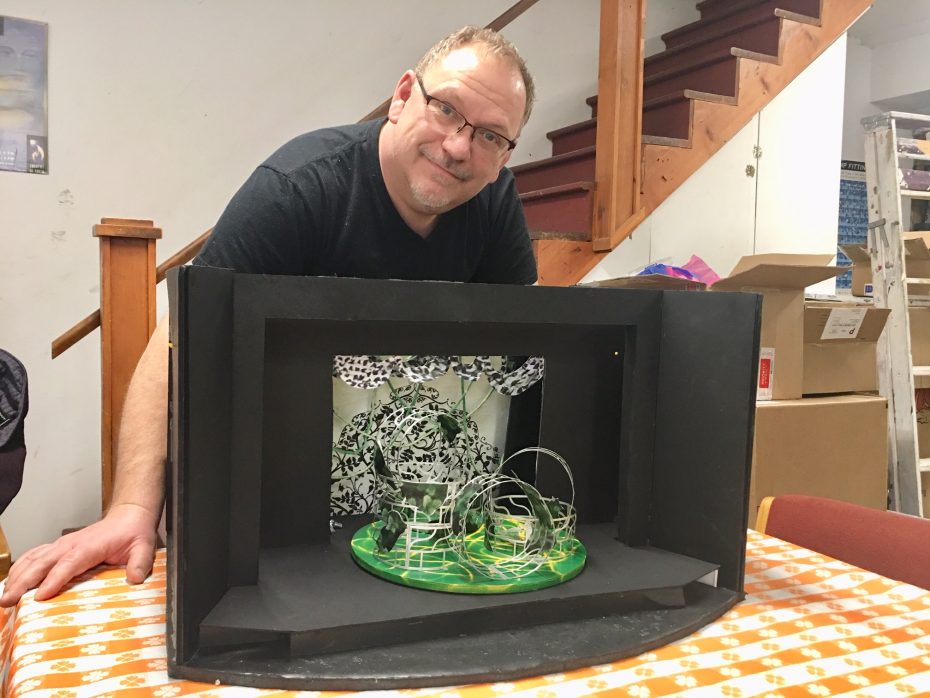 Designer Ken Shaw displays a model of the set he made for the Theatre of Youth's production of "The Jungle Book."

Oh, that set! Designer Kenneth Shaw built what is essentially a house-sized jungle gym by stacking seven 8-foot-diameter circular hay bale feeders on the stage. The heavy-duty galvanized metal farm equipment turned into an ideal jungle setting for all the animal antics, leaving far behind its tame farmyard roots. The entire apparatus is inspired -- and a creative inspiration to the audience, who get to hear all about "how they did it" after the show in TOY's signature talk-backs when the actors come back out after the show to meet the audience.

The show, directed by Chris Kelly, is an hour and 45 minutes, in two acts with one intermission.

Presented through April 7 by Theatre of Youth at the Allendale Theatre, 203 Allen St. Tickets are $15-$28, at theatreofyouth.org.