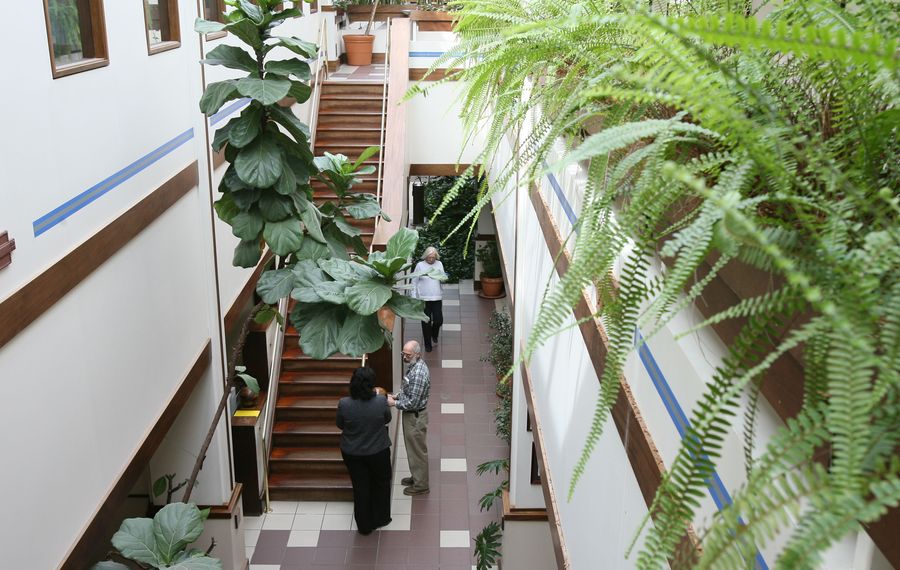 Ecology & Environment has cut the workforce at its Lancaster headquarters by more than 10 percent as the environmental services firm restructures and tries to reduce costs after a prolonged slump in its sales and profits.

Most of the cutbacks occurred last week, when E&E eliminated 15 jobs at its Pleasantview Avenue headquarters and 31 positions across all of its operations. Those job cuts came after the company offered voluntary buyouts to employees, which led to the departures of six workers in Lancaster and a total of 11 company-wide.

"Our industry as a whole is being challenged to be more efficient and market-driven," said Sara Hermann, an E&E spokeswoman. "At E&E, we are facing these challenges head on and making prudent choices about where we allocate our resources to stay competitive."

The moves will reduce employment at E&E's headquarters to about 160 people and about 470 nationwide, she said. E&E also has 416 workers at its subsidiaries in South America.

E&E has said in regulatory filings that the job cuts would save the company between $5 million and $6.5 million annually,

The job cuts are the latest in a series of changes at E&E, which is trying to reshape its business to reverse a steady decline in profits and sales since 2011.

In December, Gerard A. Gallagher III, who has been E&E's chief executive officer since 2015, left his job after seeing his role diminished following a management reshuffling earlier in 2018. That shake-up included the appointment of Todd Musterait as president for E&E's U.S. operations, with Marshall A. Heinberg, an investment banker who joined E&E's board last year as a company-backed director and its eventual chairman, taking on a more active role by becoming E&E's interim executive chairman.

Musterait, in an interview last fall, said E&E plans to focus on segments of the environmental services market that have greater growth potential. That includes environmental issues arising from climate change, the rise in sea levels, coastal restoration work and resiliency.

"Cost reductions are part of our plan, as are several new and ongoing initiatives that, taken together, will allow us to be more competitive in the marketplace, find new avenues for growth, improve our business performance and create a culture where all have opportunities for professional development," Hermann said in a statement.

"We believe that E&E is on the right course and we are in a strong position to move forward," Hermann said.

The delay stems from what E&E’s audit committee determined to be accounting errors related to its ownership stake in a Chilean subsidiary. E&E said in a Securities and Exchange Commission filing last year that it no longer believes that it owns a controlling stake in the subsidiary, leading to errors in the way its previous financial statements accounted for the Chilean operations.