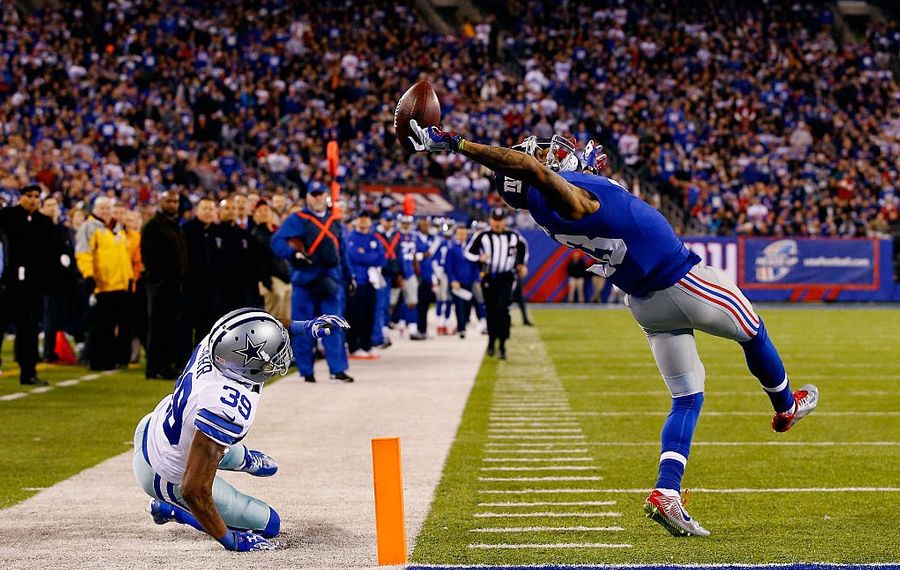 Gettleman used to work closely with Bills GM Brandon Beane in Carolina and figured the Bills would be a good team to call after they took a run at Antonio Brown. But the Bills were apparently not interested enough to strike a deal and Gettleman traded Beckham to Cleveland.

The consensus is that the Browns got a steal by acquiring Beckham for 1st- and 3rd-round picks in this year's draft, as well as safety Jabrill Peppers, who was a first-round pick in 2017. No one knows what the Giants wanted from the Bills in order to make the deal happen, but we do know this: "The team that makes the call … is playing from behind. You’re in a much better position of strength when teams call you," Gettleman said.

So not only did Gettleman take an unusually small return for Beckham, but he would've felt he had a weaker negotiating position when talking to the Bills. Those two factors make it at least curious why the Bills weren't more interested. There are certainly character concerns about Beckham, but if the Bills would've outlooked Brown's concerns, they could've also overlooked Beckham's.

Maybe the Bills didn't want to part with their first-rounder this year, No. 9 overall. Maybe Gettleman overestimated the market for Beckham and had a higher asking price when he talked to Beane. Maybe Gettleman had a particular player in mind on the Bills that Beane didn't want to part with. But whatever the case, it's apparent that Gettleman – a GM who frequently seems to be on the losing end of deals – is happy to deal with Beane. That's an advantage Beane should exploit while he still has the chance.

How rest of the AFC East did in first wave of free agency: Are the Dolphins tanking? South Florida writers seem to think so. The Dolphins signed Ryan Fitzpatrick this week after trading Ryan Tannehill to Tennessee. So we know where the Dolphins rank in the division, and the Patriots are still on top, but how do the Bills and Jets stack up now?

In case you missed it: Longtime NFL exec Gil Brandt tweeted Monday: "Tyree Jackson wasn't the only QB at Buffalo's pro day last week who scouts were paying attention to. @CCSUfootball's Jacob Dolegala impressed so much, some think he worked his way into an early Day 3 pick. A labrum shoulder tear in HS threw off recruiters. Now he's on NFL radars." Who's Jacob Dolegala? Glad you asked.

Tyree Jackson wasn't the only QB at Buffalo's pro day last week who scouts were paying attention to. @CCSUfootball's Jacob Dolegala impressed so much, some think he worked his way into an early Day 3 pick. A labrum shoulder tear in HS threw off recruiters. Now he's on NFL radars.

If you don't know QB prospect Jake Dolegala, here's why you should