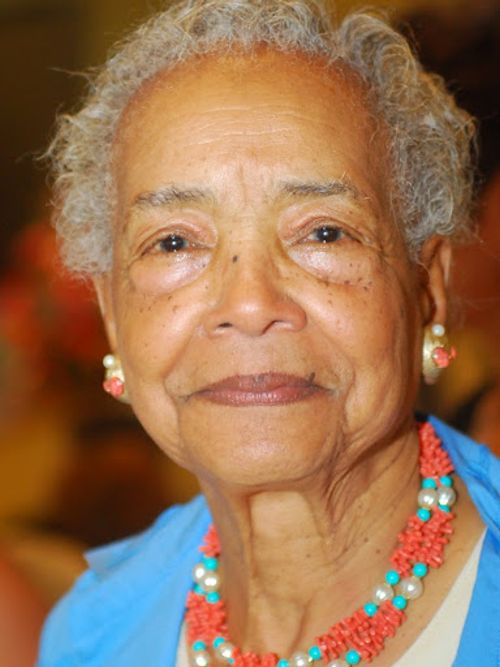 Lois Dabney, a social worker honored for her advocacy on behalf of foster parenting and youngsters with developmental disabilities, died after a brief illness Dec. 10 in Brighton Gardens Residence, Columbia, Md., where she had lived for the past two years. She was 95.

Born Lois Blayton in Washington, D.C., the second of four children, she earned a bachelor’s degree from Spelman College in Atlanta in 1945, then went to Cleveland, where she worked in the Friendly Inn Resident Settlement House.

Another social worker at the settlement house, Marietta Dabney, from Lackawanna, invited her to a fraternity Christmas party, at which she introduced her brother, Dr. Oliver J. Dabney, who was beginning a career as a dentist.

They were married in September 1949, a few months after she completed a master’s degree in social science administration from the Mandel School of Applied Social Sciences at Western Reserve University, now Case Western Reserve.

When Dr. Dabney completed serving in the Air Force in 1952, they moved to the Buffalo area. She worked at Friendship House in Lackawanna and Neighborhood House in Buffalo’s Fruit Belt.

She became a social worker for the Children’s Aid Society in 1961, then worked for Child and Family Services until 1968, when she took a position at the West Seneca Developmental Center.

She retired in 1993 as an affirmative action officer.

A longtime resident of Buffalo’s Hamlin Park neighborhood, Mrs. Dabney held various leadership posts in the Buffalo Branch, American Association of University Women, which presented her with its Achievement Award. She was recognized by its Committee on Women for her work in promoting day care centers.

She also received the YWCA Woman of the Year Award for her community work and a special award from the Junior League of Buffalo for foster parent recruitment.

She was a board member of the Blue Rose Foundation, which provides support for those with developmental disabilities, and an advisory committee member of the United Negro College Fund.

She also was a member of the Buffalo Urban League, the Buffalo Federation of Neighborhood Centers and the Know Your Neighbor Panel, a volunteer group of women who promoted better human relations through education.

She was a watercolor and oil painter and in later years created pieces of enameled art. For many summers, she enjoyed stays in Chautauqua Institution with her husband and family.

Her husband, a longtime board member in the NAACP Buffalo Branch, died in 1997.

A memorial service will be held at 2 p.m. Saturday in the Burchfield Penney Art Center, 1300 Elmwood Ave.