As its one-year anniversary approaches, JP’s Checkers is settling in as the clean-cut, modern reincarnation of a Hertel Avenue classic.

When the lights went out at Checkers, which was long celebrated as a North Buffalo community staple, the home of the go-to Turkey Trot afterparty, and the quintessential dive bar, former Del Denby Tavern bartender Jamison Phillips swooped in to turn them back on.

But when he flipped the switch and opened to the public last May, a tired flicker no longer dimly lit dusty bar stools and smoke-stained walls. Instead, the warm glow of neon beer signs, the sharp radiance of two 65-inch TVs plus three other smaller ones, a 90-inch projector screen, and the luster of a line of new, softly humming coolers filled with a variety of colorful craft beers illuminated the place. Two flashy new BullsEye dart boards and an AMI digital jukebox are also in play.

The patio, basic and utilitarian, was torn down and replaced by waist-high metal gates and tables. Even the bar itself, glossy and wooden, is new. A Buffalo-themed cartoon mural featuring funny scenes from Niagara Falls and Ralph Wilson Stadium was recently painted adjacent to the bar by Sterling Ave Tap & Wurst bartender Jake Trigilio. 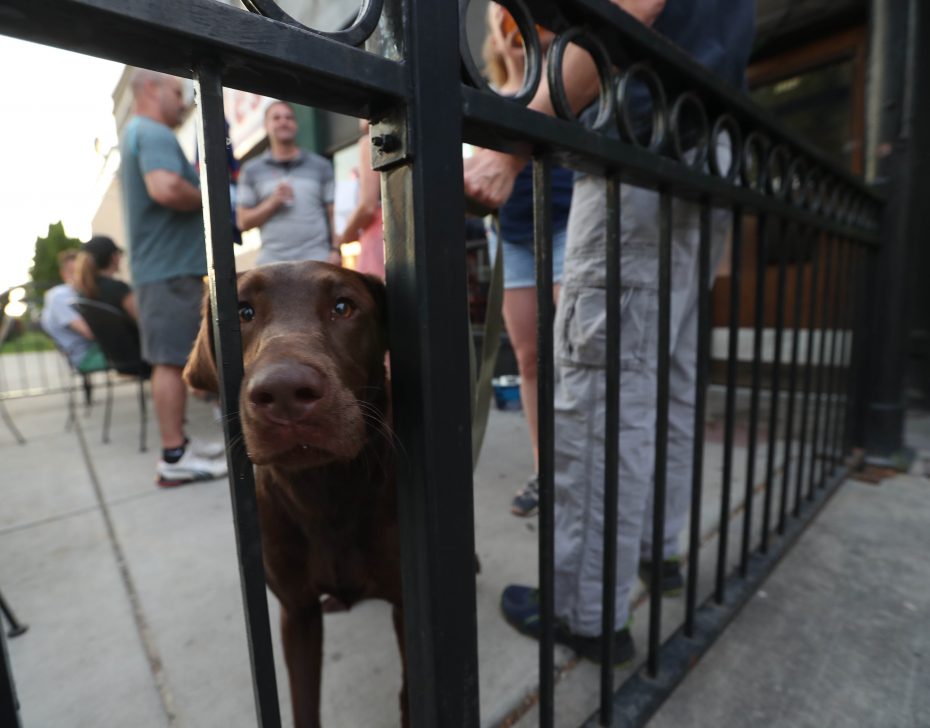 Outlaw hung out with his owner on the renovated patio at JP's Checkers. (Sharon Cantillon/Buffalo News file photo)

While still cozy and quaint like a dive, JP’s Checkers is too clean, modern and effortful to qualify by most definitions (which vary, as noted in this guide to Buffalo’s favorite neighborhood dives). But most importantly, the company is still chatty and drinks reasonably priced.

“I’ll have a beer” will no longer suffice, though. With 16 taps featuring crafts from local and national breweries plus nearly 100 different cans and bottles, JP’s Checkers is serious about its beer, and Phillips actively works to establish relationships with area distributors.

The food situation is informal — don’t request a menu, just ask the bartender to throw a hamburger ($6), veggie burger ($8) or hot dog ($2) on the grill behind the bar. On Mondays, dogs are a dollar — a feature brought over from the OG. Meatball bombers ($6) drop in on Wednesdays, and you can get a hot roast beef sandwich ($6.50) on Thursdays and Fridays. 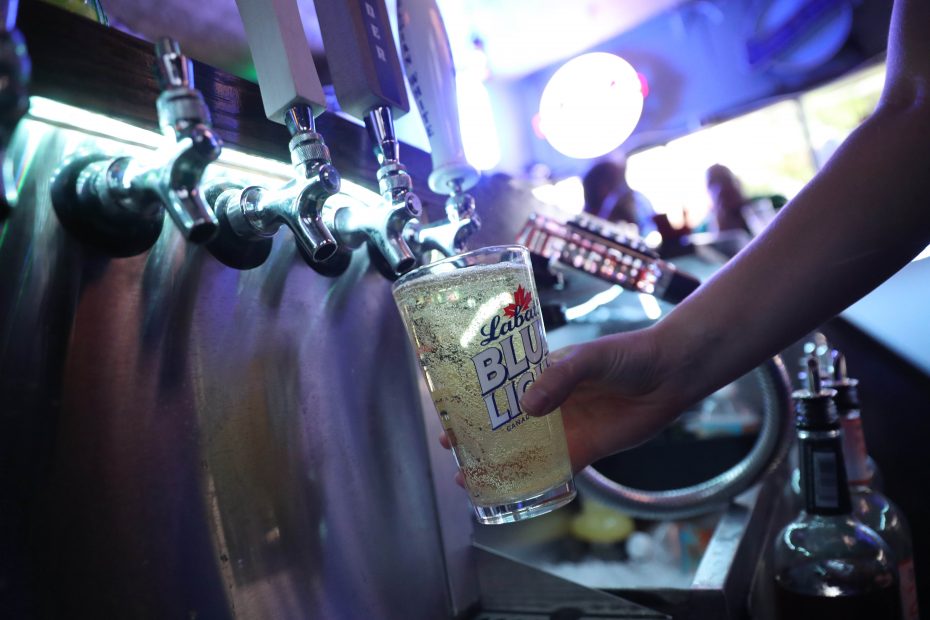 While this certainly isn’t your grandfather’s Checkers, there’s a good chance he still stops in for a bottle of Labatt Blue ($3) and a chat with a neighbor. It took some time for JP’s Checkers and its 24-year-old owner to win over the neighborhood, but most have embraced the change. A select few decided it just wasn’t the same and swore to never return.

And one particular patron, Phillips said, lightheartedly complained the clean-up cost him his local escape because the bar is no longer grimy enough to deter his wife from joining him when he comes by for a beer.

Don’t forget to: Ask the bartender to put any game you want to watch on the giant TV.