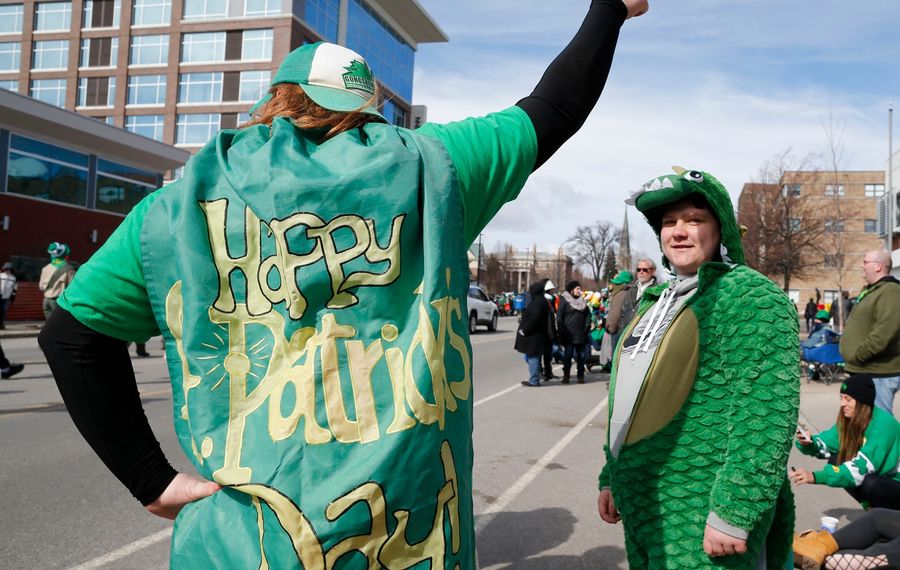 It was one of the biggest Buffalo sports weekends in recent memory. And one of the greenest.

For Sabres and Bills fans lamenting their teams' apparently endless woes, salvation arrived Saturday in the form of the University at Buffalo women's and men's basketball teams. Both will move on to the NCAA tournaments in their respective leagues. (St. Bonaventure also won Saturday, advancing to the A-10 title game on Sunday, which they lost to St. Louis.)

Here's a look back at the best and most popular reads from The Buffalo News this weekend:

Outstanding Citizens: 8 who have done more than their fair share

Among this year's class of Buffalo News Outstanding Citizens are Michael Whelan, Siobhan O'Connor and Paul Snyder, who helped to expose the sexual abuse scandal now roiling the Diocese of Buffalo.

In January, players from a Cheektowaga youth hockey team launched a series of racial slurs and taunts at a black player on the opposing team from Amherst. That player's father is now speaking out and demanding action.

The excitement and the anticipation were evident for the University at Buffalo women’s basketball team as they collected the Mid-American Conference Tournament championship trophy and brushed the confetti out of their hair.

The UB men's basketball team is heading to the NCAA Tournament. And on Sunday night, they learned they were seeded sixth.

From unwanted baby to cherished son: How Zeke found a home

Zeke's suffering began before he was born, badly brain-damaged, to a homeless and drug-using mother. He passed through three sets of guardians in his first year. But then the Sardinas entered his life.

Everything was green this weekend. Let us show you the ways.

One of the city’s oldest and poorest neighborhoods, the Fruit Belt has appeared on official city maps for decades, bordered by Michigan and Jefferson avenues and Cherry and North streets. But with the growth of the Buffalo Niagara Medical Campus, residents have become even more protective of those borders.