At U.S. Army fire bases in Vietnam, they used the "mad minute" as a way of keeping the enemy off guard.

"At a certain time of the night, everybody would get up and start firing, artillery, and tanks, anything you had on the fire base, just to keep them honest," said Mark L. Phillips, a Varysburg resident who served two years as an infantryman during the Vietnam War.

There was only one time he said he saw the random mad minute work. That time it happened to thwart an attack on the base, he said.

"We opened up on them. Instead of getting out of there, they started shooting back, so we just opened up," he said.

A handful of GIs were injured, while there were 175 casualties for the enemy, he recalled.

Vietnam was a long way from West Seneca, where Phillips, 69, spent his childhood. He was working at a printing business in Cheektowaga when he was drafted into the Army in 1969. He spent basic training at Fort Dix, N.J., learning how to fire mortars before being shipped to Vietnam with the 1st Cavalry Division.

"When we got out in the jungle it was so thick, we found out real quick there was no place you could fire a mortar. So we ended up with rifles," he said.

For decades, Phillips never talked much about his time in the jungles of Vietnam or the secret war in Cambodia, where he and his company were sent to find arms caches. But he has opened up a bit lately.

"And boy, we found it," he said of the mission in Cambodia where they discovered a Viet Cong base with wooden barracks and an Olympic-size swimming pool. 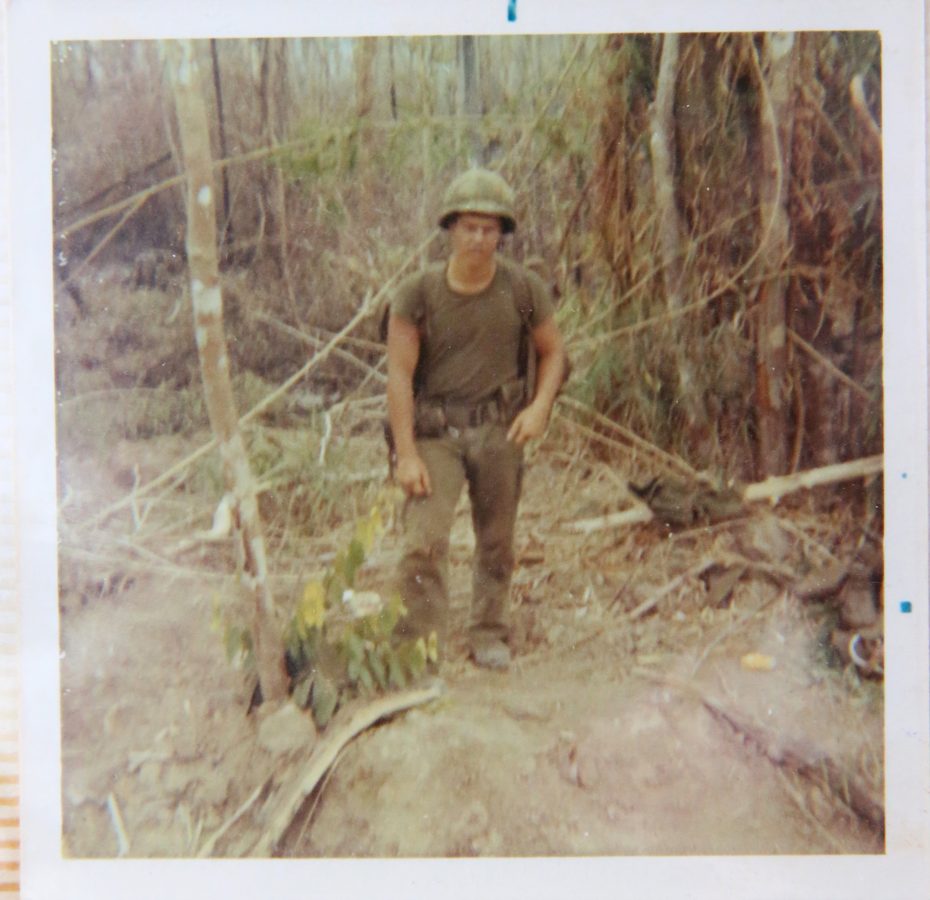 Cambodia was the first and only place that Phillips said he climbed into an enemy tunnel, which had a small opening that led to a 10-foot by 30-foot chamber. He "tried to look bigger" after that, so he would not get ordered to go into tunnels.

He recalled one day the Montagnard, the indigenous people, winding their way up the mountain trail to the fire base with their elephant. They stayed near the U.S. troops at the fire base for months for protection, and the military sometimes made use of the elephant.

"The elephant came in handy, you'd get a jeep stuck and it would yank it right out," Phillips said.

Days were spent on patrol, being helicoptered from one place to another.

"We’d go see what was what. If there was nothing there, pretty soon you'd be flying to another place," he said. "Half the time you didn't know where you were."

There were regular ambushes of the enemy and by the enemy.

"Every time you turned around it was something," Phillips said. "Walking point, I had one where a guy come around the trail from the other way, and it was like 'Gunsmoke' – except I was quicker."

And so it continued until the day he heard he was going home. He was in such a hurry to catch the plane, he left his ammo box, with the addresses and phone numbers of his buddies, behind. It was Christmas Day, and Bob Hope's plane was landing as his was preparing to depart. Hope ran up the steps and shook hands with Phillips and all the GIs on the plane headed out, Phillips said.

At home, anti-war sentiment was high, but he didn't experience it.

"When I came home, I didn’t run into any of the nastiness," he said. "Nobody said nothing to you." 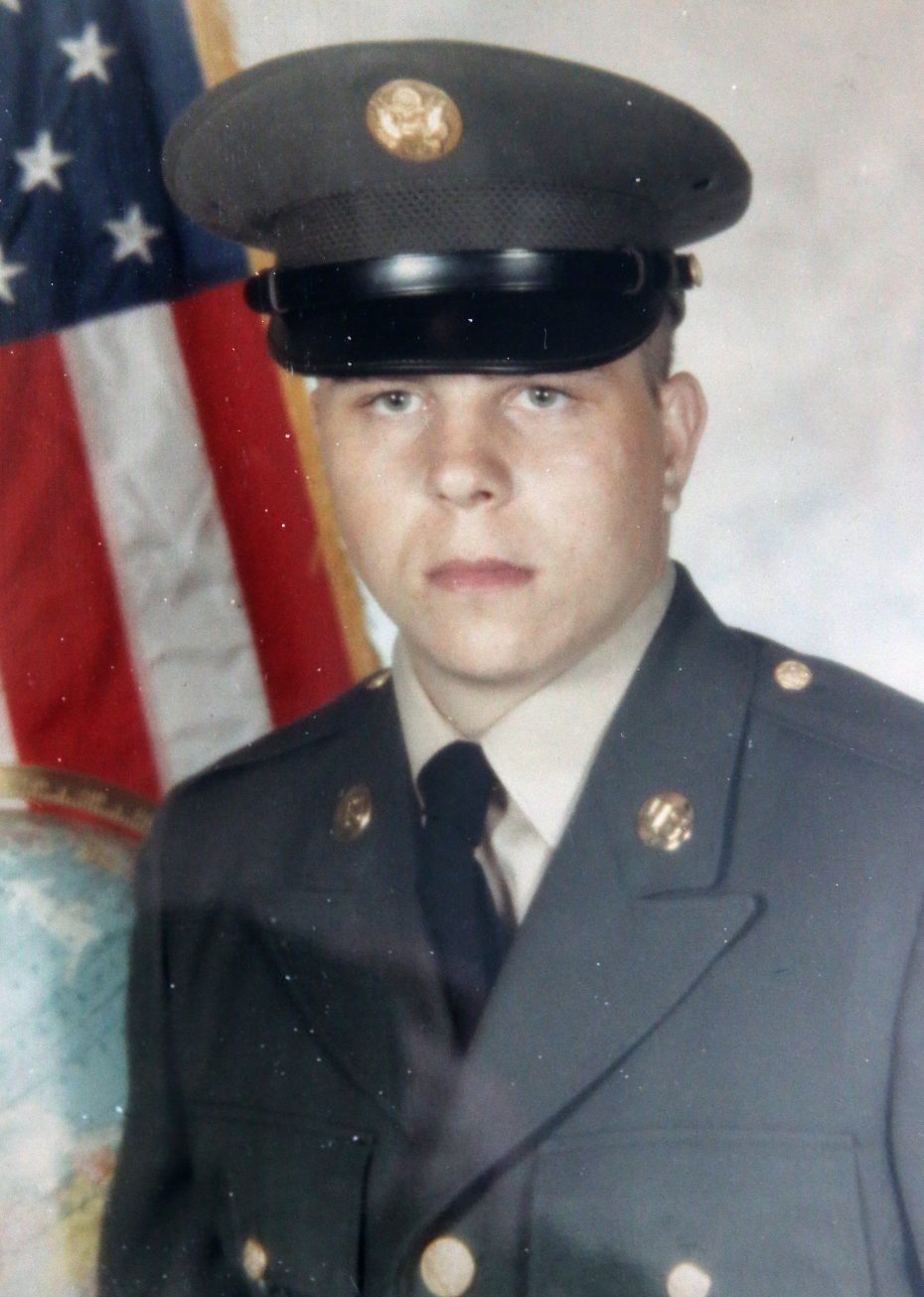 Mark Phillips in photo from his days as a U.S. Army infantryman from 1969 to 1971. (Photo courtesy of Mark Phillips)

He ended up marrying the girl who grew up next door to him in West Seneca, Karen, and they had three children and one grandchild. After working at the Sample Shop, Phillips joined the U.S. Postal Service at Buffalo's main post office, where he retired after 33 years.

It was while working at the post office that he started having medical problems that are linked to Agent Orange, the herbicide the U.S. government sprayed on vegetation in Vietnam.

"I remember going into areas that were in various stages of it, the leaves were just starting to wilt, or they were totally brown and falling off for miles. You knew what it was," he said. "You're not expecting your own government to pull that on you."

Phillips, now 70 percent disabled, had a heart attack and several stents, suffered prostate cancer and has diabetes and peripheral neuropathy.

He had struggled through emotional problems earlier, when he got home and he and his wife lived off Seneca Street. The people and the noise bothered him, although he was never diagnosed with post-traumatic stress disorder.

"I could tell when I would walk down Seneca Street and something would make a loud noise and I’d be diving on the ground," he said.

The couple bought property in Varysburg, where they built a house and raised their children. It was there that he began to heal his mind and soul from Vietnam.

If he had a nickel for every time he asked himself how he came home safely he would be rich, and he feels guilty about the guys who never made it back.

"You wonder how the hell did I get through it," Phillips said. "Just luck, I guess."