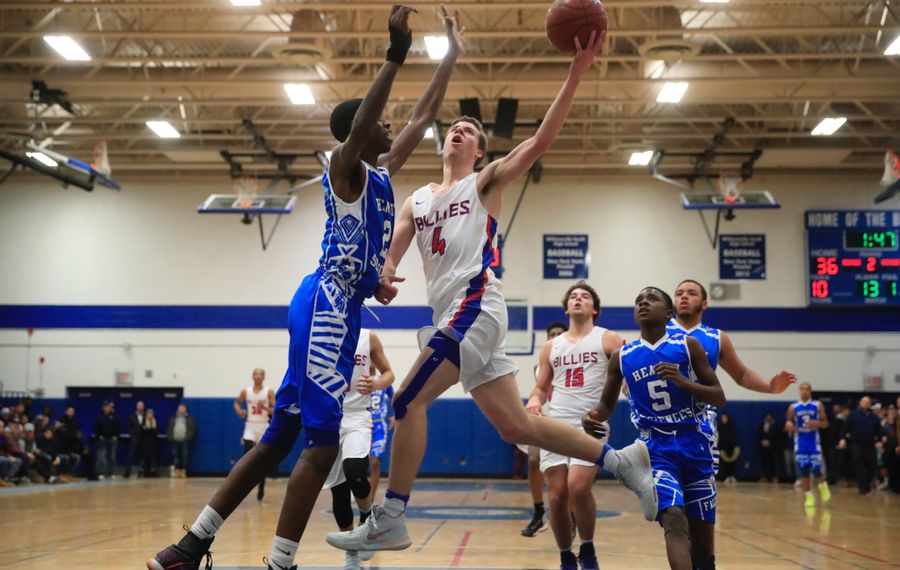 Greg Dolan is known for his on-court smarts and competitive nature.

It’s fitting that he chose a college that will continue to challenge both those characteristics in and out of the classroom.

Dolan, the former Williamsville South star and 2018 Allen Wilson Buffalo News Player of the Year, announced via Twitter he will play college basketball at Cornell University.

Dolan told the Buffalo News that he chose the Ivy League institution in nearby Ithaca over Canisius, Campbell (N.C.), Colgate, Elon, Siena and Dartmouth.

“I just felt it was the best combination for me academics and basketball wise,” Dolan said. “I can play in the Ivy League competitively and at the same time get a good education.”

Prior to attending prep school for a year, Dolan shined for four seasons as a starter with Williamsville South, earning All-Western New York first team honors three times. He helped the program win two Section VI Class A championships and reach the 2016 state semifinals. As a senior at South, Dolan averaged 28.6 points, 8.8 rebounds, 7.1 steals and 6.9 assists per game.

Proximity factored into Dolan’s decision to attend Cornell, but it was common knowledge in his circles that Dolan was looking for a spot with strong academics and competitive basketball.

“I think being able to get a great education and play basketball in the Ivy League which has become stronger and stronger was big for me,” Dolan said. “That, along with being close to home only a few hours where my parents and others can come to see me play.”

Dolan’s not the first Western New York scholastic star to take his talents to Cornell. Ka’Ron Barnes played for the Big Red during the early 2000s and is currently a member of Cornell’s Athletic Hall of Fame.