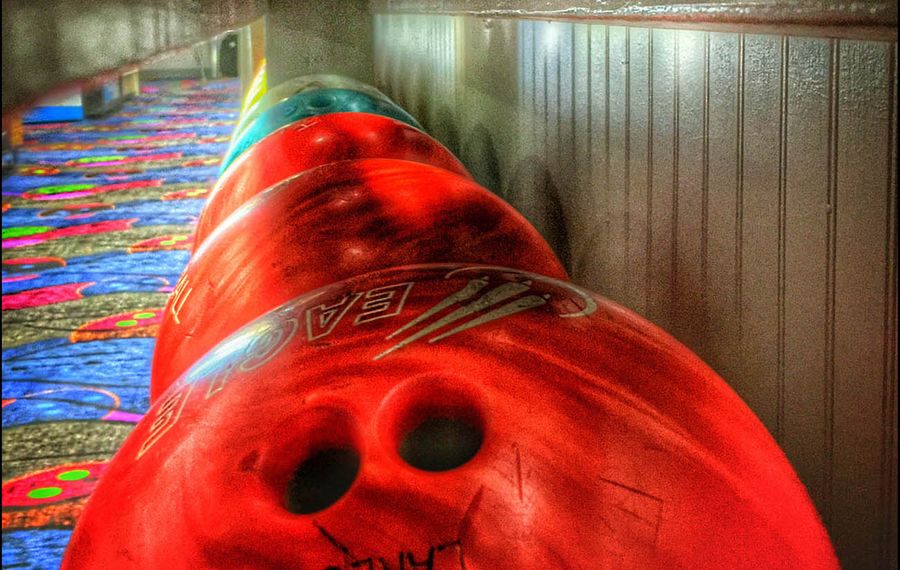 The professional life of a pro bowler is longer than that of an NFL, NBA, NHL or Major League Baseball player.

As proof: Norm Duke, who once was the youngest to win a PBA Tour event when he won the Cleveland Open in 1983 at 18 years and 345 days. Duke will be 55 next week. Earlier this month he won consecutive tour events in Indianapolis and Jonesboro, Ark.

Despite the longevity of pro bowling's big names such as Walter Ray Williams, Pete Weber, Chris Barnes and others, a glance at recent PBA Tour scoreboards shows dramatic turnover in the last decade, bringing a lot of new stars in the sport.

With that in mind, we compared Friday's cashers round of the PBA World Championship in Allen Park, Mich., to the field for the last PBA Tour event held in Buffalo, the Mark Roth Plastic Ball Championship at Thruway Lanes in Cheektowaga in March, 2011. Thruway, of course, is now gone.

There are familiar names for sure, but the turnover is remarkable. Age and the probability that is more difficult than ever to make a living as a full-time pro bowler may have something to do with it.

In 2011, Belmonte was in his fourth season on the Tour and just beginning to begin his dominance of pro bowling.

But there are a ton of new faces. Players such as E.J. Tackett, Anthony Simonsen, Jacob Butturff, Thomas Larsen and Darren Tang have burst upon the scene.

Angelo, Ciminelli and Johnson are the only locals active in the PBA World Series of Bowling X that began last week. Angelo was the lone WNYer to make it to the World Championship cashers round. He fell short of moving on to match play, finishing 37th with 8,393 total pins for 40 games and cashing in for $2,700.

He also qualified for next week's match play in the PBA Cheetah Championship with five-game blocks of 1,065 and 1,161. Angelo reached the cashers round of the Worlds even though he did not qualify for match play in two events. He finished 64th in the Scorpion event with 2,020 for 10 games and tied for 76th in the Chameleon with 2,024.

Ciminelli, who has had injury problems this season, started with a 1,110 block (222 average) in the Chameleon but scored only 987 in the next five games and ended up tied for 52nd.

Page is the top qualifier in Cheetah with a 10-game total of 2,341. Ronnie Russell led the Chameleon qualifying with 2,350 and Belmonte averaged 239 to top the Scorpion qualifying.

Because of the broken schedule, it's not easy to follow the World Series. The Cheetah qualifying was bowled last Tuesday but the match play rounds and the stepladder finals won't be until Monday with the finals telecast live on FS1 at 8 p.m.

The World Championship finals will be shown live on Thursday on FS1 at 8 p.m.

Pabst doubles up
Michael Pabst not only bowled with the winning duo in the Greater Buffalo USBC Association Me & Mine Handicap Tournament held over two weekends last month at AMF Airport Lanes, he bowled on the runner-up team, too.

Pabst and Sandra Snyder combined for a 1,559 to win the A Division (average above 350). Pabst and Cheryl Aloi teamed up for a 1,534 to finish second. Thomas and Kaylee Kaminski finished third with 1,531.

Angela Zymowski and Joshua Elliott had a 1,595 scored to win Division B (350 average and under). Gail Krollman and Joseph Johnson were just six pins behind at 1,589. Third were Debbie Huber and James Foss with 1,541.

A portion of the entry fee will go to support the “Roswell Park Cessation Services Ride for Roswell Team,” according to organizers Patti and Fran Bax of North Tonawanda.

The entry fee is $50 or, for bowlers wanting to bowl in both the scratch and handicap divisions, $100. There will be one three-game squad at noon.

Prize money will be awarded as well as prizes donated by Salvatore.