When Shane Casado was released from jail for nine days after his indictment for murder in the shooting death of his girlfriend Rachael Wierzbicki, her family and friends were horrified.

“It was an awful nine days,” said Lauri Wierzbicki, Rachael’s mother. “We relived her death all over again. He was supposed to be going back to work, only a couple of miles from us.”

Freedom ended Friday morning for the 24-year-old Casado, whose $175,000 bond was revoked after a hearing before Supreme Court Judge John L. Michalski.

Casado’s release from jail on March 6 sparked outrage throughout the community especially among family and friends of the victim.

Rachael, 22, a 2014 graduate of Orchard Park High School, was shot on Nov. 27, less than an hour after she left work at Byrd House, an Orchard Park restaurant. She met Casado in June, and almost immediately his controlling behavior set off warning signals to her family and friends, Wierzbicki said. “He didn’t want to meet anyone in her family, or any of her friends,” she said. 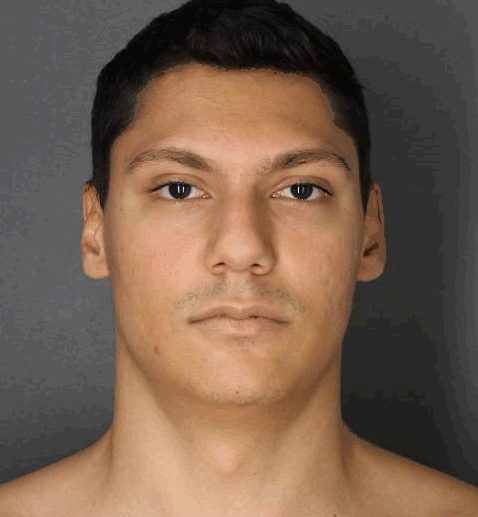 Rachael graduated from Erie Community College South Campus with a liberal arts degree. She attended SUNY Brockport and SUNY Buffalo State, where in January she planned to continue her studies in criminal justice.

As Wierzbicki sat in the courtroom Friday morning waiting to hear if the judge would revoke Casado’s bail, her mind was of filled with thoughts of her daughter.

“Everyone who met her fell in love with her,” Wierzbicki said. “We took a family trip to Disney World, and Rachael bought a bubble-making machine, and she walked around the park with it, blowing bubbles for all the kids. She was positive, energetic, and she could always tell if you were having a bad day.”

By Wierzbicki’s side in the courtroom was her husband of 25 years, Mark Wierzbicki. Surrounding her were her sisters and a following of Rachael’s friends, many of whom had planned to picket the courthouse if Casado’s bail was not revoked.

“They did the right thing by putting him back in jail,” Flynn said immediately after the hearing. “We made our application [for bail revocation] based on newly discovered evidence that [Casado] did not have employment. The defense put in their papers that he had employment, a job waiting for him.

“Putting bail on someone who is charged with murder is atypical to begin with,” said Flynn.

“I was upset by this, more so for the victim’s family,” the district attorney said. “My main feeling was frustration because I could not give the family a good reason why (Casado) was out of jail. These people don’t understand the criminal justice system.”

Herb Greenman and Justin D. Ginter represented the defendant. The revocation of Casado's bail had nothing to do with the employment issue, said Ginter.

“Judge Michalski revoked the bail after review of the grand jury minutes, not because of the employment,” said defense attorney Justin D. Ginter. "The judge said that in open court. The district attorney was not in court."

Mary Murphy, chief executive officer of the Family Justice Center, is familiar with the Wierzbicki case.

“I was in constant contact with Rachael’s family, particularly her mother,” said Murphy. “This is the largest network of support I have seen. When they found out the defendant had been released on bail, they didn’t know what hit them. Their confusion and sense of powerlessness during those nine agonizing days was heartbreaking. Their energies now are directed at bail reform and letting victims of domestic violence know Rachael’s death will not be in vain.”

After the court hearing on Friday, the Wierzbickis returned home to Orchard Park. They said they felt relieved that the man charged in the death of their daughter was back in jail.

“Even though it didn’t bring my daughter back, we will continue to fight for bail reform,” said Wierzbicki. “We want a new law to ensure that anyone indicted for second-degree murder will not be entitled to bail. We want to call it the ‘Justice for Rachael Bill.’ ”