The peace pipe-tomahawk has taken a long, mysterious journey since George Washington gave it to a Seneca Nation chief in 1792.

Now the Seneca Nation has it back, albeit on loan.

The 227-year-old maple artifact with a silver inlay will be displayed for the next six months at the Seneca-Iroquois National Museum on the Allegany Indian Reservation in Salamanca.

The nation's first president had the peace pipe-tomahawk commissioned for Chief Cornplanter. But the Seneca chief eventually grew so disheartened by broken treaties and stolen Indian land that he destroyed most of the gifts he ever received from Washington and other dignitaries.

The peace pipe-tomahawk, however, survived and it resurfaced in 1850 in the New York State Museum in Albany. It remained at the museum until someone stole it between 1947 and 1950, according to Gwendolyn Saul, the museum's curator of ethnography and ethnology.

At first, museum officials thought it might have been miscataloged. But as time passed, that no longer seemed to be the case.

In April 2018, the mystery of what happened to the artifact began to clear up. Saul received a letter from a law firm saying a collector in the Northwest had an object that might belong to the museum. It turned out to be the peace pipe-tomahawk. The museum, through the law firm, was able to contact the collector, who said she wanted to return the artifact at no cost to the museum even though she paid $75,000 for it.

"This kind of thing rarely, if ever, happens," Saul said. "It's just an astonishing and really wonderful thing to have happen." 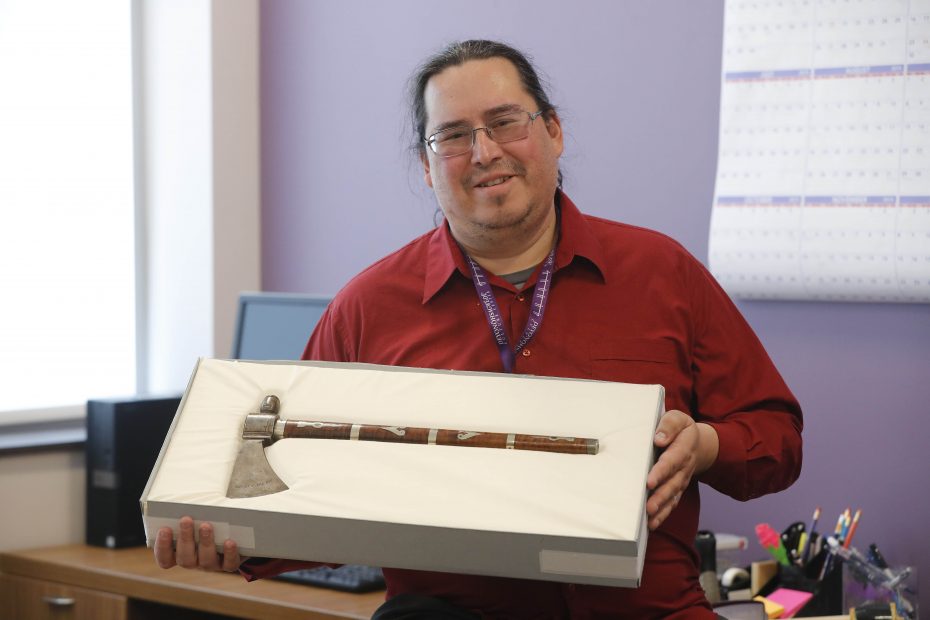 The "beautifully made" peace pipe-tomahawk is filled with symbolism, Saul said.

"It really symbolizes the hard work that Seneca leaders, especially Chief Cornplanter, were doing during a very tumultuous time to try to protect their own communities and nations, and also to reach out to forge a relationship with the founding president of the United States," Saul said.

"I think it's important that it was a gift," she said. "It is a great reminder for us about how we have relationships from nation to nation."

The state museum offered to make the object available on loan to the Seneca Nation, which readily accepted. The artifact will be publicly unveiled Thursday at the Seneca museum, also known as the Onohsagwede Cultural Center.

The wooden peace pipe-tomahawk contains silver hearts and arrows on both sides, symbolizing friendship and adversaries, George-Shongo said. Etched into the tomahawk in the Seneca language is Cornplanter's Indian name, which means "the planter."

"Cornplanter was a distinguished leader of the Seneca people through a critical period of Seneca history," said Rick Jemison, the Seneca museum's board chairman.

"He was a skilled Seneca war chief but also a wise and skilled diplomat for peace," he said. "The return of the pipe-tomahawk will serve as a reminder to all of this most important Seneca leader and the role he played in the history of the Seneca Nation and the history of the United States of America."

The peace pipe-tomahawk was presented to the Seneca war chief, years after the colonists, led by Washington, burned and destroyed Indian villages and destroyed farms and orchards during the French and Indian War and later the Revolutionary War.

During the American Revolutionary War, Gen. John Sullivan, at the direction of then-Gen. Washington, carried out in 1779 what came to be known as Sullivan's Expedition, which destroyed the towns and cornfields of the British-allied Iroquois nations. Many from the Iroquois nations did not survive the harsh winter with their food sources destroyed, and others resettled in Canada.

In 1792, Cornplanter wrote to President Washington about the ignored Native land claims and deadly skirmishes instigated by white settlers.

"Father, you have said we were in your hand, and that by closing it, you could crush us to nothing," Cornplanter wrote. "Are you determined to crush us?"

Washington responded, "It is my desire, and the desire of the United States that all the miseries of the late war should be forgotten and buried forever. That in the future, the United States and the six nations should be truly brothers, promoting each other's prosperity by acts of mutual justice and friendship." 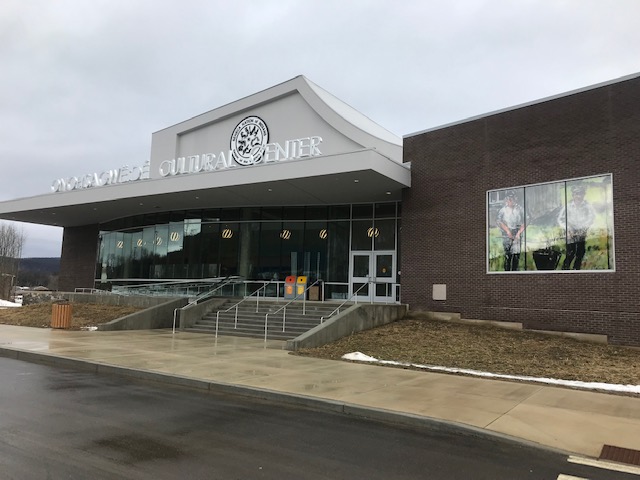 The Seneca-Iroquois National Museum in Salamanca will display the 227-year-old peace pipe-tomahawk.