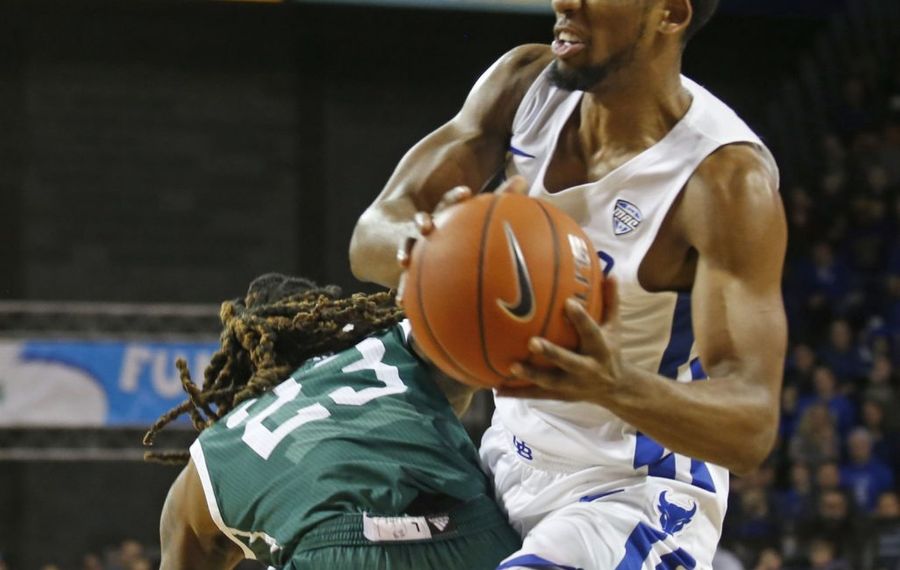 History: Akron is 34-29 all-time against the Bulls, and Zips coach John Groce is 5-8 overall and 0-4 at Akron against UB.

The Bulls face the Zips for the third time this season; the Bulls swept the regular-season series with a 76-70 win Feb. 12 at Akron, and a 77-64 win Feb. 26 at Alumni Arena. Massinburg scored 21 points Feb. 12 in the win against the Zips, and Perkins scored 25 points Feb. 26 against the Zips.

Bracketology: The Bulls are in good shape to earn an NCAA Tournament as an at-large candidate, but can solidify their spot in the 68-team field if they win the MAC Tournament championship.

“I hope we’re locked in as a NCAA team, a minimum of an at-large, and I think we’ve done enough for that,” UB coach Nate Oats said. “I don’t think we’re locked into our seed right now. Based on what we do this weekend, our seed can go up or down. If we come in and lay an egg, now we have to hope we get in and I think we’d get in, but, obviously, our seed would drop, in my opinion. But if we come in and play three great games, we could move up. There might be some other teams that are projected higher that don’t do well. It’d be great to jump over a few of them, so I do think there’s a lot yet to be determined, in these next four days.”

The Bulls are also the first MAC team that is nationally ranked to play in the conference tournament in 30 years. Ball State was No. 19 when it played in the 1989 tournament.

Next: The winner of the Buffalo-Akron quarterfinal will face No. 4 Kent State or No. 5 Central Michigan in a MAC men’s semifinal at 6:30 p.m. Friday at Quicken Loans Arena.