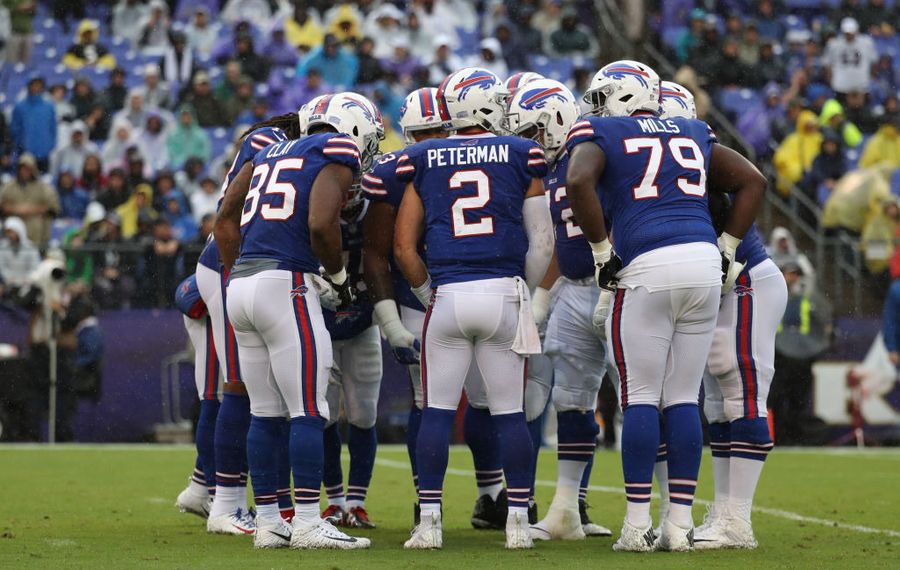 The Bills continued reshaping their offense Tuesday by agreeing to terms with several more players who will be penciled into the starting lineup. Tuesday's additions included:

The team's Week 1 starting offense will hardly resemble the opening unit from 2018, which is great news for anyone who enjoys watching competent football.

A positive final month of the season seems to have helped Bills fans forget how dreadful the team's offense was for most of the year. According to Football Outsiders, the Bills' offense finished with the lowest Defense-adjusted Value Over Average (DVOA) on record for the franchise since the site began tracking the stat in 1986. DVOA essentially measures the average benefit a team gets on each play relative to the leaguewide rate in the same situation (if you're curious, 2009 was second-worst).

So consider the Bills' 2018 Week 1 starters versus their potential 2019 starting lineup:

That's at least eight potential changes from six months ago, and more could be coming. The league year doesn't even open until 4 p.m. Wednesday, and then there's the draft.

Additions of Cole Beasley, John Brown drastically reshapes Bills' outlook at receiver: Jay Skurski wrote a post Tuesday morning that listed 5 wide receivers for the Bills to consider. They promptly hit on two of them, addressing arguably the team's biggest need. Wide Receiver may now bumped down far enough on the list of needs to rule out taking one at ninth overall.

More on the new linemen: Ty Nsekhe figures to get chance to start, while Jon Feliciano looks like a player who can provide depth at the interior positions.

Reports: Bills schedule visit with DE Ziggy Ansah: The Bills would put a bow on their free-agent frenzy if they can sign DE Ziggy Ansah to bolster their pass rush. Ansah was a force in his six years with the Lions, recording 48 sacks since 2013, which ranks 14th in the league over that span (Jerry Hughes has 42 in that timeframe).

State probing banks in Trump’s bid to buy Bills: You can't make this stuff up. Michael Cohen, Donald Trump’s former lawyer, said during a congressional testimony last month that Trump inflated his assets in financial statements while trying to purchase the Bills. So now the New York State Attorney General’s Office wants to take a look at the matter.