Hayden Fogle is making some serious moves these days, leading me to believe that he might not be in town - spoiling Buffalo-area blues-lovers with his virtuosic and ever-expanding interpretation of electric blues history and its various funky, soulful off-shoots – for very much longer.

Not that any of us want Hayden to leave – it has indeed been a pleasure watching him grow up in public, gradually moving from the “Wow, it’s amazing that a kid that young can play that incredibly” category to the “OK, this cat’s amazing for any age bracket” slot. But Fogle is topping out here. The rest of the world needs to be let in on Buffalo’s long-held secret.

Last week, Fogle announced he had been selected to perform at the annual Dallas International Guitar Festival, alongside such six-string legends as Sonny Landreth, Eric Gales and Andy Timmons. One of the longest-running guitar festivals in the world, the Dallas event crams a Texas-sized schedule into three  days of non-stop music and guitar-related activity. Fogle willrepresent Buffalo on May 3.

A few days after the Dallas announcement, this appeared on Fogle’s Facebook profile:

“I have always dreamed of someday traveling to Tokyo, and I’m so happy to say that my dream has come TRUE! In about one week I will be flying over there to Japan to play at the Blue Note Tokyo with (legendary jazz/pop guitarist) Lee Ritenour and some of the most talented musicians from all over the world. I’m so thankful for all the support I’ve gotten from Buffalo throughout the years, so I want to say thank you!”

Go get it, Hayden.

While on tour out west, Buffalo groove-rock quartet Aqueous took some time to pay it forward, taking a breath between tour stops in Colorado, Oregon and California to spend the day hanging with and performing for with budding young musicians from the Phoenix branch of the School of Rock franchise.

After meeting the kids, guitarist/vocalist Mike Gantzer said he felt the future of rock music is "more secure than I would’ve thought previously. These kids were so excited to meet us and hear us play, and it was inspiring to see how lit up they got during the whole experience. They asked relevant and meaningful questions about how to navigate the music industry and get gigs, and it was so awesome seeing them take the stage themselves with such confidence, stage presence, and vivaciousness. 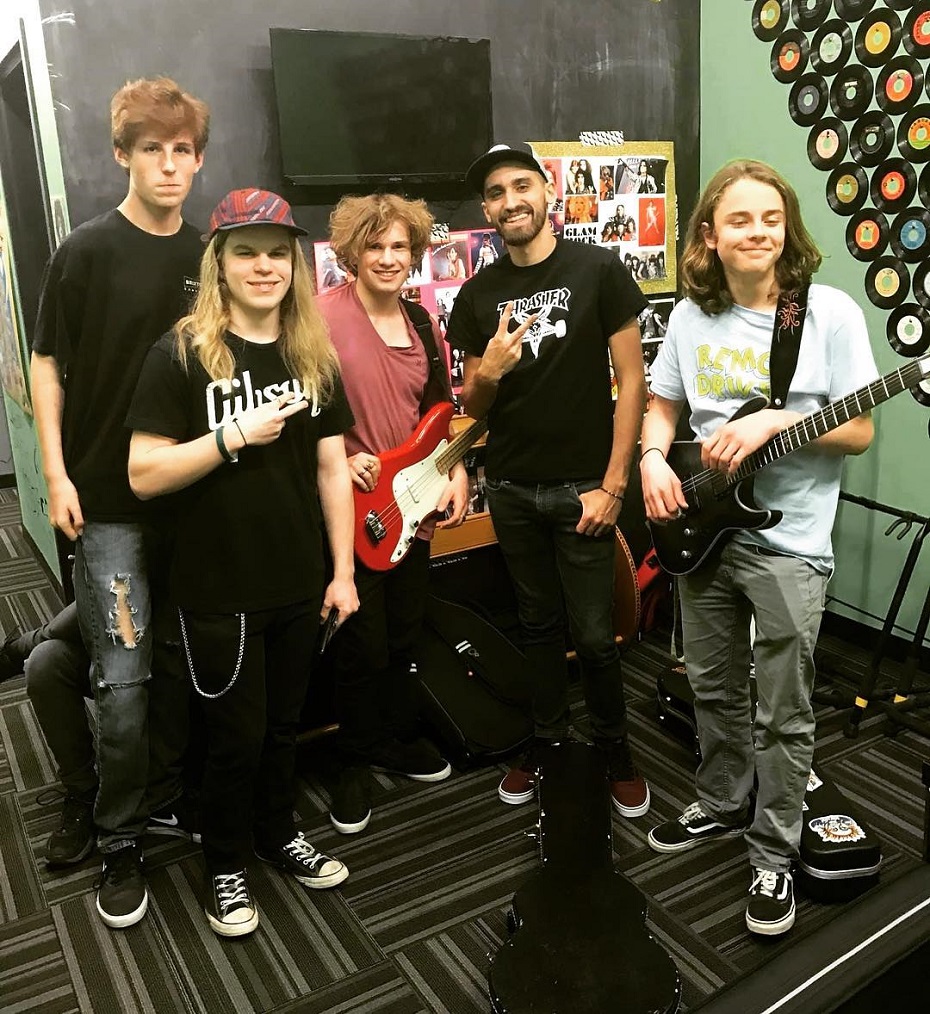 “A lot of these kids can really play, too, and it was a thing of beauty watching their dreams be reassured and fostered in such an awesome way," Gantzer continued. "They were learning Faith No More and Alice In Chains songs when we were there. I saw the teachers advising on things like making sure the guitar was in tune, which pickup or effects pedal to use on which song and why, and all kinds of other real-world advice, and it was so inspiring. We will definitely be involved with School of Rock again moving forward.”

They might have to wait a while. Aqueous has already been confirmed for main stage performances at some of the summer’s biggest festivals, among them Summer Camp, Peach, Backwoods and Camp Bisco.

Short spins: The Penny Lane Café (10255 Main St., Clarence) is hosting an original songwriters’ contest  offering area songwriters and original bands the chance to compete for 20 hours of recording time at Mark Studios and a paid booking at Penny Lane. Live preliminary rounds at Penny Lane kick off at 7 p.m. March 19, and enrollment for the all-ages contest is open now. (PennyLaneCafeBooking@gmail.com)... Bob Weir & the Wolf Brothers – a trio comprised of Weir, bassist Don Was and drummer Jay Lane, offering rustic, Americana-soaked takes on tunes from throughout Weir’s career – performs at 7:30 p.m. March 15 at Shea's Buffalo Theatre (646 Main St.) … Outstanding stoner-rock outfit All Them Witches returns to town for a show at 8 p.m. March 15 at Mohawk Place (47 East Mohawk St.). Opening is Plague Vendor. Admission is $18 at the door.