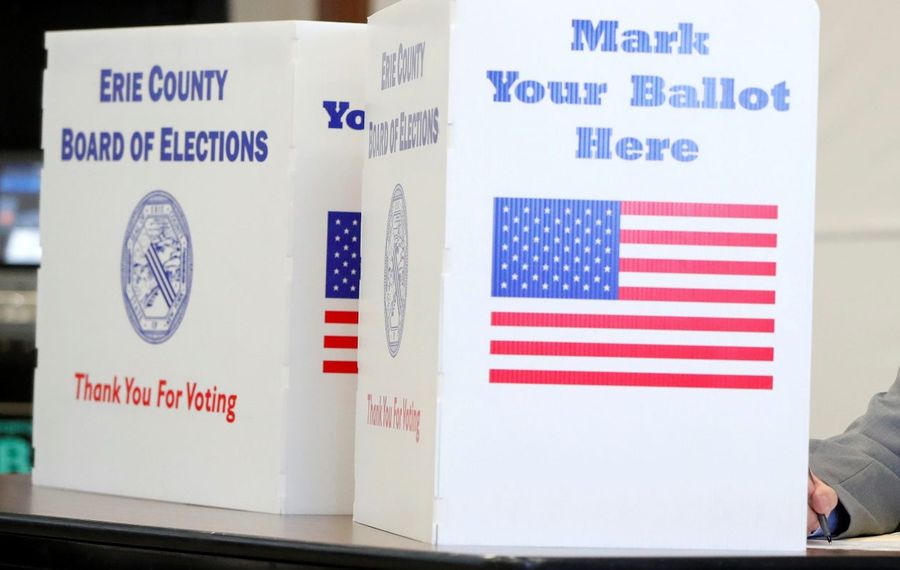 Mayors, trustees and justices will be on the ballots in nine Erie County villages during annual elections March 19.

Alden: Incumbent Mark Casell of the Castle Party and Loren Prucnal of the Independence Party are running for a single trustee position, and Justice Michael Cole of the Citizens Party is unopposed for re-election.

Polls are open from noon to 9 p.m. at Village Hall, 41 Commercial St.

Voting will take place from noon to 9 p.m. in the senior center in Village Hall, 85 Manitou St.

East Aurora: There are three trustee terms up, with two incumbents on the ballot. Steve Lazickas of the Common Ground Party and Kristin K. Cameron of the Planned Progress Party are running. Any other candidates will be write-in candidates.

Orchard Park: All four candidates are unopposed, with Matthew J. Hartung and Francis T. Hogenkamp seeking four-year trustee terms, and Shannon S. Fuhrman running for a two-year trustee term. All are Republicans. Village Justice Danial B. Kane has been endorsed by the Republican and Democratic parties for re-election.