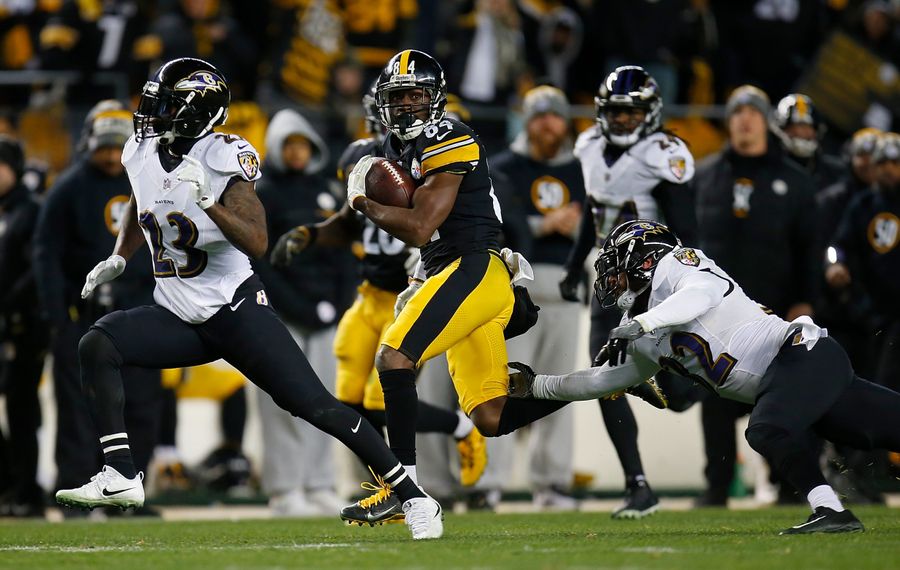 Did Antonio Brown spurn the Bills? That was a common narrative amid conflicting reports Friday about a deal between the Steelers and Bills, hours after Bills General Manager Brandon Beane announced that the team was "moving on" from trade conversations for the disgruntled wide receiver.

Brown got a new contract with a raise and guaranteed money from the Raiders that could pay him more than $54 million in the next three years if incentives are reached, and the Steelers got third- and fifth-round picks in a trade that was reported overnight and cannot be completed until Wednesday.

The Bills and Steelers began talking Tuesday and continued talking through Thursday.

As the News reported Friday, parallel negotiations were ongoing between the Bills and the Steelers, and the Bills and Brown's agent, Drew Rosenhaus. The Bills had to agree with Brown on the terms of a new deal while working with the Steelers on trade compensation.

Rosenhaus, appearing on NFL Network's Free Agent Frenzy on Sunday, was asked directly whether Brown would have come to Buffalo. While the Bills spoke with Rosenhaus about potential terms, the agent said talks between the Bills and Steelers did not get to a point where Brown would have to make a decision.

"You know what? I don’t know that there was ever an option for us quite frankly," Rosenhaus said. "We never got in that position and it really wasn’t something that was up to us to decide. I don’t think the Steelers and the Bills were able to work something out.”

Asked more broadly what happened between the Bills and Steelers, Rosenhaus said, “I’m not sure. … Brandon Beane came out with a very eloquent statement. He said that they looked into it with the Steelers and they decided to not pursue the trade and we respect that.

"So the Bills decided it wasn’t a great fit for them and it just didn’t work out. So we moved on and started talking with the Raiders and Antonio’s very happy in Oakland. We wish the Bills the best.”

Inside the trade that never happened: Why Antonio Brown is not a Bill