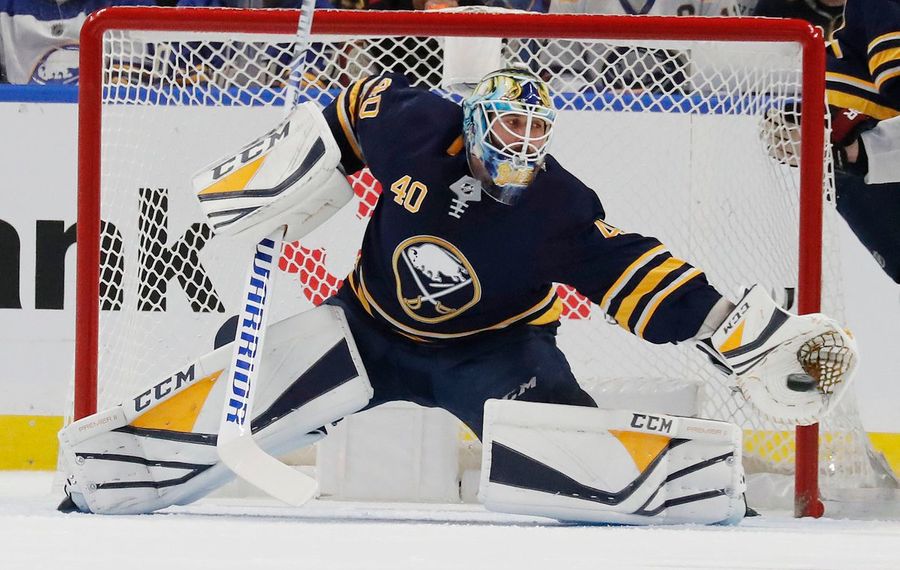 Not much of note took place Saturday in Pepsi Center.

The Buffalo Sabres lost another road game, dropping a 3-0 decision to the Colorado Avalanche. They had seven shots on goal through two periods and the final count was 43-18.

That pretty much shows how competitive the Sabres were in this one. Colorado goalie Philipp Grubauer didn't have much to do for his shutout at all until the final five minutes, when the Sabres finally forged some offensive pressure.

Colorado opened the scoring at 3:14 of the second period. All-Star center Nathan MacKinnon capitalized on a turnover by Rasmus Dahlin at the Buffalo blue line, went around the 18-year-old and burned Carter Hutton with a laser to the top corner to put the Avs in front for keeps.

Mikko Rantanen's power-play goal at 10:13 of the third period, a screened shot from the right circle, put the game away. Gabriel Bourque hit an empty net with 1:10 left.

First period: Neither team scored in the opening 20 minutes as the Avalanche had 11 of the game's first 13 shots on goal and the count finished at 12-4.

Big hit: The game took a more sinister tone with 9:48 left in the first as Colorado defenseman and former Sabre Nikita Zadorov blasted Jack Eichel along the boards with a high hit that was also late and came after the whistle. Zadorov got a roughing call and Eichel was uninjured.

Casey Nelson was the first Sabres player to the scene but did not do much of anything to Zadorov. However, Marco Scandella and Sam Reinhart were quick to aid their captain and Jeff Skinner got engaged with Rantanen while trying to make his way there as well. Skinner and Rantanen also got roughing penalties.

Eichel's response: The Buffalo captain was nailed with a checking to the head minor as he clipped Colorado's Carl Soderberg at 14:48 of the second period. It would be no surprise if he hears from the NHL's Department of Player Safety for the infraction.

Best chance: Reinhart was foiled by Grubauer on a breakaway after coming out of the box following a holding penalty at 15:23 of the first period.

Offense hasn't been sleepy: The Sabres had 23 goals over their previous seven games, averaging 3.29 per contest. And they had at least 30 shots on goal for 11 straight games entering Saturday.

Next: The Sabres flew home immediately after the game and will take Sunday off. Their next two games are at home, Tuesday against Dallas and Thursday against Pittsburgh. It will be interesting to see if the NHL sits Eichel for one or both of them.