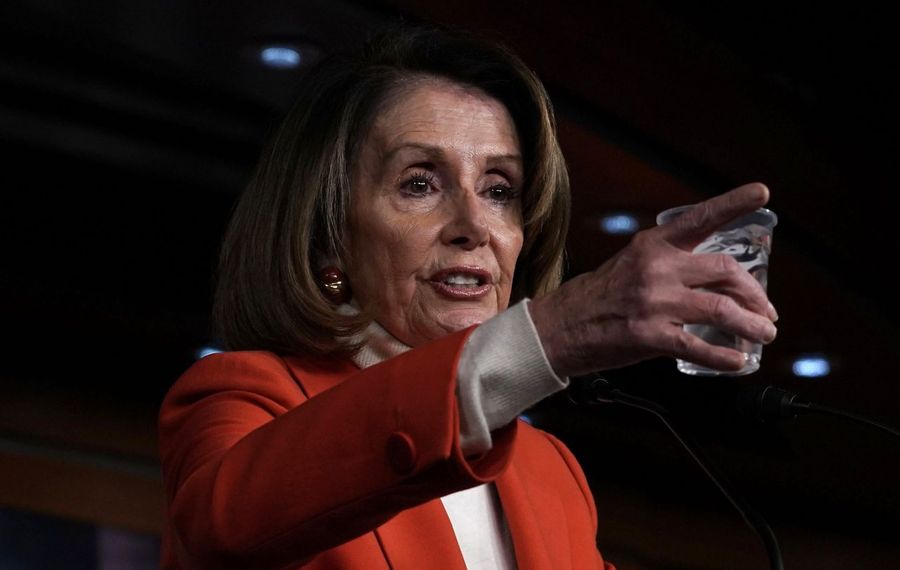 WASHINGTON – House Democrats on Friday passed a sweeping ethics and campaign reform that takes a veiled shot at Rep. Chris Collins, in that it would ban lawmakers from serving on the boards of public corporations.

Collins was the only House member to do that, serving on the board of an Australian biotech firm called Innate Immunotherapeutics until last spring. Federal prosecutors in New York later charged Collins with several felonies in connection with an alleged insider trading scheme based on knowledge Collins gleaned from his role on Innate's board in 2017. Collins, a Clarence Republican, maintains that he is innocent.

In the wake of Collins' arrest, Democrats vowed to make passage of an ethics measure their top priority if they won control of the House. They did both, and their ethics bill – dubbed "The For the People Act" – passed the House by a party-line 234-193 margin.

The bill faces almost certain doom in the Republican-controlled Senate, but House Speaker Nancy Pelosi said nevertheless that the measure is essential.

The bill "restores the people's faith that government works for the public interest, the people's interest, not the special interest," said Pelosi, a California Democrat. "It cleans up corruption, returning integrity to Washington, D.C.

The ethics measure is the second in which the new House Democratic majority addressed the issue of lawmakers serving on corporate boards. Democrats barred the practice in the rules they adopted for the two years of the current Congress, but by including it in their broader ethics legislation, they would would make it permanently illegal for lawmakers to serve on the boards of publicly traded companies.

But the ethics bill includes much more than that backhanded shot at Collins. The measure would create public financing for House campaigns, implement automatic voter registration, bolster campaign finance reporting requirements, end the partisan shaping of congressional districts and require presidential candidates to release 10 years of their tax returns.

Collins opposed the measure, citing its public financing of campaigns as his reason. Under the proposal, the federal government would match small donations to congressional campaigns by a ratio of up to six to one.

"The election reform House Democrats are seeking is to have hard-working taxpayers pay for their political campaigns with hard-earned tax dollars," Collins said in a statement. "This is not serious reform and has no chance of passing the Senate or getting the president’s signature."

Collins and his staff refused to answer repeated questions about how the lawmaker feels about the bill's provision barring lawmakers from serving on the boards of public corporations.

"A couple of members of Congress have been indicted on various charges, and it's appropriate that Congress has an institution seek to take the actions to mitigate, to remedy circumstances that provide for potential conflicts of interest," Higgins said.

The bill also expands protections against cyber attacks aimed at the nation's elections and enhances disclosure requirements for campaign contributions, but Higgins said the provisions that make it easier to register and vote were among its most important.

"You can't you can't be a supporter of democracy without supporting this bill," Higgins said. "I mean, you know, what's wrong with improving access to the right to vote and expanding the opportunity to exercise that right?"

But Republicans such as Rep. Tom Reed of Corning offered plenty of reasons for opposing the measure.

"Because it is such a comprehensive bill, there are some things in there that I think are counter to the core of reforming our election system, that go too far," Reed said.

Reed said he was concerned about the public financing of campaigns, as well as a vast expansion of the powers of the Federal Election Commission. In addition, he said the bill infringes on the states' rights to actually run elections.

Nevertheless, Reed supported an amendment to the bill that the Problem-Solvers Caucus, which he co-chairs, got added to the bill. That amendment – which requires the FEC to conduct post-election audits to determine if illegal foreign money influenced elections – is the first to be added to legislation using new parliamentary rules that the Problem Solvers pushed to implementation.

The bill's future appears bleak, though, because Senate Majority Leader Mitch McConnell, a Kentucky Republican, has dismissed it as "the Democratic Politician Protection Act" and vowed not to bring it to the Senate Floor.

Democrats vowed to keep pushing for it anyway, in hopes that the bill could become law under a future Democratic Senate and president.

Noting that McConnell dismissed the bill as a "power grab," Rep. Zoe Lofgren, a California Democrat who helped push the bill to passage, said: "Yes, it is. It's a power grab for the American people."