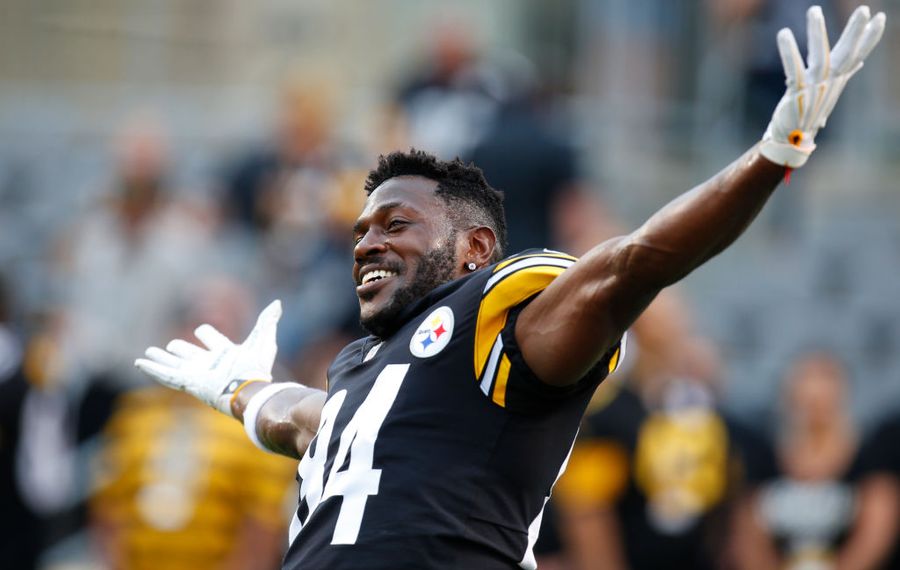 For a trade that never actually happened, few stories have commanded more attention recently than the Buffalo Bills and Pittsburgh Steelers not reaching an agreement that would have sent star receiver Antonio Brown to the Bills.

Bills General Manager Brandon Beane issued a statement Friday that said the teams had “positive discussions, but ultimately it didn’t make sense for either side.”

According to multiple NFL sources who spoke on the condition they not be identified, the inability for this deal to be consummated involved three parties: the Bills, Steelers, and Brown’s agent, Drew Rosenhaus. The Bills and the agent discussed a potential renegotiation of the receiver’s contract with the Steelers that has three seasons remaining for base salaries totaling about $39 million.

For the Bills, the process came down to three major steps: investigating Brown, evaluating the trade compensation, and exploring the contract parameters for a new deal for the receiver. In the end, they decided to withdraw.

With the input of those sources, The Buffalo News has pieced together the following breakdown of what happened — or didn’t happen — to leave the Bills still in search of help at one of their primary areas of need.

Talks started Tuesday and ran through Thursday. When Beane and Steelers General Manager Kevin Colbert last spoke on Thursday, no deal was imminent.

Late Thursday night, NFL Media’s Ian Rapoport tweeted that the Bills and Steelers were closing in on a trade that would send Brown to Buffalo. The report came as news to Beane, who had intended to say nothing publicly about the Bills’ interest in Brown.

On Friday morning, a source said Beane contacted Colbert to inform him he was going to release the following statement: “We inquired about Antonio Brown on Tuesday, and kept talks open with the Steelers. We had positive discussions, but ultimately it didn’t make sense for either side. As great a player as Antonio Brown is, we have moved on and our focus is on free agency.”

What Bills fans can learn from the Antonio Brown saga

A source said that Bills co-owners Terry and Kim Pegula were kept abreast along the way.

The Bills had to agree with Brown on the terms of a new deal while also working with the Steelers on trade compensation.

Whatever compensation the Bills would agree to give the Steelers was directly tied to whatever financial terms Brown was seeking. It stands to reason that the larger the payout for Brown, the lower the compensation the team would be willing to give in order to reduce the risk, and vice versa.

As the talks unfolded, it didn't take long to determine the trade was going nowhere.

Neither Beane nor anyone from the Bills spoke directly with Brown. Beane has never met him, so there is no way of truly knowing from the Bills’ end how he feels about the team or Buffalo.

However, sources said the Bills were confident if they met his financial demand and were able to make the trade, Brown would have happily joined them.

Despite speculation that their inability to acquire Brown doesn’t bode well for their efforts to sign players during the NFL’s unrestricted free-agent period that begins Wednesday, the Bills believe what was true before about signing players in the open market remains true: money talks.

It has been the Bills’ experience that there are certain players who prefer to play in larger markets and, if contract offers are equal, will choose those teams. The Bills also have found there are some who would rather play in smaller markets.

Brown’s issues with the Steelers, including not showing up for practice and being late for meetings, boiled over when he was not present for their 2018 season finale.

The receiver’s hard feelings with the team, which primarily stemmed from clashing with quarterback Ben Roethlisberger, seemingly paint a picture of the sort of player Beane and coach Sean McDermott would not want in the team-first environment they’ve repeatedly said they are trying to build.

However, the sources said the Bills don’t make determinations on a player’s character from a distance. They believe in doing their own homework, and the only way to achieve that with Brown was to enter into a trade discussion. That would allow for conversations between officials from both teams to help determine whether Brown’s behavior had more to do with the environment in Pittsburgh than the player. The sources would not reveal their findings.

During last week’s NFL scouting combine in Indianapolis, Beane and McDermott said they did not buy into the concept of having a No. 1 receiver, saying all they were interested in was getting good players who could get open and catch the ball.

So why the contradiction reflected in the pursuit of Brown?

Because the Bills saw Brown as an exceptional, one-of-a-kind talent that they felt obligated to pursue if there was any chance of getting him.