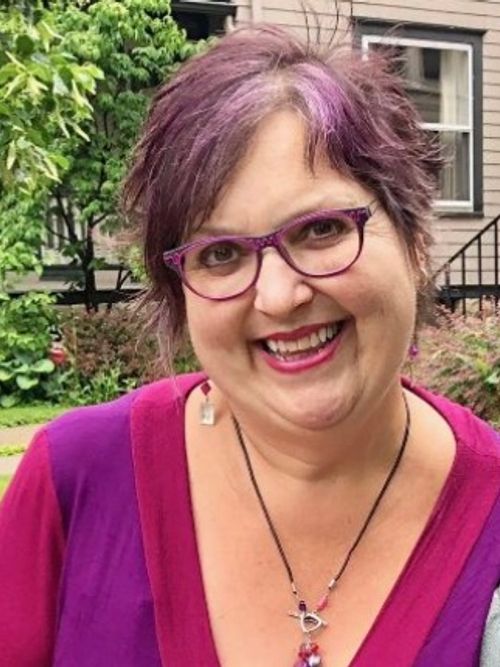 Bernadette "Berni" Hoppe was a lifelong activist. So it was no surprise that four years after she was diagnosed with Stage 3 cancer, she traveled to Albany to testify before the State Assembly Health Committee in support of the Medical Aid in Dying Act.

In her testimony on April 23, 2018, Ms. Hoppe told the committee how much she had to live for. Then she said, "Please give me, and those of us with terminal diagnoses, the ability to have hard, emotional conversations with our doctors, our families, our friends, and let us be the ones to make very private, personal and difficult decisions about when and how we die."

A month later, the committee narrowly passed the act, but it was not brought before the Assembly. New versions of the bill were introduced in both houses earlier this year.

Ms. Hoppe, of Buffalo, a longtime attorney and college professor who produced a television show and documentaries and edited a magazine for women, died March 1, 2019, in the Hospice Inpatient Unit in Cheektowaga. She was 54.

A co-founder of the Pro Choice Network of Western New York in 1989, Ms. Hoppe won many awards for her legal work and community involvement.

Her wife of four years, Mary Van Volkenburg, said, Ms. Hoppe was "kind, considerate, accepting, tolerant, generous, very generous, smart, clever, creative — I could use a thousand words to describe Berni but it wouldn't be enough. And she was the most loving wife anybody could ever ask for."

Ms. Hoppe was born in Poughkeepsie. Five days after graduating from Pine Bush High School, she entered the Army Reserve intending to enroll in medical school education, but the military was not a good fit, said Van Volkenburg.

Ms. Hoppe said in a biographical statement that she preferred to work with "poor and underserved individuals and communities, particularly women with substance use disorders and pregnancies." Her work in the field of HIV/AIDS was focused on women.

Early in her career, she was a counselor at Haven House, then at Erie County Medical Center. She was marketing manager and managed care administrator for the Geneva B. Scruggs Community Health Center, then became coordinator for Community Action for Prenatal Care.

In 2004, she founded the law practice of Hoppe & Associates Inc., which specialized in family law, especially for same-sex couples. She retired in 2018 to focus on her health.

Ms. Hoppe started work as an adjunct instructor at UB in 1987. She also taught at SUNY Brockport and Old Dominion University in Norfolk, Va. In 2006, she began teaching at the UB law school.

Starting in 1988, Ms. Hoppe was host and producer of the 100-episode public access television show "Focus on Women."

In 1995, she co-founded Women's Gifts, an annual one-day market event, and in 1997, she became editor of the magazine "her." She was a player in "Ladies of the Lake" satirical theater troupe.

Ms. Hoppe sewed most of her own clothing, was a jewelry maker and lifelong vegetarian cook.

In her biographical statement, Ms. Hoppe wrote, "Mary is the best partner that anyone could possibly ask for on the horrifying roller coaster of cancer. I’m going out of this world with a great wardrobe and supported by an amazing group of friends and family."

Besides her wife, Ms. Hoppe is survived by two brothers, Timothy and Michael Hoppe; and a sister, Anne Hoppe.

A memorial service will be held at 11 a.m. March 23 in Evergreen Commons, 67 Prospect Ave.