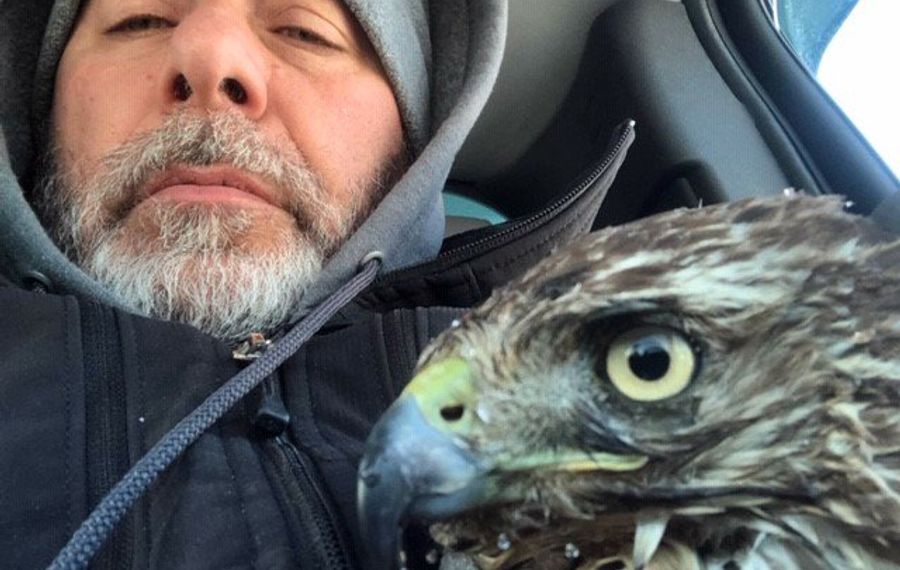 An adult red-tailed hawk rescued by an Amherst Highway Department worker is in guarded condition Wednesday at the SPCA Serving Erie County and faces an uncertain recovery from hypothermia, starvation, a head injury and blindness.

Laborer Tim Boyle found the hawk lying in the snow Tuesday morning while he cleared a ditch on Meadowstream Drive in Snyder. Boyle carefully gathered up the bird, brought it into his truck to warm it up and contacted Amherst police. An animal control officer brought the hawk to the SPCA in West Seneca.

Highway workers are out in the field on a regular basis and frequently come into contact with animals, some in distress. Crews last year rescued some baby ducks from a sewer on Sweet Home Road.

(1 of 2) Amherst Highway to the rescue!
Amherst Highway employee Tim Boyle spotted this adult red tail hawk on Meadowstream Drive. The hawk was frozen. Tim brought the hawk into the truck and wrapped it in a blanket to try to warm it up. pic.twitter.com/AvXoFlC0kt

The red-tailed hawk is common to this area, said Barbara Haney, the agency's wildlife director. This bird, which is about a year old, suffered head trauma that caused it to lose its sight, it is emaciated and it was coated in ice and snow when it was brought in, she said.

"We were wondering if it would make it through the night," she said.

The SPCA doesn't know what happened to the bird, but Haney assumes the winter took a toll on it before it suffered the traumatic injury.

Agency staff are feeding the bird through a tube, giving it fluids, keeping it in an oxygen chamber to help it heal from the head injury and limiting human contact as much as possible to avoid stressing out the animal, Haney said. It won't be known for some time whether, and to what degree, the hawk will recover.

If the hawk doesn't regain its sight, the SPCA would be forced to euthanize the bird because it couldn't survive in the wild and it wouldn't be humane to keep it in captivity in that condition, Haney said.

"It may not have a happy ending," she said.