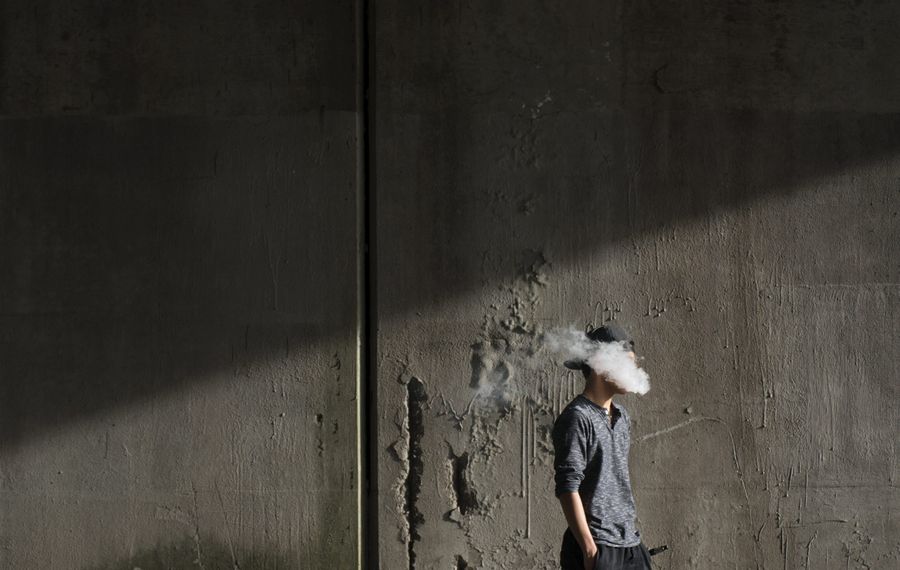 ALBANY – The state Assembly voted overwhelmingly Wednesday to ban the purchase of tobacco products and electronic cigarettes to people under the age of 21, a move expected to be followed in the coming weeks by the state Senate.

Smoking “is a great cost to individuals and families … As a former smoker, I know that," said Assemblywoman Linda Rosenthal, a Manhattan Democrat and sponsor of the bill in the Assembly.

The measure was approved 105-23 in the Assembly; it advanced in the committee process last week in the Senate, where a number of anti-tobacco measures also are moving toward likely passage this session.

Nearly two dozen localities, from Chautauqua and Cattaraugus counties to New York City, already have 21 on the books as the minimum tobacco purchase age. The measure approved Wednesday would set a new statewide floor of 21.

The measure makes it illegal for stores to sell tobacco products and e-cigarettes, which are vapor products that are increasingly luring teenagers to their use, to anyone before their 21st birthday. Backers believe making it more difficult for older teens to obtain cigarettes will dissuade many from taking up smoking in the first place, thereby reducing the odds that they take up the habit as adults. Most adult smokers today say they started smoking as teenagers, studies have shown.

“The key to reducing the number of smokers in New York is to stop them before they start," states a bill memo accompanying the legislation.

But the measure also had some industry support. “We agree that the current trends in underage e-vapor use must be addressed. Tobacco harm reduction for adults cannot succeed without effective measures to reduce underage use of all tobacco products," Altria Group Inc., the Richmond, VA-based parent company of Philip Morris USA.

Critics had a mix of reasons for opposing it. Some lawmakers said it makes little sense that an 18-year-old – considered an adult who can vote, serve in the military and be elected to the state Legislature – cannot also buy legal tobacco and e-cigarettes products until they are 21.

The New York Public Interest Research Group, which represents public university students, called the measure discriminatory against people under 21 and one Republican assemblyman, Jake Ashby, who has served in Iraq and Afghanistan, voted against the bill because he said it did not carve out exceptions for service members serving on military bases in New York, such as the Army’s Fort Drum.

Assemblyman Andrew Goodell, a Jamestown-area Republican, voted for the raise-the-age tobacco bill. But he said the measure does not go far enough to address tobacco and e-cigarette industry advertising that targets children and flavored e-cigarettes that are attractive to teens. He also said the bill lacks any sort of civil penalty for those under 21 who do smoke.

“The crazy thing about this bill is you can’t buy cigarettes if you’re under 21 but you can smoke them in front of the police station even if you’re 13 years old," Goodell said.

The assemblyman added that the measure – as Rosenthal pointed during the Assembly floor debate – does not address enforcement of the new higher purchase age on Native American retailers, such as the long-flourishing tobacco business on Seneca Nation reservation lands.

Goodell’s home county, which has a 21 minimum tobacco purchase age, has a significantly higher smoking rate than the rest of the state because of access to cheap cigarettes at Seneca outlets. “This bill does nothing to address that," he said.

The Buffalo News reported Sunday that the tobacco industry, which has largely been ignored by the Cuomo administration and state lawmakers for much of the past decade, is suddenly playing defense in 2019 after the Senate flipped to Democratic control.

A number of anti-tobacco measures, which died over the years in the Senate, have been advancing this year, including the raise-the-purchase-age bill, bans on flavored e-cigarette liquids, prohibition on tobacco and e-cigarette sales at drug stores and new licensing standards for e-cigarette sellers.

In a statement after the bill passed, Cuomo applauded the Assembly's passage of the minimum purchase age bill; he included the same provision in his budget plan in January. "The lifelong health effects and human misery caused by tobacco use cannot be understated and New York needs to do everything in its power to keep tobacco products out of the hands of our young people,'' Cuomo said.

Asked if the Senate will pass the purchase age bill, Senate Majority Leader Andrea Stewart-Cousins, a Westchester County Democrat, said her house is considering it. "Whether it's in the budget or out of the budget, we're still talking about it,'' she told reporters Wednesday.

New York State was once a leader among states in tobacco control efforts on everything from taxation to use of tobacco products in public places. Officials have long said state taxpayers spend billions each year on treating tobacco-related illnesses in public health programs like Medicaid.

“Having lost a sibling to lung cancer because of an addiction to smoking, I think this is crucially important. If I had it my way, it would not be a legal substance because it has caused so much devastation to so many families," Assemblywoman Deborah Glick, a Manhattan Democrat, told her colleagues of her feelings about tobacco use.