This might be a confusing week for your stomach.

While Monday and Tuesday are largely dedicated to gluttony - akin to a groundhog feasting before hibernation - Ash Wednesday kicks off the 40 days of sacrifice for Catholics during Lent.

Buffalo offers plenty of events for the jovial mood of Tuesday - from Polish sweets and a Chippewa Street bar crawl with fireworks - but doesn't slow down for the latter half of the week, with a Taste of Vegan celebrating a growing group of Buffalo plant-based eaters and a few heavy shows to take your mind off what you've given up, at least briefly.

Chrusciki Bakery and White Eagle Bakery - two year-round Broadway Market vendors - will fly through paczki on Tuesday, as the Polish doughnut-like dessert stars on the last day before Lent. News food editor Andrew Galarneau tells you a little about the delicacies - and who sells them.

Docenko will be called upon to handle the music from 11 a.m. to 1 p.m., and the event will double as a chance to check out a swath of new vendors at the market, as well as check up on the progress of the new Kitchen @ the Broadway Market.

[Photos: Smiles on Paczki Day 2018 at the Broadway Market] 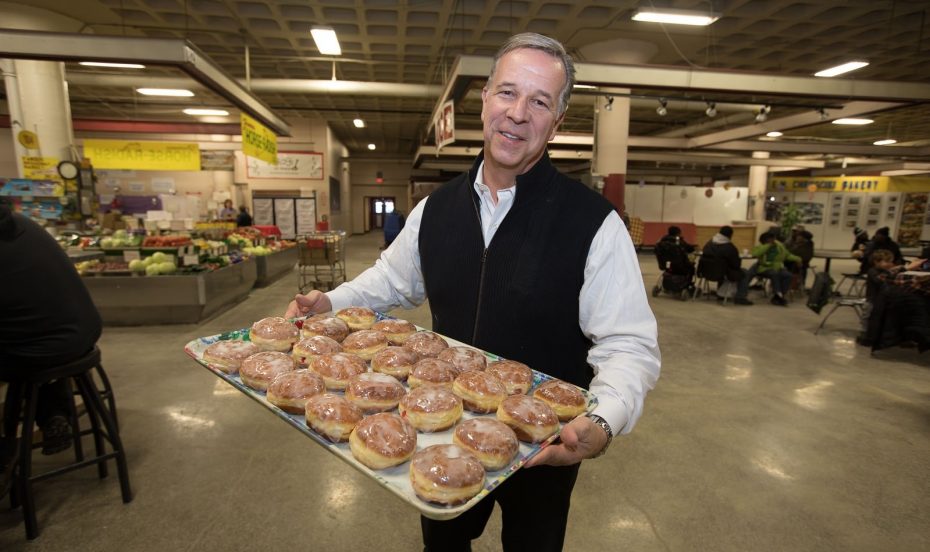 A tray of paczki at the Broadway Market on Paczki Day 2018. Tuesday marks this year's celebration. (Chuck Alaimo/Special to The News)

Fireworks are scheduled for 7 p.m. at Chippewa and Franklin streets. Many of the participants - who can be found here - will offer French Quarter-style fare, while street entertainment adds some New Orleans flair to the proceedings.

Last year's biggest Mardi Gras party was in Allentown, and that was quite the scene, judging by this Smiles gallery.

[Stay tuned to BuffaloNews.com for a list of Mardi Gras parties to know]

In French, Mardi means Tuesday, while Lundi means Monday. The rhyming was unintentional. Louisiana-fueled bar-restaurant Toutant, which recovered quickly from a third-floor flood that soaked much of the restaurant's dining areas and some of its equipment, presents a festive bash with freshly made King Cake (please do not eat the plastic baby), $5 frozen daiquiris, other drinks specials include New Orleans-inspired Hurricanes and Hand Grenades.

A menu of French Quarter fare will balance out all the drinks, and beads, trinkets and more will be doled out. Costumes are encouraged and rewarded.

The entertainment remains partly the same as Thursday, with polka great John Gora and DJ Red on the bill alongside the Harmony Polish Folk Ensemble, the Polish Heritage Dancers and Rodzina. Paczki will be sold, too.

More than 30 vegan foods and desserts will be presented by the WNY Vegfest crew in Resurgence Wednesday, with beers available from the host brewery. The six vendors are recently transformed The Globe in East Aurora, Mama Rosa's Kitchen (Cuban), Yeah! Pierogi and Buffalo Plant Burger for food, Bootleg Bucha for non-alcoholic drinks and 96 Lives Vegan Bakery focusing on desserts.

The vegan and plant-based eating movement has caught hold in the Buffalo area, with Root & Bloom thriving and several other restaurants raising their games.

[Photos: Look back at Smiles at the two Taste of Vegan events - in March and November - last year]

Country music can be quite confusing. Just think: Rodney Atkins, Rhett Akins and Trace Adkins are all different people! The first musician in that list headlines WYRK's biannual acoustic show; Atkins has played the country circuit for more than 20 years, already boasts a greatest hits CD - his last release in 2015 - and his "Caught Up in the Country" album is scheduled to come out this spring.

Maddie and Tae, who just released a single called "Tourist in this Town," and Mitchell Tenpenny are the support, and a post-show party will be held at Santora's Pizza Pub and Grill (1402 Millersport Highway, Amherst). 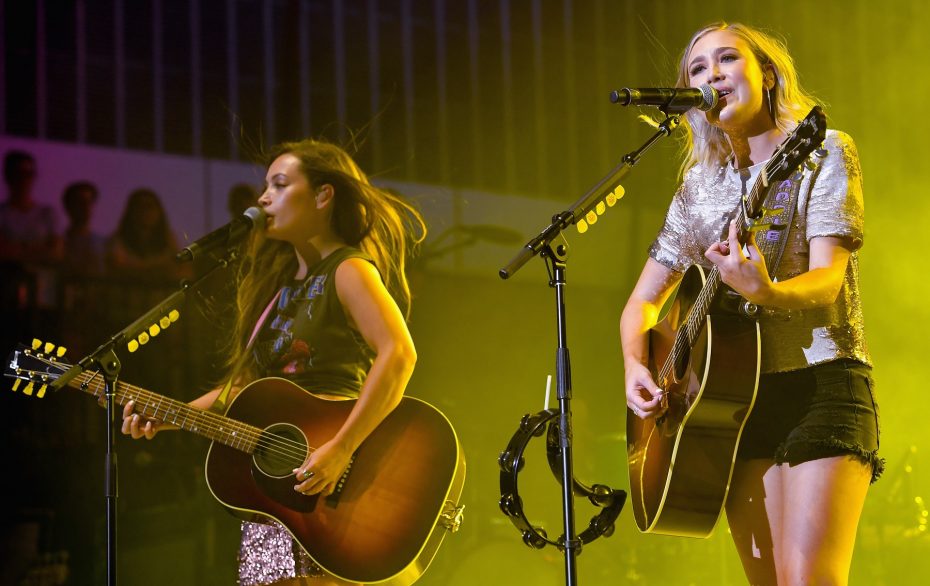 Habitat For Humanity Buffalo presents a beer-based fundraiser at the Barrel Factory, with local beer, food and spirits, a cigar bar, silent auctions and beer-based games to benefit the organization, which promotes home ownership, skills for renovation and interest-free mortgages for low-income families.

A Tanzanian refugee family just moved into a house on Manitoba Street dubbed the "House that Beer Built," with funds stemming from beer events with local breweries in conjunction with Habitat. The News' Phil Fairbanks has more details here.

More than 30 years ago, members of Buffalo underground death metal bands Leviathan, Tirant Sin and Beyond Death merged together to form Cannibal Corpse, and as the group's profile rose, the death metal stars moved to Tampa Bay and developed into one of the genre's biggest names.

Wednesday's show is a homecoming of sorts as, despite considerable turnover in the band, Alex Webster and Paul Mazurkiewicz are the two remaining from its Buffalo birth. (There's also another bandmate nicknamed "Corpsegrinder," so there's that). Cannibal Corpse's most recent work is 2017's "Red Before Black."

The electronic duo of Chad Cisneros and Dave Reed has survived the party lifestyle associated with genre, which often leans toward alcoholism and drug use, despite struggles by both members.

While pleasing fans through its interpretation of progressive house, Tritonal also supports mental health organizations, as royalties from "Love U Right" benefited the National Alliance for Mental Illness, according to Billboard.

Sold out: Pinegrove's show in Rec Room on Thursday, March 7.