ALBANY – With his sentencing on corruption charges scheduled for next week, former LPCiminelli executive Kevin Schuler is being called a “model cooperator” by federal prosecutors who are suggesting to a judge that she has considerable leeway to reduce his penalty.

“From the outset, Schuler demonstrated a firm commitment to accepting responsibility for his misconduct and answering the governor’s questions candidly," wrote the four assistant United States attorneys who handled the Buffalo Billion case.

U.S. District Court Judge Valerie Caproni is set to sentence Schuler March 15. The federal government’s memo, along with 30 letters of supporters seeking leniency, will have proven instrumental if Schuler’s bid to avoid prison time is successful.

“His cooperation enabled the government to bring to a successful conclusion a major prosecution of corruption and fraud involving the highest levels of state government, wealthy businessmen and hundreds of millions of dollars of taxpayers’ money," prosecutors wrote. They said the investigation, prosecution and convictions “will be heard around the state." 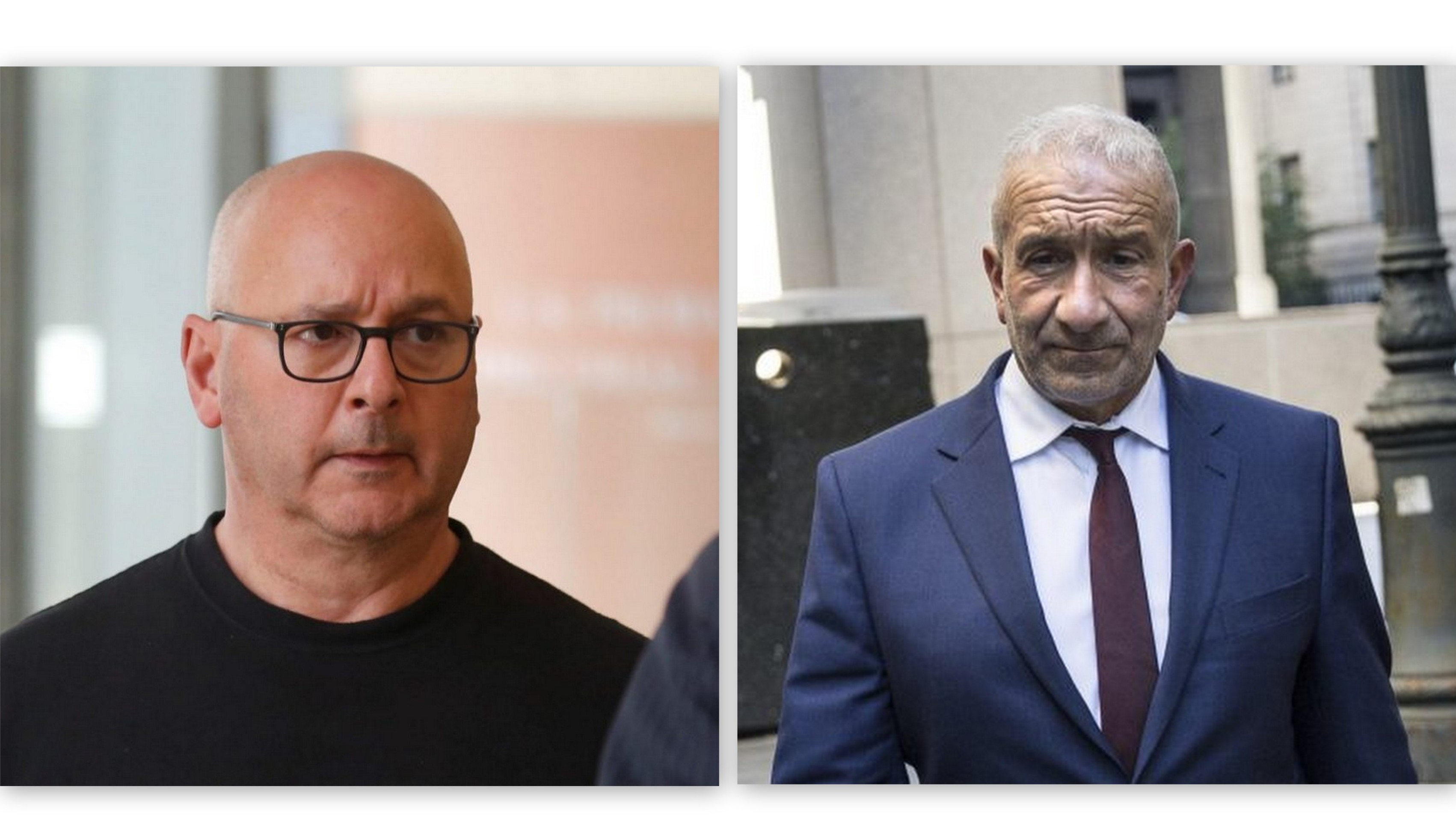 Prosecutors, in recommending the judge consider the “substantial” assistance Schuler provided the government’s legal team and investigators, noted that Schuler’s cooperation resulted in “significant harm to his reputation given that he was a public figure in Buffalo who interacted and worked with local and state government.’’ They said he “took on significant personal risk and suffered substantial harm in his personal relationships by testifying against Louis Ciminelli."

Eighteen months after he was arrested at his home in an early morning raid, Schuler, 48, pleaded guilty for his role in the affair and agreed to cooperate with prosecutors in the case against the others. Ciminelli was found guilty, as were two developers from Syrause and Kaloyeros in one of two major corruption trials that lasted for months last year in Manhattan. In all, bids totaling over $850 million in state projects were subject to corruption, the case found.

The package of leniency letters Caproni received do not have the star power of names that Ciminelli submitted for his own pre-sentencing legwork last fall. In December, Ciminelli was sentenced to 28 months in prison, though the judge let him stay free pending his appeal.

As Ciminelli faces possibility of prison, friends and allies plead for leniency

In a 28-page sentencing memo to Caproni, Terrence Connors and Caitlin Higgins, two Buffalo lawyers who represent Schuler, sought to portray their client as caught up in the swirl of corruption cases that have hit the Capitol especially hard over the past 15 years.

They wrote of their client’s first taste of Albany working for Senate Republicans when he was in his 20s.

“Indeed, this case has caused him to reflect on the gross normalization of corruption in Albany, and how it led him to where he is today," they wrote.

But the Buffalo Billion case with which Schuler was involved was no minor corruption blip. Prosecutors laid out a case, which jurors unanimously believed, that the defendants engaged in an illegal scheme that included steering a massive project – the $750 million state taxpayer investment in the solar plant at Buffalo’s RiverBend – to Ciminelli’s firm. 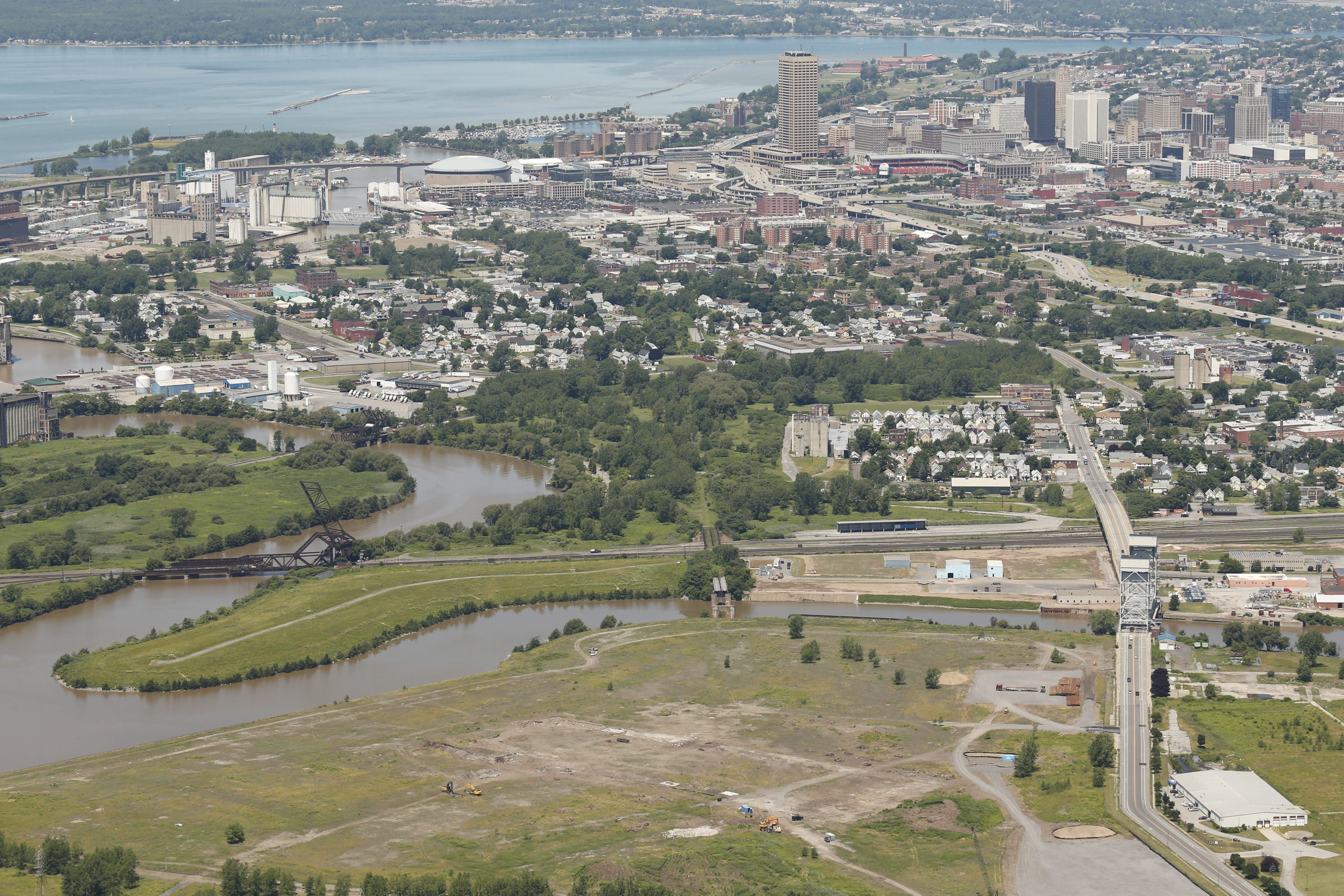 The RiverBend site on the Buffalo River in 2014. (Derek Gee/Buffalo News file photo)

Schuler “stands before this court because he committed a crime. He allowed the normalization of corruption to cloud his judgment … In sum, he allowed himself to become yet another Albany corruption statistic," the sentencing memo states.

But the lawyers said there are plenty of laws and legal opinions – as well as the probationary officer’s no-prison recommendation – that should convince the judge to keep Schuler out of federal prison.

The memo, and reference letters from his friends and family, talked of Schuler quitting his Assembly job in Albany to move home after his father in 1999 suffered a stroke while the two men attended a Buffalo Sabres playoff game. Schuler became an “essential” caregiver for his father, which continues to this day, the papers state.

Schuler joined the Niagara Business Alliance and then became vice president at the Buffalo Niagara Partnership, the region’s main chamber of commerce group. He became involved in Niagara tourism efforts and served nine years on the board of Niagara County Community College.

Schuler met more than 30 times with investigators in New York City after he pleaded guilty in March 2018. He told of the conduct of Ciminelli and Michael Laipple, another former LPCiminelli executive who was arrested in the case but later saw all charges against him dropped.

Schuler’s lawyers said he provided “essential evidence” to the case that prosecutors did not possess, including a “key” document and text messages relevant to the case. Without his assistance, “the crimes charged in the indictment would have gone unpunished altogether," the lawyers wrote.

Thirty letters of support were sent to the judge on Schuler’s behalf, including from his parents, his wife, a neighbor and people with whom he worked over the years. Stephen Brady, a longtime National Grid spokesman, turned to Schuler for local business and family matters; he urged leniency.

Kelly Brannen, CEO of Niacet Corp. in Niagara Falls, said Schuler’s outlook has changed since the episode began. “It changed from the idea that ‘this is how things get done in Albany’ to one of 'this is not how to do things. This is not how I should have conducted myself and there is no excuse. I was wrong,'" Brannen wrote.

The documents were filed into a court tracking system late Friday.

“He is a good man, an honest man who made a mistake," wrote Julie Schuler, his wife.

All of those letters from friends and family might help convince Caproni, but none will be as effective as the six-page letter written by the four prosecutors.

“The opportunity for this fraud arose from New York Governor Andrew Cuomo’s initiative – referred to broadly as the Buffalo Billion – to invest a billion dollars in the upstate New York region in an effort to revive upstate economies and bring jobs back to the region," the prosecutors wrote the judge.

They called Schuler's testimony "compelling and credible" and said he took responsibility for his misconduct.

“Schuler took seriously his obligation to provide a truthful account of the events that had transpired, and he did so unflinchingly," the prosecutors wrote.