A job in a brewery or distillery might seem sexy to those bellied up to a bar, but it takes someone handy to work with equipment used to master those crafts.

Turns out that local beer and spirits makers often can be handy building houses, too. Several of them volunteered in 2018 to gut, then rebuild a home on the East Side as part of the first House that Beer Built fundraiser for Habitat for Humanity Buffalo.

The contingent will celebrate Thursday as it continues raising money for the next related house with a Hammer & Ales event in the Old First Ward.

"This is a reflection of our community," said Stephanie Lawson, development and communications manager with the Buffalo Habitat chapter.

The fundraiser runs from 5:30 to 9 p.m. March 7 at the Barrel Factory (65 Vandalia St). The $45 cost includes tastings from a dozen participating breweries and distilleries, as well as food from local restaurants. Buy tickets at habitatbuffalo.org and, if available, at the door.

Last year’s House that Beer Built effort raised $80,000 for a new house on Manitoba Street which was dedicated last month. It included money raised during Hammer & Ales in 2018 and sales of a craft brew card that costs $30 and includes one free drink ticket for 25 establishments in the region. About 100 of the 2019 cards remain; they can be purchased at Transit Lanes in Amherst and at the Thursday fundraiser. 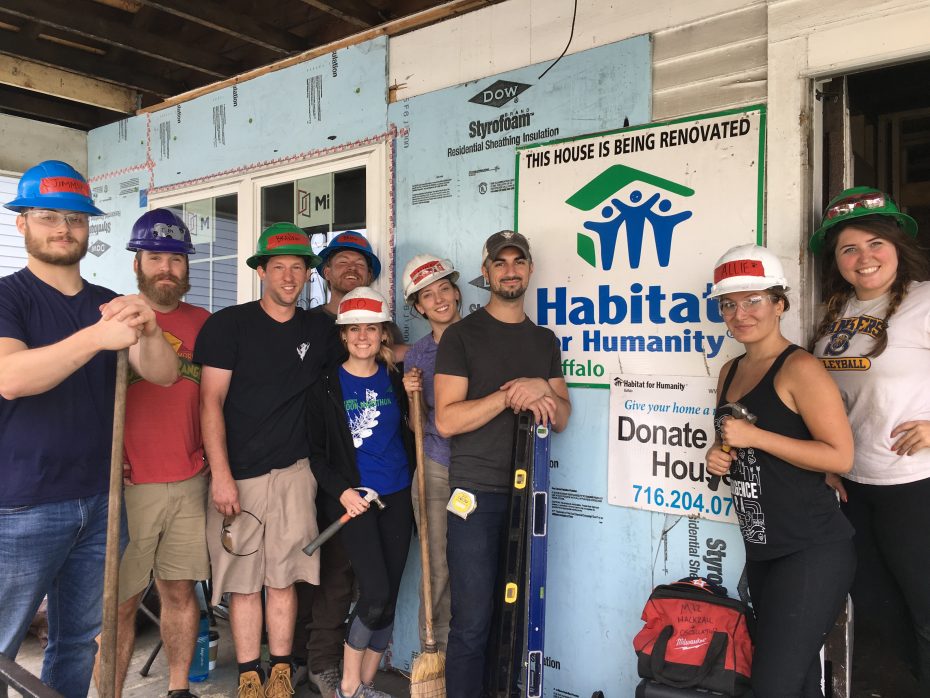