With only three homes remaining up for sale in Colvin Estates, developer Marrano Homes is ready to start work on the next stage of a project that will build 74 new homes and more than double the size of Buffalo's newest housing neighborhood.

But it also has to address some drainage problems that sent rats scurrying and caused flooding for neighbors on adjacent streets during the previous round of construction because the new homes' backyards are higher than those of the older houses.

Marrano – part of Marrano/Marc Equity and one of the area's biggest homebuilders – has finished construction on all but one of the 34 home sites that it took over last year on Rachel Vincent Way. That's the street that runs between Colvin and Starin avenues in North Buffalo, where the new subdivision is located.

The project, however, has not gone without a hitch since it began under former owner David Gordon and developer David Burke.

The Colvin Estates land is higher than the homes on St. Lawrence Avenue to the north and Taunton Place to the south. So after crews started clearing the land by removing 300 trees in the first two phases of the project, stormwater from rain and snow had nowhere to go but down – right into the backyards and basements of the neighbors, where it bubbled up from underneath.

"We have horrible flooding we never had before," said Katherine Malik, who lives on St. Lawrence. "That water has to go somewhere."

Many of those neighboring houses don't have sump pumps, because they never had water issues before. Dirt is piled up behind some of the houses, along the property lines, so "when it rained, a river of mud came into our homes," said Cathy Kazukiewicz, who lives on Taunton.

"It got so bad that somebody else called the streets department to check the sewer because it was getting overloaded with this dirt," she said. "It's just been a nightmare. I had to rent a dumpster to get all the things out of my basement." 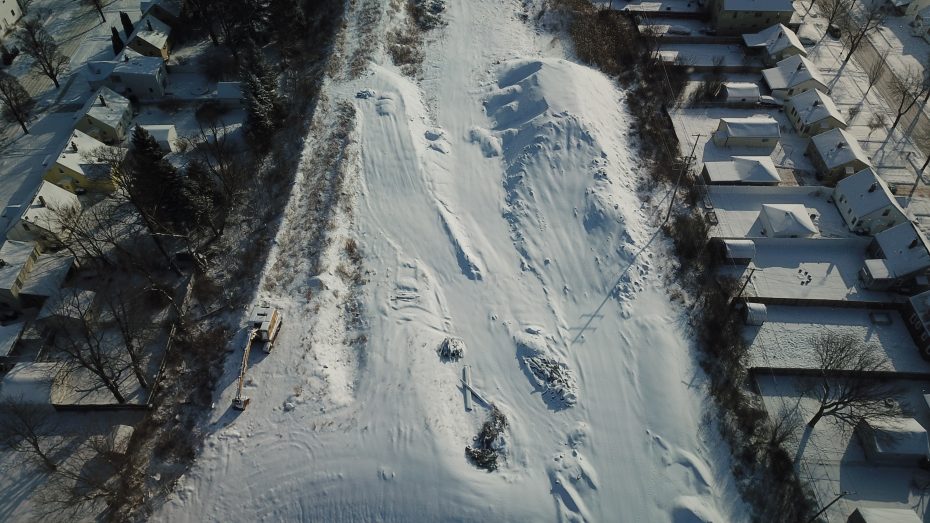 Neighbors of the new Colvin Estates subdivision in North Buffalo have complained about flooding and vermin after trees were cleared for the project. (John Hickey/Buffalo News)

Malik said the problems stemmed from the removal of the trees, which were not replaced with new vegetation. She also complained that Marrano conducted a soil assessment on the berm, not the actual ground, prior to starting its work, so the test was faulty. Neighbors also are worried that the soil that was dug up from around the former train tracks could be polluted.

The construction activity also disrupted wildlife in what had been a wooded area, driving rats and other animals out of their hiding places.

"We had vermin infestation," Kazukiewicz said. "From mice to rats to things I don’t even know. They looked like woodchucks. They were huge. We all ended up with them in our homes."

One deer had to be shot by wildlife officials after it became stuck in a mangled fence.

"The wildlife has nowhere to go," Malik said.

The rest are either sold, have a house already built and ready for purchase, or are at least under construction, said John Manns, executive vice president of marketing. Three homes are ready "for immediate occupancy," while the remaining lot will be used for a future model home to market the next phase, he said.

"I anticipate they will be sold quickly, as we have strong interest, and more demand than we can supply," Manns said.

That's why Marrano is moving to the next and final phase of the development, with 74 additional home sites, as the developer completes the project heading east toward Starin. Marrano has started the engineering and design work, and Manns said the company expects to start construction in the spring of 2020. 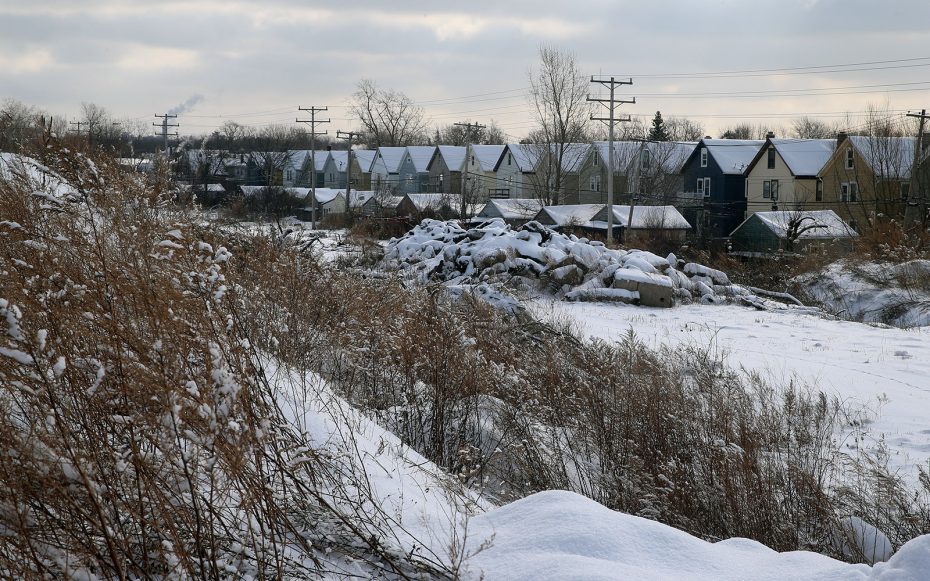 Work for the Colvin Estates subdivision is being done where railroad tracks once ran behind homes on St. Lawrence Avenue and Taunton Place. Neighbors are concerned about the effects of the construction on their neighborhood. (John Hickey/Buffalo News)

"It will be a big job," he said. "We are currently taking lot reservations for the next phase and expect it will sell just as fast as the previous phase did."

The neighbors are worried that the problems will only get worse once the third phase kicks off.

"A lot of the people in Phase 1 and 2 are having issues, so the people in Phase 3 are concerned that that's going to happen to us," said Malik, one of the two designated co-chairs of a new block club being formed to represent residents of all three streets – St. Lawrence, Taunton and Rachel Vincent. "It's just been kind of a messy thing."

Residents have complained to Delaware District Common Councilmember Joel P. Feroleto, who said city inspectors have gone out numerous times in response to assess the situation and determine if action was needed. Even so, Kazukiewicz said, "nothing was ever done."

But Oluwole McFoy, general manager of the Buffalo Sewer Authority, said the agency is “aware” of the situation, and has met with Marrano and the Department of Permits and Inspections to pursue a solution.

“I understand what they’re talking about. I’ve seen what’s on site. I’ve had my inspectors out there,” he said. “Right now, what they’ve been doing is authorizing cleanups and pumping out of any water concerns, but frankly, that’s not good enough for the city. So we’re waiting for them to come back with an engineered solution so we make sure they deal with the situation.”

David DePaolo, Marrano's executive vice president for land development, acknowledged the drainage problems, which he blamed on the slope of the ground, and said the firm has responded to any complaints it received. "That was during some heavy rainstorms hitting the area at an odd time when we were developing the home sites. None of that is going on anymore," he said. "When the site dries out a little bit this spring, we're going to be doing some grading out there that will address those issues."

Meanwhile, Marrano is also modifying its street plan for the neighborhood, by doing away with a full-size roundabout in the middle of Rachel Vincent Way and instead putting in a connector street running north to St. Lawrence at Gunnell Avenue.

The additional road provides another access to the neighborhood for emergency vehicles, using land that Marrano already owned as part of its purchase of the entire property. The connector would have stop signs on both ends, but traffic would not stop on Rachel Vincent, based on recommendations from the Department of Public Works, Marrano officials said.

The change was made because the roundabout was not a good idea from an engineering perspective, DePaolo said.

At the same time, though, "better traffic-calming measures are available now," he said, so city engineers urged the developer to put in "speed tables" on Rachel Vincent to control the flow. That means large portions of the road would be raised – much wider than just a speed bump.

That's backed by residents of Colvin Estates, DePaolo said. "They were concerned that speed enforcement on a straight-through road from Colvin to Starin might be difficult," he said. "This introduces another way out."